Authored by Thomas Lifson via AmericanThinker.com

A new police state has been established just north of the states of Minnesota, Michigan, Ohio, Pennsylvania, and New York.  The Province of Ontario is home to over 38% of the population of Canada and is 55% bigger in area than the State of Texas, and it is now acting like a nightmarish police state. 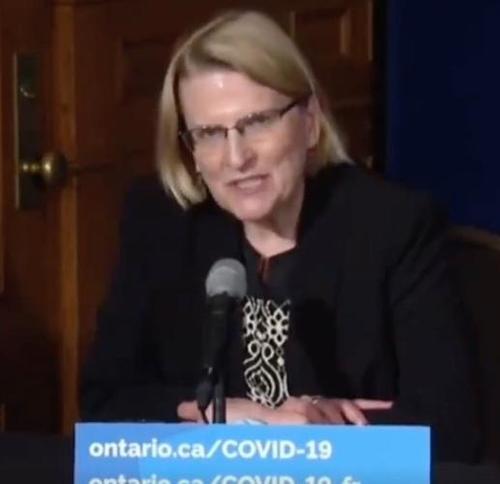 The Ontario government is giving police temporary powers to enforce its stay-at-home order and allowing them to stop individuals and vehicles and ask their reasons for leaving their homes.

Solicitor General Sylvia Jones made the announcement Friday afternoon as part of the new measures introduced by Premier Doug Ford’s government to stop the further spread of COVID-19.

“We have made the deliberate decision to temporarily enhance police officers’ authority for the duration of the stay-at-home order. Moving forward, police will have the authority to require any individual who is not in a place of residence to first provide the purpose for not being at home and provide their home address,” Jones said.

“Police will also have the authority to stop a vehicle to inquire about an individual’s reason for leaving their residence.”

So much for freedom of movement or assembly.  Unless the police deem your presence outside your prison cell home essential, you could be in for trouble.

Those who will not comply will be issued a ticket, Jones said. The province has not provided further details on possible fines, but she said under the Emergency Management and Civil Protection Act, penalties for non-compliance are set at a minimum of $750.

I find the excerpts from the news conference announcing these changes deeply troubling, just looking at the faces and listening to the tone of these authoritarians as they try to justify their seizure of power over the details of ordinary life.  George Orwell would recognize them:

Ontarian police and local authorities are not necessarily enthusiastic about exercising these new powers to detain citizens and examine their motives for daring to leave home:

A spokesperson for the Toronto Police Service said they are reviewing the new orders.

“Prior to any change in our enforcement strategy, we will notify the public on how we plan to implement the new provincial orders,” spokesperson Allison Sparkes said.

Several police services have said Friday that they will not be randomly stopping people. They include Waterloo Regional Police, Peterborough Police, Guelph Police, London Police and Ottawa Police. 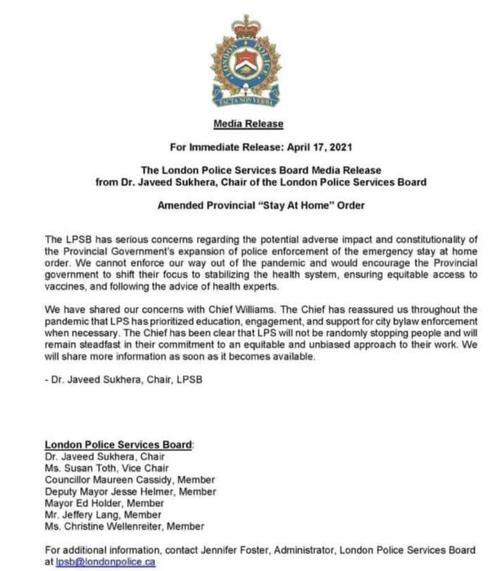 Toronto Mayor John Tory expressed his concerns over the new police powers, saying in a tweet that he will review the regulations carefully and will discuss them with the medical officer of health and the police chief.

Mississauga Mayor Bonnie Crombie also said stopping people arbitrarily “is not how we get control of the virus.” She added that she will speak to the chief of Peel police and public health to look at how it will be enforced.

It sounds as if the provincial authorities are drawing their inspiration from China’s early response with drastic lockdowns.  At least so far, they are not discussing welding doors shut to trap people inside.  They might also consider the disaster across their own border in Michigan, where Governor Gretchen Whitmer’s drastic lockdown regulations have led to one of if not the worst problems with COVID in the United States, while  free states like Texas and Florida do much better.

I’d be a lot more impressed if, instead of trying tom keep people indoors, where the virus spreads far more readily than outdoors, they focused in early therapeutic intervention in cases of COVID, using ivermectin or hydroxychloroquine, both widely used and relatively benign pharmaceuticals, that inhibit reproduction of the virus and often have been shown to slow and even stop the effects.