Authored by Zachary Stieber and Jan Jekielek via The Epoch Times,

The rapidly escalating pressure on many Americans to get a COVID-19 vaccine is undermining trust in public health, according to Martin Kulldorf, a professor of medicine at Harvard Medical School. 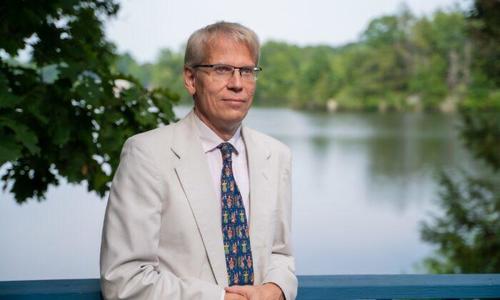 New York City became the first major metropolitan area in the United States this month to require proof of vaccination to enter numerous businesses, including gyms and restaurants. Other cities and states are imposing vaccine requirements on workers, including police officers and nurses.

“At best, it’s sort of a very coercive way to get people to vaccinate, and I think that’s very bad for public health,” Kulldorf, also a professor of medicine at Brigham and Women’s Hospital, told The Epoch Times’ “American Thought Leaders.”

“One reason is that, why do you coerce people who are immune, or people who are young, who have very small risk, when the vaccines are much more needed for older people in other places? So that’s an ethical aspect to it. I think it’s very unethical to do so,” he added.

Kulldorf has long worked on vaccines, including messaging surrounding the shots. A key aspect is maintaining confidence in vaccines so many people get them, achieving herd immunity.

What the vaccine, I would call them vaccine fanatics who are demanding vaccine passports and vaccine mandates, pushing for that—they have done more damage to the confidence in vaccines than these so-called anti-vaxxers have ever been able to do,” Kulldorf said.

Proponents of the vaccine verification requirements, colloquially known as vaccine passports, say the mandates increase uptake of the vaccines, helping protect the wider society, including populations who cannot at present get a jab. They also argue that people who don’t want to get a vaccine don’t have to. If they’re fired, the line of thinking goes, then they can just get a new job.

But the push to vaccinate is backfiring among some Americans, who question why there is such a strong crackdown on those who don’t get a vaccine. The mandates also by and large don’t address a key issue: natural immunity, or the protection people who recover from COVID-19 enjoy against the virus that causes it.

“Why do you have to force somebody to take the vaccine if it’s so beneficial to you? That’s sort of one rationale,” Kulldorf said.

Even if people are coerced into getting a jab, “it will turn them off from public health, it will make them distrust public health and turn off from other vaccines that are not mandatory,” he added.

“So it has sort of ripple effects on other aspects of public health that are very unfortunate.”

The Sweden native noted that confidence in vaccines remains high in his homeland, where no mandates are in place.

“It’s completely voluntary, and I think if you want to have high confidence in vaccines, it has to be voluntary. There shouldn’t be any mandates,” he said.