Friend of Zero Hedge and Cornell Professor Dave Collum appeared on the Quoth the Raven podcast this week and offered his unfiltered (and often profane) 2 hour long take not only on the development of the Delta variant hysteria, but also on Dr. Fauci, vaccinations and the state of lockdowns across the globe.

The duo of Collum and podcast host Chris Irons first talked about Dr. Anthony Fauci, the director of the U.S. National Institute of Allergy and Infectious Diseases (NIAID) and the chief medical advisor to the president, whom Collum referred to as a “pathological liar”.

When asked about the FOIA request for Fauci’s emails, Collum responded: “They were heavily redacted. One could only imagine what the redaction was. I got the feeling, reading the emails, Fauci was smart enough to know to not, himself, say anything. So Fauci didn’t say incriminating things, it was emails to Fauci that were incriminating.”

Collum also took exception with the state of the country locking down again. “This is where it just keeps getting darker,” he said. “It started out as ‘flatten the curve’ and that made total sense…at the time it seemed like the scramble was to try and understand it, which I gave credit for them. It was really garbled because everything was ‘Anti-Trump’ at the time…but where I went off the rails is that it was looking like the pandemic was starting to subside and they weren’t stopping.”

He continued: “So now what I see, what is confounding to me, which takes me down really dark places. I see panic. Panic, authoritarian levels that we vaccinate. And it’s Soviet style propaganda, it’s coercion, it’s bludgeoning.” 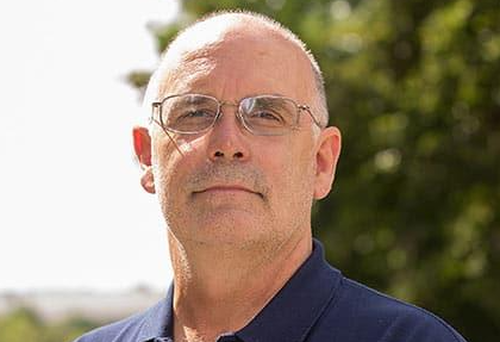 Collum and Irons then discussed the lab leak theory, which Irons had ruminated about in-depth during a previous podcast days earlier.

“I’d call it a crime against humanity,” Collum said while talking about on the possibility of a lab leak cover-up.

“It’s interesting to look back now know what we know about Fauci’s communication,” host Chris Irons says. “It does look like a cover-up. What else are we going to find out? It’s been 18 months and the idea of a lab leak has gone from ‘completely batshit conspiracy theory’ to ‘this is the most common sense explanation’.”

“It’s not just that,” Collum responds. “Serious biochemists have looked at the sequencing and said ‘that does not make sense’.”

“There’s no ethical guidelines for some of the egomaniacs in science,” Collum said.

“To vaccinate kids is nuts,” he says. “And you know what else is psychotic? The moment where it crossed the dotted line was December 2020. The vaccine had been out for a very brief period. The CDC Tweeted, I can recite it almost verbatim, although there are no studies, there’s no reason pregnant women shouldn’t get the vaccine.”

He continued, exasperated: “You’re telling these women who are told don’t even drink a fucking glass of wine’ to get a god damn MRNA vaccine even though there’s no studies?”

“That showed you the sociopathy of the campaign,” Collum concludes.

You can listen to the entire interview here: