New York Times best-selling author, Alex Berenson, appeared on “The Joe Rogan Experience” for a wide-ranging discussion on COVID vaccines, including why people who normally distrust industry and its influence over public policy are willing to line up for vaccines. 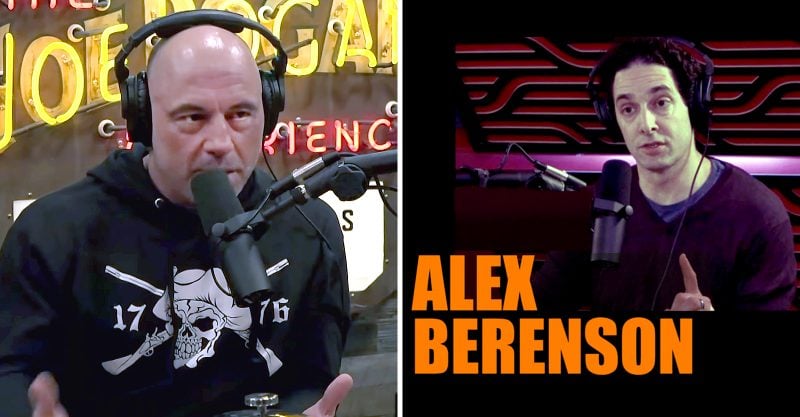 In a podcast episode released Tuesday, New York Times best-selling author, Alex Berenson, who was permanently suspended from Twitter, appeared on “The Joe Rogan Experience” for a wide-ranging, 3-hour discussion on COVID, vaccines and the pharmaceutical industry.

Berenson told Rogan the number of fully vaccinated people dying from COVID is rising, according to data in most countries. He pointed to what he claims is the best national data available, data from Israel and the UK.

“The best data we have comes out of the UK and Israel,” Berenson said. “And in the UK, at least 70% of the people who died from COVID in August were fully vaccinated, and that’s straight from British government documents.”

Berenson said Israel, which began vaccinating earlier than any other country, mandated a third, booster shot because data showed fully vaccinated people were losing their immunity and dying from COVID.

Berenson said the third shot “drives up protection in the short term, but we don’t know what the consequences of a third shot in the long term. At the moment when Israel deemed every citizen without three shots unvaccinated, there were only safety and efficacy data on a third shot for about 36 people.

This lack of data is why the U.S. Food and Drug Administration (FDA) couldn’t approve COVID boosters for everyone, and instead limited its approval of the third shots for people over age 65 and those considered “high risk” because of “institutional or occupational exposure.”

“It turns out that there’s always a price for messing with nature. So you get this really high surge of antibodies, that’s much higher than the level that you’d get by natural infection but it declines really fast … So there’s a really good paper that came out of Israel which showed that natural antibodies fall about 5% or 10 percent a month, while vaccine-induced immunity falls more than 40% per month.”

“Vaccine immunity is also tailored to one single part of the spike protein, so if the virus mutates just a little bit, that vaccine immunity no longer works, while with natural immunity, it is much more robust and affords immunity to many different kinds of COVID,” Berenson said.

According to Berenson, another paper out of Japan demonstrated that only four relatively small mutations on Sars-CoV-2 can lead to a failure of vaccine-generated immunity, but people who become naturally infected remain protected from these these small mutations.

Citing the science on natural infection, Rogan criticized the policy of mandates:

“Folks be really clear about this, vaccine mandates are a form of control. If you got your shots in January, your immunity, by all official science, is waning now, but you can still go wherever you want, but someone who got COVID a couple of weeks ago and has rock solid antibodies isn’t allowed to go anywhere indoors, I have a real concern about this.”

Berenson agreed the “vaccine mandates have absolutely nothing to do with medical realities.”

Berenson also discussed his surprise with the political left, which is normally very critical of corporate power and the sinister nature of industry influence over public policy. He gave Merck’s Vioxx as an example of how the industry is not our friend.

“I’m so struck by the left’s willingness to buy into the narrative that the pharmaceutical industry is selling,” Berenson said. “This is an industry that knowingly killed, according to the FDA’s own estimate, 55,000 people by heart attack, profited from it and then covered it up.”

Berenson covered Vioxx lawsuits for the New York Times in the early 2000’s. “So do not tell me these companies are our friends,” he said.

The award-winning author told Rogan why he believes he’s so disliked by his colleagues in the media industrial complex:

“This is the first time in history that the most educated and wealthier type of people have said ‘I wanna be the guinea pig,’ and now some of those people are finding out that maybe it wasn’t the smartest decision, and those people were publicly desperate to get vaccinated. And those people hate me, because I went to Yale, I worked for the New York Times, these people see me as a traitor to the class.”

One thought on “Alex Berenson Tells Joe Rogan: ‘Vaccine Mandates Have Absolutely Nothing to Do With Medical Realities’”