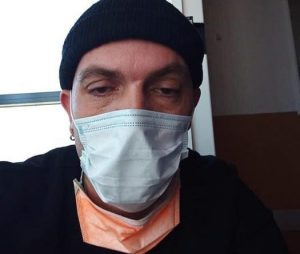 A letter in support of Simeon Cassar (10 min read)

See here for how this courageous and compassionate Australian man is being treated and then see my comment below.

The treatment of this Australian patriot is absolutely criminal behaviour. This is armed kidnapping, unlawful imprisonment, forced medication, cruel and unusual punishment, torture, treason against the sovereign People of Australia.

I’m running out of words to describe how disgusting the actions of the government and police of this country are. This is a war crime, and the first obvious instance of the crimes against humanity coming for anyone in this country who resists the tyranny, exactly what voices such as mine have been warning about.

This is how the Australian Gestapo will be treating any political opposition to the totalitarian New World Order. 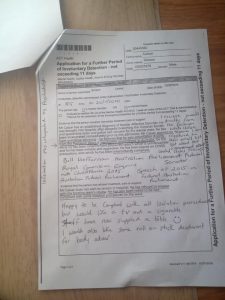 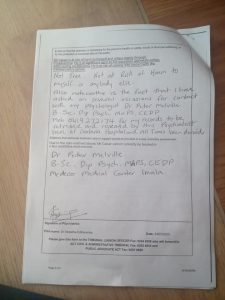 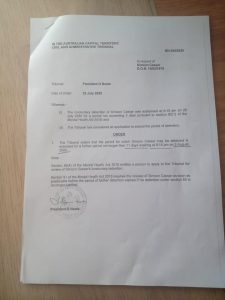 And what do you think about it, mainstream Australia? Clapping and cheering that this naughty boy was put in his place? If you answered yes, you disgust me. You disgust me as much as the corrupt government, the ignorant police and the criminal media. You’re going to get the same treatment when you finally wake up and realise that they will do the same to you no matter how obedient you are. You will hang your head in shame when you realise the evil that you have supported and the heroes that you attacked. Wake up to yourselves. Time has nearly run out.

You think these people just don’t like authority, right? You think we just don’t want to be told what to do? You think it’s just a mask? Wake. Up. We are fighting for the last remnants of our freedom, AND YOURS. But what are you going to do about it? Nothing. You’ll sit back and virtue signal with your stupid mask that does nothing but make you more likely to get sick and symbolise your slavery and submission to the dark forces. Making a loud statement that you will do whatever you are told, no matter how ludicrous. You’ll scoff at us and think yourselves smart, calling us the crazy ones, the tin foil hat conspiracy theorists. Offended by US who speak the truth, instead of being offended by the corrupt government and mainstream media that lie to you with every breath while they shepherd you into the slaughterhouse. Not only do you not have the guts to stand alongside us as we fight our oppressors, those that would enslave the whole world to their satanic agenda, but you mock us. Attack US. And defend them. Praise them for keeping you “safe”. You fall for the psychological warfare, you fall into the divide and conquer trap, you feel righteous and virtuous as you cheer for the corrupt tyrants who bully and shame the ones who fight against the evil.

All for what? Your pride? Your ego? Because you don’t want to admit they fooled you? Who cares?! Let that go! It doesn’t matter. This is an all out war if you haven’t noticed. WWIII is on, now! It’s the global tyrants vs the People. Choose a side. But beware! You will not be rewarded for being obedient. You will be enslaved and/or slaughtered.

This is not the first time in history that this has happened! Wake. Up. It is happening all over the world! Satanic child rapists and murderers pull the strings of all our institutions! It’s not a freaking conspiracy theory, this is FACT. Why don’t you believe it? Because you didn’t hear about it on tv? Because they didn’t say it on A Current Affair? No? Because all they talk about is a “virus” that represents virtually zero risk to you unless you’re over 80 years old or immunocompromised? That has been PROVEN to be less deadly than a seasonal flu? You jump through every hoop and let them destroy EVERYTHING for this? Why?! Because they gave you a few hundred dollars a week to watch Netflix and think you’re saving lives? Money they STOLE from you in the first place? The Australian Government are a foreign, illegitimate administration, administering a bankrupt CORPORATION. The POLICE are foreign mercenaries. Wake up. You are slaves, and you don’t even know it. But you will realise soon enough. Here’s a suggestion. Rather than waiting for them to shuffle you off in box cars to the covid19 quarantine centres “for your safety”, how about just rising up now, learning the truth of the reality you live in and getting on the right side of this war before it’s too late?

No. Evil doesn’t really exist. After the Nazis evil was gone forever. I mean after communist Soviet Union, evil didn’t exist, I mean after communist China evil didn’t exist, I mean except for communist China evil doesn’t exist. Socialism definitely isn’t communism in disguise. Socialism isn’t evil. A global New World Order is good, trying to protect national sovereignty is racist. We don’t need guns for self defence. Martin Bryant’s shooting wasn’t a false flag to justify disarming the People so we couldn’t fight back when the plan came to this very point, that’s a conspiracy theory. Corruption doesn’t happen in Australia. Australia is different from every other country in the world at any other time. Everything is perfect here and politicians, police and other authorities are all perfect and incorruptible.

I’m so glad I live in Australia where nothing bad could ever happen. I don’t even need to worry because it will stay like this forever even if I don’t pay attention, take an interest or research anything on my own. I don’t know how to anyway, only people with a PhD know how to research. I’m confident that channel 7 news and Sunrise and 60 Minutes will keep me informed. I know it’s biased but I’m smart enough to see through all that. I’m intelligent, I watch the ABC where there’s no bias and it’s all true so I know what’s really going on in the world.

This Is UNLAWFUL TO DO THIS TO
Simeon Cassar

Mr (Simeon) Cassar, of no fixed abode, is the first person to be charged under the Public Health Act with failing to comply with COVID-19 health directions in the ACT.. Canberra Times reported Mr Cassar was refused bail on Friday after a magistrate found that releasing him could still endanger the community, despite the 41-year-old having tested negative for COVID-19 since his arrest.

Magistrate James Lawton refused bail. He said while Mr Cassar was charged with a fine-only offence, there was still a likelihood ahead of further COVID-19 tests that Mr Cassar would endanger the safety or welfare of anyone if released at this stage… “ACT Policing had serious concerns about the significant health risks this particular individual posed to our community by not complying with the health directions.”

Simeon is a well known and loved Aussie activist and has been described by friends as dedicated, passionate, and on a mission to expose government corruption. Simeon is currently being held against his will in the mental health ward of a Canberra Hospital.

He wrote that he is being force sedated 4 times a day and ‘not even allowed to have anything not even my watch, a tv or cigarette they even denied my mum visiting me today when she came.’ Simeon’s mother Anna has flown down from Qld with the intention to take him home with her.

It’s said that he initially thought he was put in isolation because he was under quarantine for Covid 19 and that part of the hospital was empty. The paperwork he was issued stated involuntary detention not exceeding 3 days under section 85(1) of the mental health act 2015. He has now been issued an order extending his detainment up to an additional 11 days!