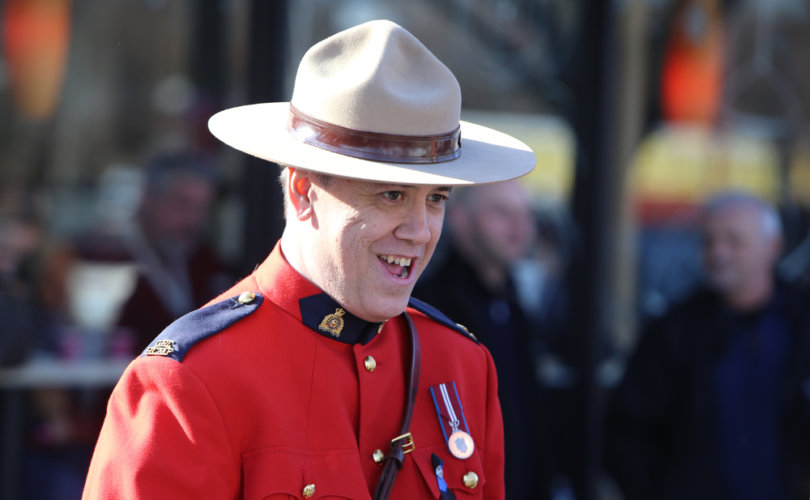 (LifeSiteNews) — The union representing Canada’s national police force, the Royal Canadian Mounted Police (RCMP), is standing by officers who decide to not get the COVID-19 jabs, and has promised it will help members deal with “employment consequences” for refusing the experimental injections.

According to a CBC News report, the National Police Federation (NPF), which is the sole union for RCMP officers, says that it supports members’ “right to choose to be vaccinated or not.”

The message of support for un-jabbed RCMP officers was part of a September 23 email, according to CBC. The email said the NPF will assist and “represent members individually with their choice and its possible employment consequences.”

According to the email, the NPF did not comment on how many of its members have said they were not getting the jabs, and suggested that members only disclose their injection status to the RCMP’s “health services wing.”

The CBC reported that the Treasury Board Secretariat of Canada did say that in the “days and weeks to come” more details regarding a mandate that all federal workers be jabbed will be comminuted.

In August, Prime Minister Justin Trudeau said on the campaign trail that all federal workers will be mandated to be jabbed by October. The details of this plan have yet to be released.

Trudeau also threatened those employed by the federal government that there would be “consequences” for refusing the jabs.

In August, Trudeau said that COVID-19 jabs will be required throughout Canada starting in October to travel domestically by air, train, or boat.

Some police services in Canada have hinted that they will mandate COVID jabs for all officers and staff, while the Toronto Police Service has already done so.

The Toronto Police Association said it does not “support” mandatory COVID jabs.

The group Police on Guard for Thee, which is made up both active duty and retired police officers, stands against “unconstitutional public health orders.”

Recently, a retired police officer identified as “Clay” spoke at an anti-jab mandate rally in Calgary, saying, “Our numbers are growing every day in leaps and bounds with active-duty people.”

“No longer it’s retired guys, it’s the active-duty policeman coming out and saying this is wrong. I’ve read the charter many times, and I have never seen anywhere in there where it says the

In addition to the NPF opposing jab mandates, other larger public-sector unions have come out against them, as well.

The local union serving transit workers in Toronto in August blasted a move by the city’s transit commission which mandates COVID-19 vaccines for all workers.

On Wednesday, the president of the Amalgamated Transit Union Local 113 Carlos Santos said in a statement that it has been heard “loud and clear” by the TTC’s CEO Rick Leary that before September 30 all members should “comply” with “vaccination status disclosure.”

Santos said, “I believe that every individual has the inherent right to determine their own medical treatment,” adding that the TTC should allow for rapid testing options.

“The reality is that most of our members are vaccinated but are also deeply concerned that their employer is seeking to force workers to undergo a medical procedure under duress,” said Santos. “For other members, the decision not to vaccinate relates to their membership in a group which has legitimate social and historical reasons for distrusting the Canadian medical system.”

The COVID-19 injections approved for emergency use in Canada, including the Pfizer jab for ages 12 and up, all have connections to cells derived from aborted babies.

All four have also been associated with possible severe side effects such as blood clots, rashes, miscarriages, and even heart attacks in young, healthy men.

As is now widely known, people who have taken the experimental COVID-19 jabs can still contract and spread the disease. COVID vaccine trials have never produced evidence that vaccines stop infection or transmission. They do not even claim to reduce hospitalization, but the measurement of success is the prevention of severe symptoms of COVID-19.