A new population report published by the U.S. Census Bureau showed the U.S. grew by a measly 392,665, or 0.1%, the slowest rate since the nation’s founding. 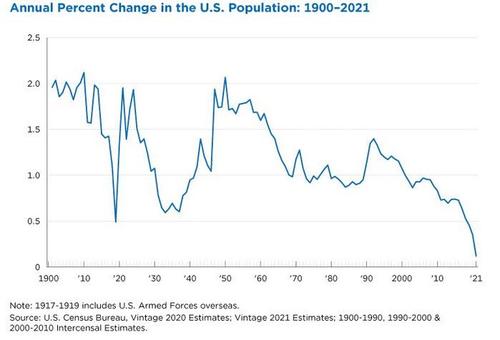 The bureau said that the slow growth rate is due to “decreased net international migration, decreased fertility, and increased mortality due in part to the COVID-19 pandemic.”

This is a historically large number of states to lose population in year. 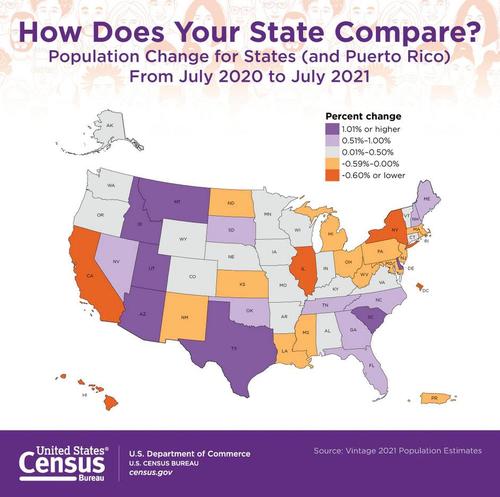 When the virus pandemic led to widespread economic shutdowns and lockdowns in the spring of 2020, many media outlets and pundits speculated this might lead to a baby boom. But it appears the opposite has happened (read: “COVID Baby Bust Accelerates Nine Months After Lockdowns”). The new report offers insights into what happened to the population in the months after.

Even before the pandemic, population growth was in decline.

“Population growth has been slowing for years because of lower birth rates and decreasing net international migration, all while mortality rates are rising due to the aging of the nation’s population,” said Kristie Wilder, a demographer in the Population Division at the Census Bureau.

“Now, with the impact of the COVID-19 pandemic, this combination has resulted in a historically slow pace of growth,” Wilder said. 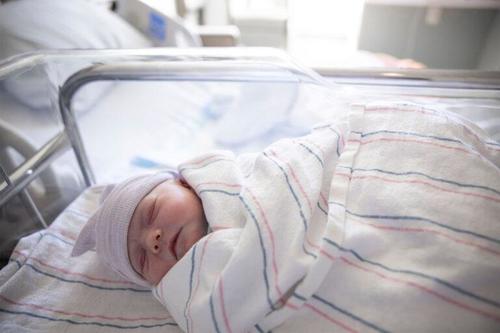 The reason for that is because the Biden administration has eased border restrictions, allowing for upwards of two million illegals to enter the U.S. southern border without authorization in the 12 months ending on Sept. 30.

Given that Covid accelerated the already declining birth rates, and the nation struggles with sluggish population growth, this impact is somewhat deflationary, not inflationary (explaining more about this is Chris Hamilton via Econimica blog, in a note titled “Demographics, Debt, & Disappointment – The Japanifation Of America’s Economy”).