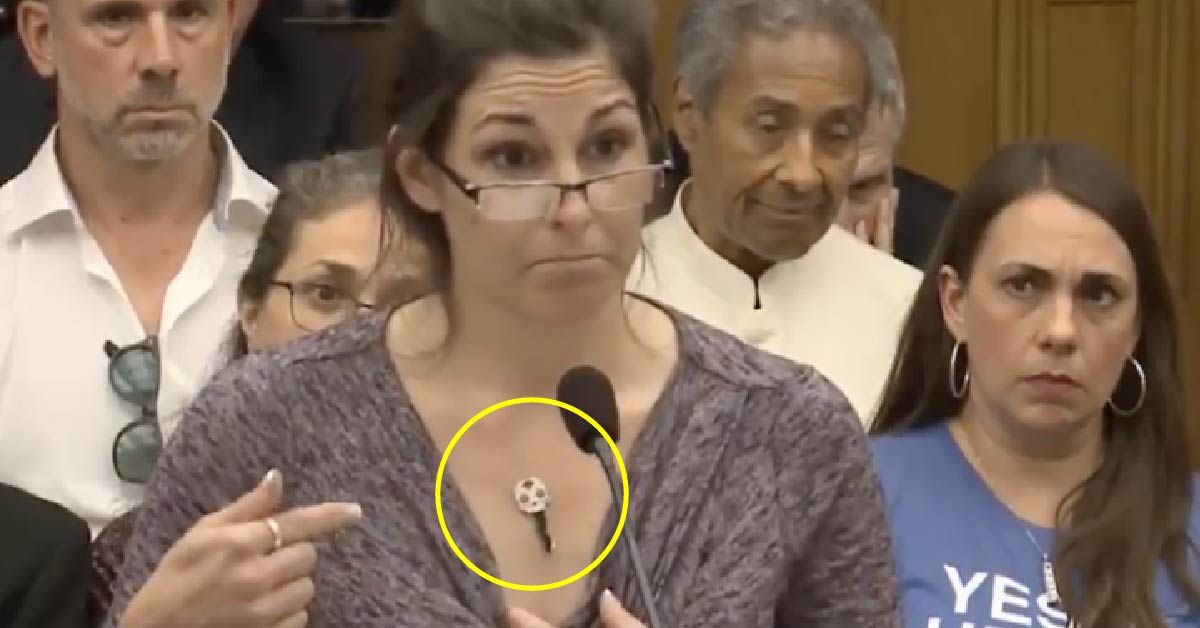 Have you heard of the “Magnetic Challenge?”

No, it’s not some wacky teenage TikTok challenge, it’s actually much creepier.

It all started as a rumor involving a microchipping conspiracy theory that involved the COVID-19 vaccine.

It’s no secret that many people are leery about taking the vaccine for a number of reasons, namely because it hasn’t gone through the lengthy trials needed in order to receive FDA approval. However, a lot of folks are also convinced that the COVID-19 vaccine is part of a sinister plot to microchip the masses.

One of those conspiracy theories involves “magnetized proteins.”

Back in 2016, researchers at the University of Virginia in Charlottesville genetically engineered a magnetized protein called “Magneto.”

That protein was then placed into a virus and injected into an animal’s brain. The point of the research was to use the “Magneto” portion to manipulate neural activity under the remote influence of magnetic fields.

…the researchers inserted the Magneto DNA sequence into the genome of a virus, together with the gene encoding green fluorescent protein, and regulatory DNA sequences that cause the construct to be expressed only in specified types of neurons. They then injected the virus into the brains of mice, targeting the entorhinal cortex, and dissected the animals’ brains to identify the cells that emitted green fluorescence. Using microelectrodes, they then showed that applying a magnetic field to the brain slices activated Magneto so that the cells produce nervous impulses.

In one final experiment, the researchers injected Magneto into the striatum of freely behaving mice, a deep brain structure containing dopamine-producing neurons that are involved in reward and motivation, and then placed the animals into an apparatus split into magnetised a non-magnetised sections. Mice expressing Magneto spent far more time in the magnetised areas than mice that did not, because activation of the protein caused the striatal neurons expressing it to release dopamine, so that the mice found being in those areas rewarding. This shows that Magneto can remotely control the firing of neurons deep within the brain, and also control complex behaviors.

So, you can imagine what happened when viral videos began appearing online showing magnets “stuck” on people’s arms after they received COVID-19 vaccines.

In this video, an anti-vaccine nurse demonstrates how the Covid vaccine turned her entire body into one big magnet.

After watching a number of those videos, the macabre “Magneto” study suddenly felt like it was hitting close to home for a lot of people.

In addition, it didn’t help people’s suspicions and the flow of conspiracy theories when the “fact-checkers” came barreling out of the gates like bats out of hell in order to quickly “debunk’ the viral magnet videos by regurgitating what sounded like Big Pharma talking points.

Take a look at part of what Snopes had to say about the videos:

The underlying claim was false. Regardless of the brand (such as Pfizer, Moderna, or Johnson & Johnson), no COVID-19 vaccine contains radio-frequency identification chips or other types of magnetic devices as part of a nefarious plan to implant people with technology against their will.

The rest of their fact-checking was hypothetical scenarios they cooked up.

Not exactly a rousing debunking, by most people’s standards.

However, not everyone was sold on the idea of “magnetic microchipping mind-control” — it still seemed so far-fetched to many.

And that’s why what happened next really made matters even more perplexing.

A paper published for the 2020 International Symposium On Wearable Computers discusses the use of Magnetic Biosensors in order to monitor social distancing in an effort to prevent COVID-19.

Here’s what ACM Digital Library states about the project:

We present a wearable, oscillating magnetic field-based proximity sensing system to monitor social distancing as suggested to prevent COVID 19 spread (being between 1.5 and 2.0m) apart. We evaluate the system both in controlled lab experiments and in a real life large hardware store setting. We demonstrate that, due physical properties of the magnetic field, the system is much more robust than current BT based sensing, in particular being nearly 100% correct when it comes to distinguishing between distances above and below the 2.0m threshold.

Here’s a video from one of the authors of the study:

It’s really quite remarkable how many publications were writing about magnetic biosensors in the immediate run-up to the COVID-19 outbreak.

It makes one wonder if that 2016 “Magneto” research had some definitive impact on how to monitor and manage the COVID-19 virus.  And in that case, can you really blame people for being suspicious?

After all, not even the fact-checking whiz kids over at Snopes can explain or fully debunk those viral videos.

At this point I think a fair question would be: Do other vaccines also cause some “magnetic properties” to emerge?

It seems like that would be easy enough for someone to research and test by getting a tetanus shot and seeing if that injection site becomes magnetized.

If that’s the case, these videos wouldn’t amount to anything special or be out of the ordinary. However, if that’s not the case, the American people deserve answers, immediately.