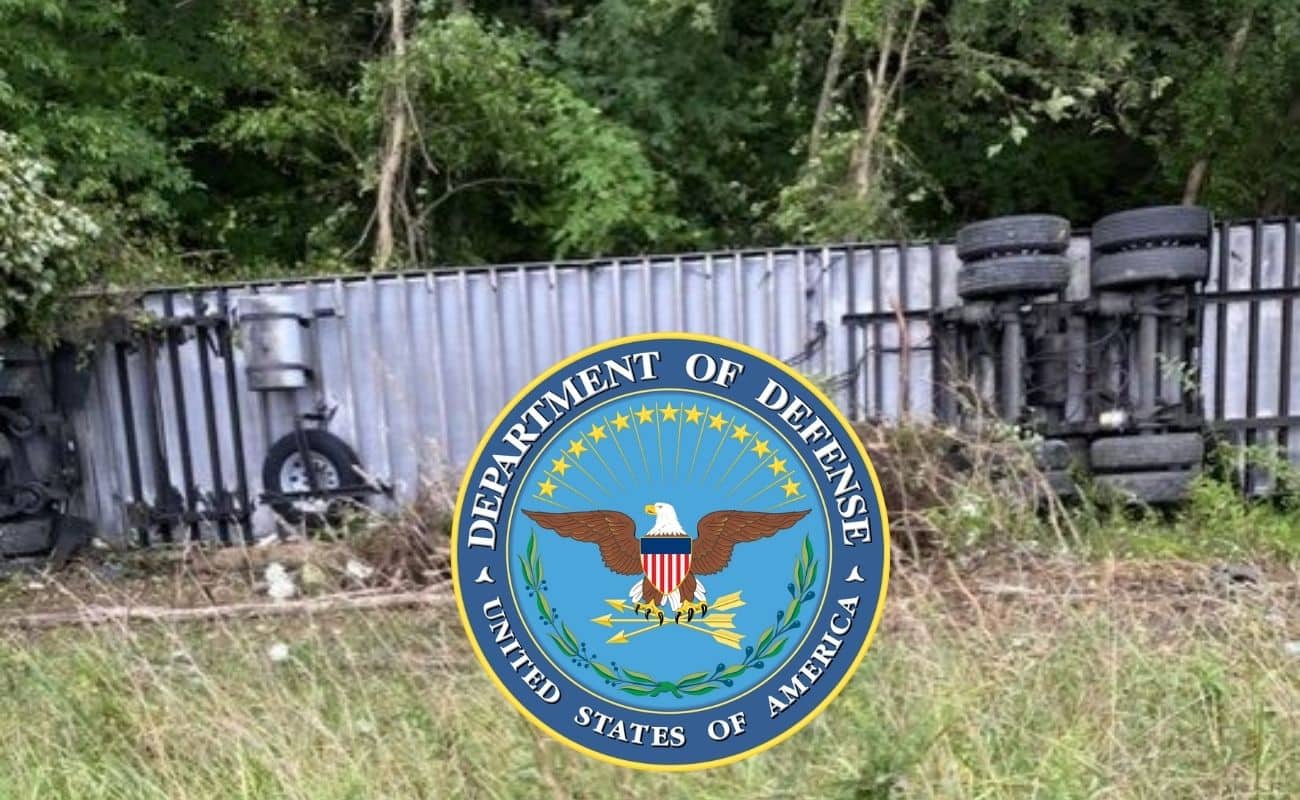 UPDATE: HHS said in a statement to Timcast that all of the vaccines are accounted for. Read the full update here.

The West Virginia Center for Threat Preparedness has confirmed to Timcast that the Department of Defense has taken over the case of a truck carrying Moderna vaccines that crashed near a waterway off Interstate-79.

The Center for Threat Preparedness was in charge of trying to recover the vaccines, but are no longer permitted to speak to the press about the incident. Instead, they referred us to the National COVID Response Press Secretary at the U.S. Department of Health and Human Services, who said that there were 1.3 million doses of the vaccine on the truck that were heading to Ghana.

As Timcast previously reported, air traffic was shut down while Hazmat cleaning crews spent 21 hours in the area near Morgantown. The northbound side of the interstate was also closed for all traffic.

“A tractor trailer, carrying Moderna COVID-19 vaccines to be sent as aid to a foreign country, lost control on the interstate, struck a concrete barrier and went down over the embankment approximately 30 feet and rolled on its side,” Monongalia County Sheriff’s Office said in a statement. “The driver was trapped inside of the vehicle and had to be extricated. He was transported and treated for minor injuries at Ruby Memorial Hospital.”

The statement went on to say that a hazmat team was brought in to clear “oil and anti-freeze” for 21 hours.

“The West Virginia Center for Preparedness helped recover the vaccine, but it is unknown how much was saved,” WV Metro News reported.

The Monongalia County Sheriff’s Office, Monongalia Hazmat Team, and Governor Jim Justice’s office all refused to answer questions from Timcast about the crash.

When contacted by Timcast and questioned about if vaccines spilled from the vehicle, the Monongalia Hazmat Team replied that “we are unable to release any information at this time.”

The Monongalia County Sheriff’s Office also declined to answer questions and directed us to the three day old statement on their Facebook page.

“So I can’t even ask a single question?” Timcast asked the deputy in a phone call on Monday morning.

“They’re not fielding questions about it at this time,” the deputy replied.

The deputy confirmed that the decision not to speak to the press was made by the Sheriff’s Office internally. However, he added that anyone with questions would have to call the governor’s office.

“You can’t even tell me if any of the vaccines spilled out of the truck?” Timcast asked.

While the increasingly irritated deputy would not confirm or deny if vaccines spilled into the surrounding area, when pressed about it being a public health concern he said “that’s why we responded.”

“I feel like this should be information that the public should be able to know. If vaccines leaked out, you would think that’s kind of a serious issue, right?”

“Well, that’s why we responded,” he said.

Witnesses said that there were an intense amount of cleanup crews and first responders at the scene.

Another witness who spoke to Timcast said that press was not allowed anywhere near the scene and that there were “all kinds of clean up crews I’ve never even heard of.”

Airspace surrounding the crash was also closed according to a report from WBOY. Local residents said that people were being stopped from flying hobby drones to see what was going on.

Multiple concerned residents commented on the sheriff’s Facebook post asking if there were any toxins leaked into the area and did not receive a response.

“A truck carrying 1.2 million doses of Moderna vaccine destined for Ghana had an accident on the way to Dulles airport. We understand the driver was taken to hospital but has since been discharged,” an HHS spokesperson told Timcast. “COVAX and its partner agencies wish the driver a full and speedy recovery and are working closely with the US Government to ensure disruptions to shipments of life-saving vaccines are as minimal as possible.”

Timcast has now reached out to the DOD and U.S. Department of Health and Human Services and will continue to provide updates as more information becomes available.

Editors note: The fact that Timcast was referred to the National COVID Response Press Secretary at the U.S. Department of Health and Human Services was not included in the article as it was originally published. We updated this article to include more context and information.

We have also added a comment from a spokesperson at HHS.