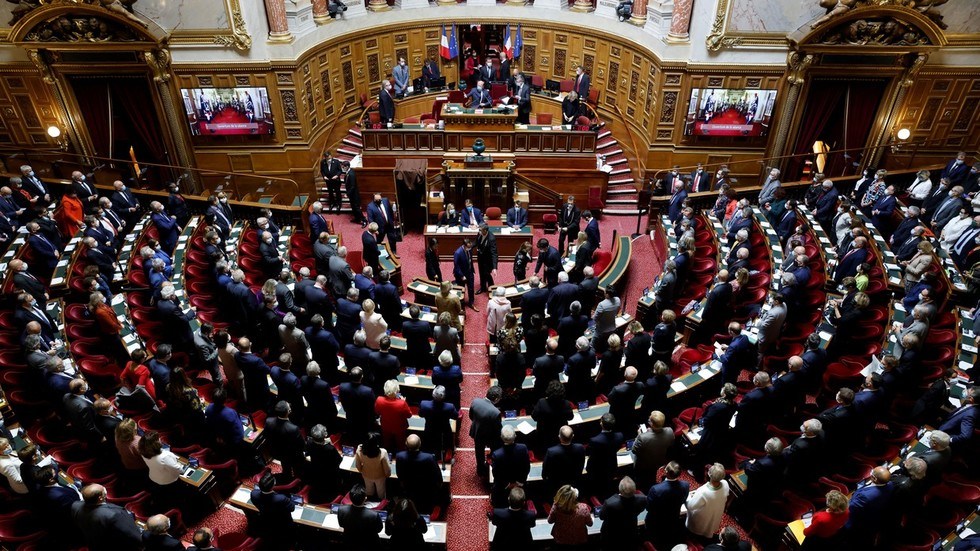 Here we go with the next stage of the “Plandemic,” just as predicted. A “scary” new wave of a variant COVID-19 virus is being used as an excuse to step up mass vaccination efforts, just as those who volunteered to receive the COVID injections have now mostly received them, and demand has now dramatically decreased with billions of doses still available worldwide, with more on the way.

Has France been chosen by the Globalists to try a test run on mandatory injections, targeting 24-59 year-olds?

The French Senate is considering implementing obligatory vaccinations for those aged 24-59 to help the country weather the anticipated next spike of coronavirus infections in what would be a fourth wave of cases.

The body published a report from its Common Mission of Information on Thursday, advocating for mandatory vaccinations of young to middle-aged adults on the grounds it could significantly lower hospitalization rates and deaths. The report issued a stern warning: “act now to limit impact”.

The report follows Prime Minister Jean Castex’s announcement on Wednesday that he will consult elected officials and chairmen of parliament on the compulsory vaccination of caregivers, with senators pushing for this to also include 24-59 year olds.

But even if there is too much push-back to implement mandatory injection laws, there are other measures available to basically make those who resist the bioweapon shots outcasts in society, like preventing them from traveling and receiving other medical services.

We can be sure the world will be watching France, and any other country that tries to mandate these shots that have now killed more people than all other previous Big Pharma vaccines combined, based solely on Government adverse reaction reporting systems, which are all passive systems and nowhere close to what the real numbers are.

As the U.S. heads into the July 4th weekend for 2021, this may be the last resemblance of anything close to “freedom” that the Globalist slave masters will allow in America.

I have no doubts that all the lockdown measures enforced last year will be back in full force in the very near future, along with new ones like what France is now proposing with forced injections, designed to increase uptake in Big Pharma’s products and continue lining the pockets of Wall Street Billionaires and the Luciferian Globalists running the show.

How many will resist? What might this resistance movement look like? Will alternative sources of information like Health Impact News be allowed to keep publishing dissenting views?

Will the compliant American public sit back and for the most part just accept everything, as they did last year with Donald Trump in the Presidency and leading the Wall Street Billionaire’s destruction of American small businesses and his Operation Warp Speed multi-TRILLION dollar theft of America’s wealth?

We will find out soon enough. The Biden Administration has failed miserably to reach the goal of getting 70% of the American public injected with the bioweapon shots, so anything is possible at this point.

If you plan on resisting forced injections, or being ostracized and labeled as a “domestic terrorist” for opposing the bioweapon shots and not being allowed to participate in society, then you need to have a plan in place and be ready to live outside the system as much as possible.