Official sources, who’s job it is to deny the blatantly obvious climate engineering atrocities, have consistently claimed that the vapor trails seen behind WWll B-17 bombers are proof that we are only seeing “condensation trails” blotting out our skies. But is this truth? Or could some WWll bombers have been used as a part of the early climate engineering experiments? The 4 minute video below contains WWll film footage that exposes the false “contrail” narrative.

Governments around the world have lied so extensively for so long, that the majority of the public’s perception of reality is (in so many cases) completely false. The ongoing global geoengineering assault is the most blatant and dangerous case in point. 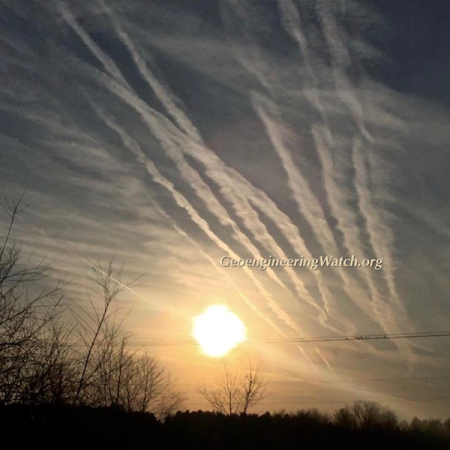 For over seven decades climate engineering has been fully deployed and steadily ramped up, at this point there is no weather that can be considered “natural”. Geoengineering is weather and biological warfare, nothing less. If we are to have any chance of even short term survival, the climate engineering assault must be fully exposed and halted. If this can be accomplished, a long list of other existential challenges must be faced and dealt with.