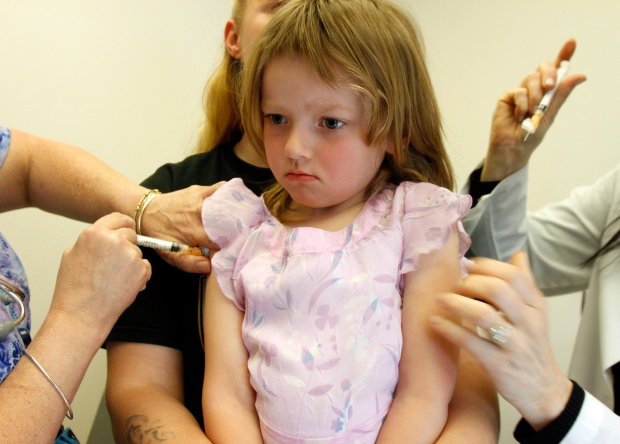 BERLIN — The German government wants kindergartens to inform authorities if parents fail to prove they have attended a doctors’ consultation on child vaccinations.

The measure is part of a government effort to improve vaccination rates in the country. These have dropped in recent years, exposing children and adults to potentially dangerous illnesses such as measles.

Authorities already can impose a fine of 2,500 euros (US$2,800) on parents who persistently refuse to attend the vaccine consultations, compulsory for children attending kindergarten. But the authorities didn’t always know which parents had dodged the consultations.

Parliament will vote on the measure Thursday.

Germany has reported 410 measles cases so far this year, more than in the whole of 2016. A 37-year-old woman died of the disease this month in the western city of Essen.