Thousands of deaths in the U.S. have now been recorded following injection of one of the experimental, non-FDA approved COVID shots since they were given Emergency Use Authorizations (EUAs) at the end of 2020 and early 2021.

We have brought to the public personal stories of dozens of these deaths that have occurred shortly after receiving the injections.

Now, for the first time that we have been aware of, a death more than 3 months past the second injection has occurred with a young 27-year-old doctor from Chicago, raising very serious concerns about the lack of long-term studies in any of these mRNA experimental injections.

If this death had occurred among someone who was elderly and frail, and with co-morbidity conditions, it would be difficult to suspect the death was related to the injection in any way.

However, when it occurs in an otherwise healthy 27-year-old doctor who was athletically active right up until the day before he died, then it would be foolish not to consider the very strong possibility that his death was related to the injections, especially since no long-term studies have been conducted on any of these current COVID-19 shots.

The tragic story of Dr. Joshimar Henry from Chicago has been reported to me by a physician friend who lives in Illinois, and The COVID Blog has covered his story as well.

Dr. Joshimar Henry was a resident doctor in the PGY1 program (pharmacy) at Humboldt Park Health in Chicago, according to his Facebook page. He was among the first Chicago residents to get the first dose of Pfizer’s experimental mRNA shot on December 15, 2020. 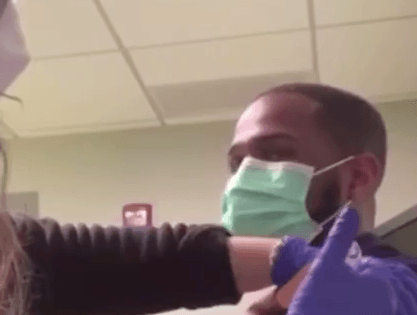 He said in a Facebook post that he understands people’s hesitancy. But he made his decision after “some research.” 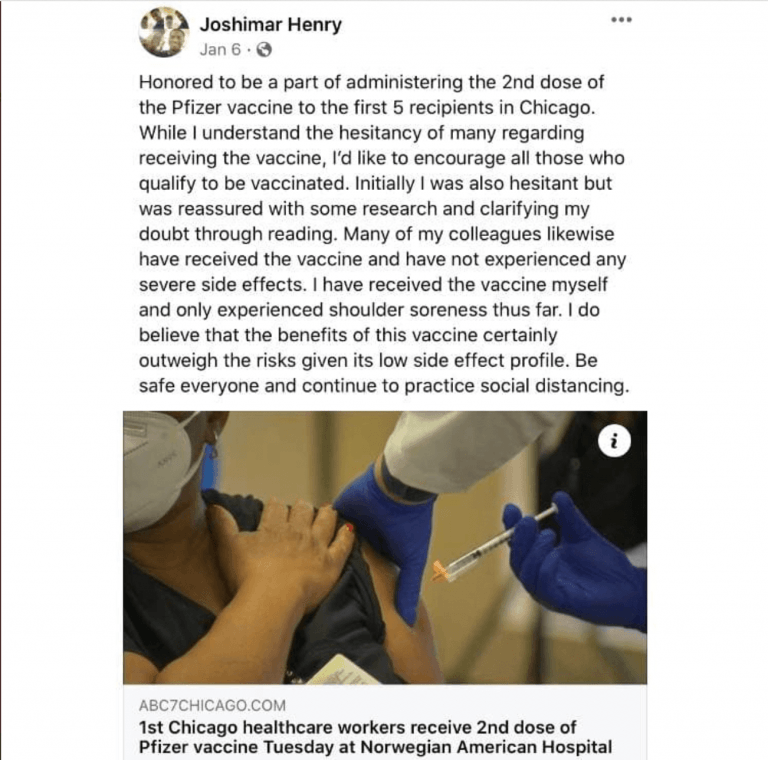 Details are scant from that point. But judging from his Facebook timeline, life was fine. He was a big-time soccer fan and involved with social justice issues. In fact he posted a video clip from Chicago Southside Pick-Up Soccer on April 2.

Dr. Henry was married to Griselda Heather Morales, and her father also reported his death on Facebook. 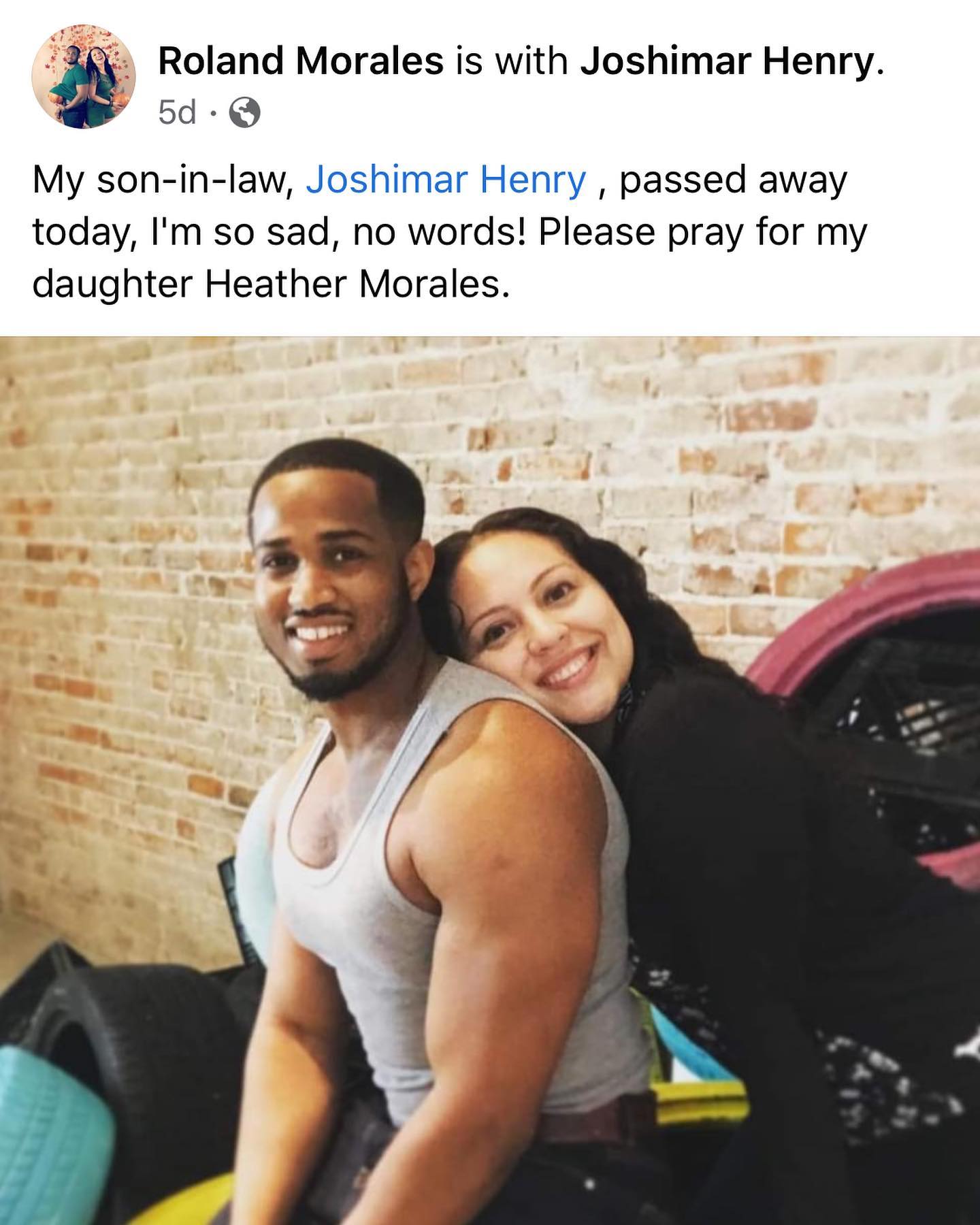 It is very rare for someone healthy and athletically active under the age of 30 to just suddenly drop dead.

As The COVID Blog reports:

Dr. Henry was originally from the east Caribbean island of Saint Lucia. He earned his medical degree from Spartan Health Sciences University in Saint Lucia. His father was Joachim Henry, a Saint Lucia politician. Heather Morales, also a doctor, was his wife.

All of the foregoing is important because healthy, young, happy men don’t just drop dead. Maybe 1 in 50,000 sudden cardiac deaths per year are people under age 35, according to the Mayo Clinic. Strokes, another sudden cause of death, are extremely rare for people under 40, let alone 30. 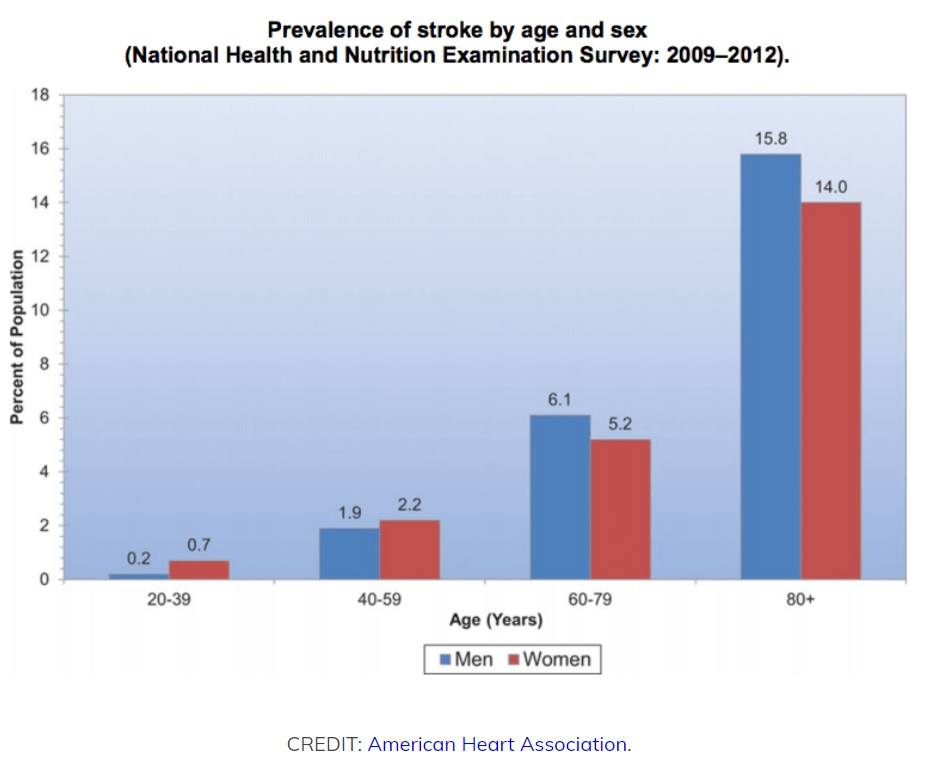 Mortality rates positively correlate with body mass. You’re essentially immune from COVID-19 death and hospitalization if you’re under age 40 and a healthy weight. The CDC even admitted that nearly 80% of all COVID-19 hospitalizations were overweight and obese people.

Dr. Henry was not obese or overweight. The young man was trucking along fine, living what appears to be a good life. The one indisputable fact is that he received two experimental mRNA shots three months prior to his death.

No Reported Benefits to COVID Shots Yet – Only Deaths and Injuries

We are now entering into the 3rd and 4th month for some people who are fully “vaccinated” against COVID-19, and so far there are no recorded benefits to the shots, only reports of deaths, injuries, and reports of fully vaccinated people still contracting COVID.

This past weekend Anthony Fauci stated publicly that fully vaccinated individuals still cannot eat and drink with others indoors, because “cases are still high.”

And today, the Epoch Times is reporting that a new study out of Israel found that a South African variant of the COVID-19 virus affects people vaccinated with the Pfizer shot more than unvaccinated people.

This goes along with what we have previously reported that fully vaccinated people are contracting COVID-19 now in what the corporate media is calling “breakthrough cases.”

So where are the benefits to these COVID-19 experimental injections?

It appears there are none, only risks of injury and death, and Dr. Henry’s death a full 3 months following the injections could spell doom for many fully vaccinated Americans, something that dissenting doctors and scientists have been saying all along could happen.