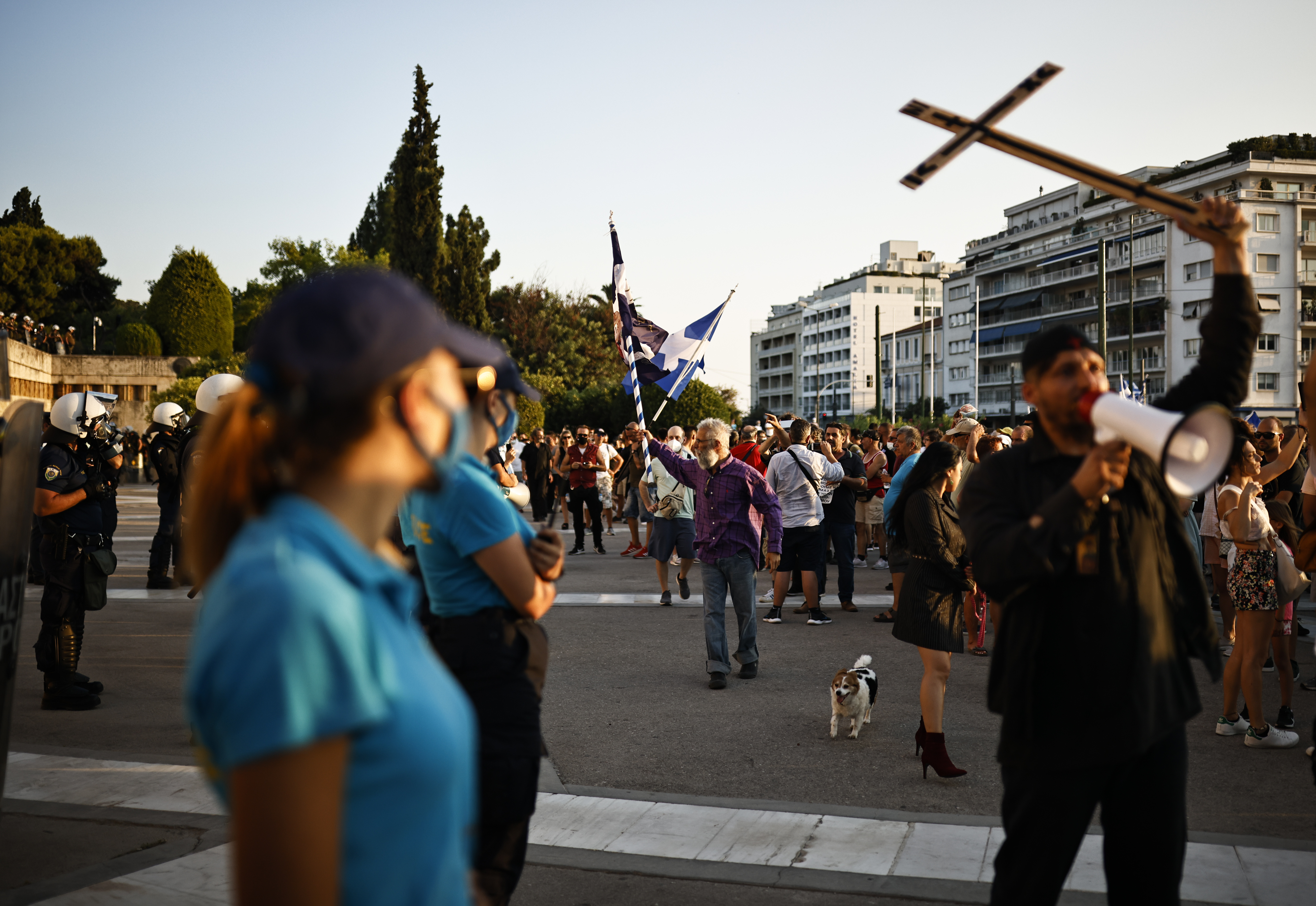 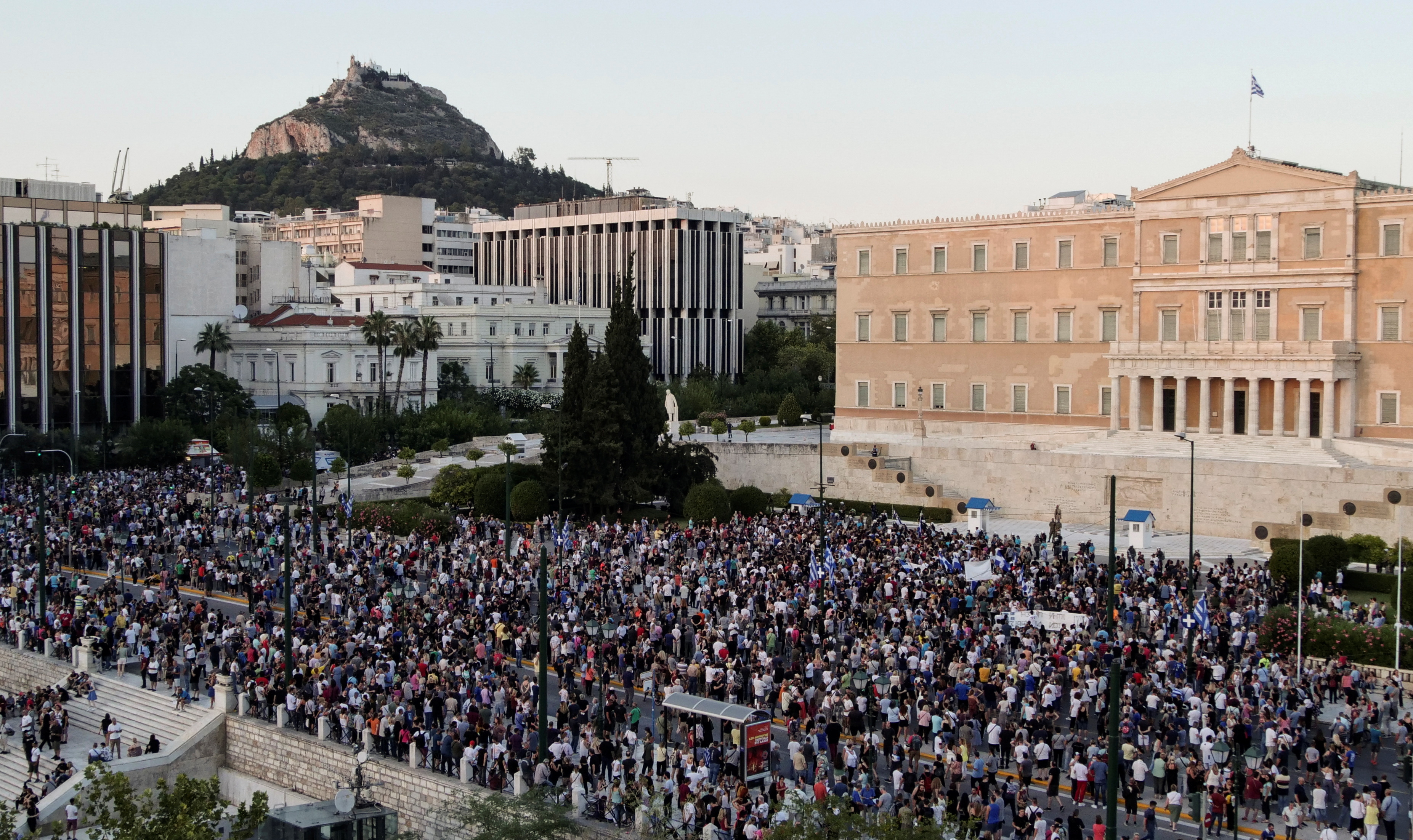 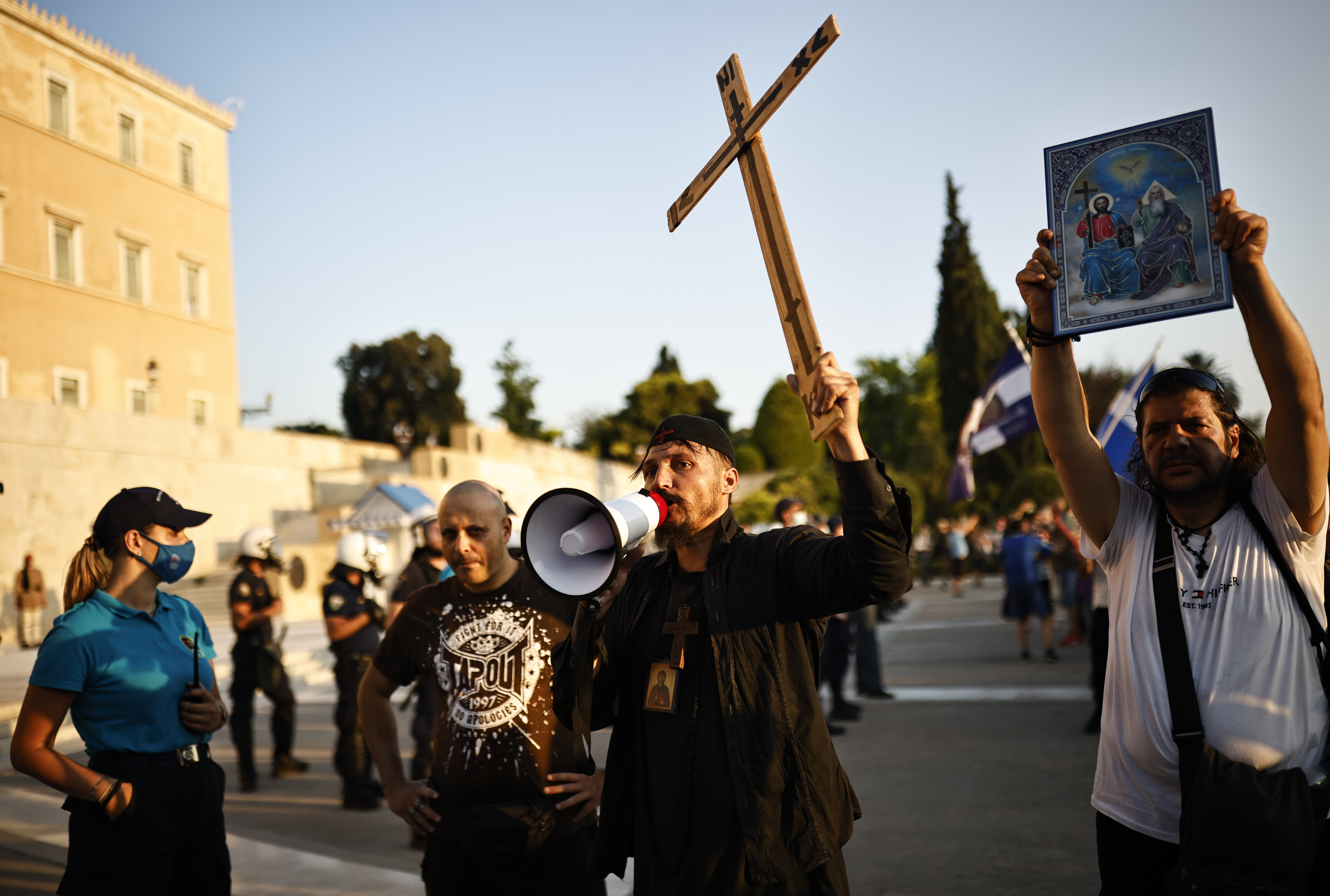 Shouting “take your vaccines and get out of here!” and calling on Prime Minister Kyriakos Mitsotakis to resign, the protesters gathered outside parliament under heavy police presence.

Wednesday’s protest was the biggest show of opposition to the inoculation drive. A recent poll by Pulse for Skai TV found most Greeks said they would get the vaccine, and the majority were in favour of the mandatory vaccination for some segments of the population.

About 41% of Greeks are fully vaccinated. On Monday, the government ordered the mandatory vaccination of healthcare workers and nursing home staff following a steep rise in new COVID-19 infections in the middle of the vital tourism season.

“Every person has the right to choose. We’re choosing that the government does not choose for us,” said Faidon Vovolis, a cardiologist, who has questioned the scientific research around face masks and the vaccine and heads the “Free Again” movement, which called the protest. Vovolis said he started the group in response to the government’s “tough measures” to contain the virus.

Protests are fairly common in Greece and there have been several in recent months on issues ranging from a new labour law to the most recent Israeli military campaign on Gaza.

A country of 11 million, more than 444,700 people have been infected since the pandemic began and 12,782 have died. Authorities recorded nearly 3,000 new infections on Wednesday.