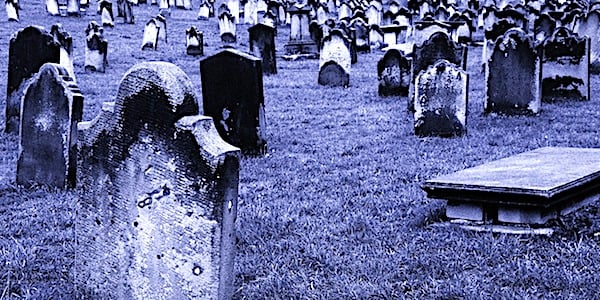 In January, the CEO of a major Midwest insurance company disclosed in a virtual Chamber of Commerce meeting that his company had seen a 40% increase in all-cause deaths in the last half of 2021, describing it as four times higher than a once-in-200 years event.

That startling rise came as the daily number of deaths from COVID-19 was less than half of what it was the previous year, suggesting the vaccines are the most likely cause.

The CEO, Scott Davison of OneAmerica, said he found the data to be “consistent across every player in that business.”

“Bottom line is, they saw an acceleration in mortality in the second half of 2021, OK. Given the ‘miracle vaccines,’ that should not have occurred,” said Dowd in a podcast interview with Kristi Leigh.

He pointed out insurance companies “make their money giving whole life policies because they can predict death rates, which are pretty steady.”

Referring to the backtracking on Davison’s statement last month, Dowd said they can “retract” it “all the want.”

Dowd said the Dutch insurer AEGON saw a 268% increase in claims in the U.S. in the third quarter.

The company, he said, “did a reinsurance deal for a high face amount individual policies, at what looked like very bad economics for them.”

In a conference call, Dowd noted, an analyst asked why they would do that deal.

“I can speculate why they did this deal. This deal looks bad now, but a year or two from now it may look like a genius move. And they actually think there’s going to be 300,000 excess deaths due to — they call it ‘Covid and indirect Covid,’ whatever that means — in the U.S. in 2022. So they actually raised their expectations for mortality in the U.S. during the conference call.

Earlier this month, Dowd told Steve Bannon on the “War Room” broadcast that if Pfizer and FDA refuse to release vaccine trial data, he will assume there was fraud.

That would “eviscerate” all contracts and bankrupt Pfizer, he said.

See the interview with Dowd: