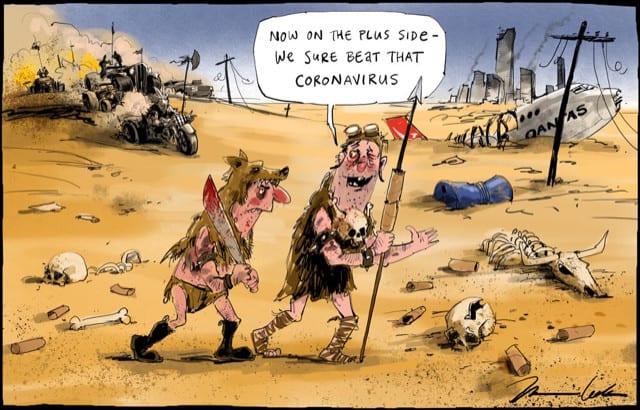 The consequences of government-enforced lockdowns killed more Canadians under the age of 65 than the COVID-19 virus itself, according to a report by Statistics Canada.

In a report titled Provisional death counts and excess mortality, the government agencyreviewed the number of deaths between January 2020 to April 2021 and concluded that 5,535 Canadians under the age of 65 died because of “indirect consequences” due to the pandemic.

Over the same time period, 1380 Canadians in the same age group died because of COVID-19 itself.

“Beyond deaths attributed to the disease itself, the pandemic could also have indirect consequences leading to an increase or decrease in the number of deaths due to various factors, including delayed medical procedures, increased substance use, or a decline in deaths attributable to other causes, such as influenza,” the report says.

Statistics Canada acknowledged lockdowns had a significant impact on the number of deaths in Canada, particularly among younger people.

“Excess mortality is, in large part, related to other factors such as increases in the number deaths attributed to causes associated with substance use and misuse, including unintentional (accidental) poisonings and diseases and conditions related to alcohol consumption,” read the report.

As more Canadians were forced to stay at home and vital services and businesses were forced to close, an opioid crisis developed while governments focused on reducing the spread of COVID-19. Statistics Canada confirmed that the increased usage of drugs had a significant impact on the mortality rate during the pandemic.

“There is evidence in Ontario, Alberta, and British Columbia that substance use has increased in 2020 compared with previous years, while availability and access to harm reduction programs, supervised consumption services, and in-person support services for substance use may have been disrupted during the pandemic,” the report says.

Earlier this month, Statistics Canada also reported that most of the people who died from COVID-19 in Canada were over the age of 85 and had dementia, Alzheimer’s, chronic heart disease or other pre-existing “cardiovascular and respiratory conditions.”

Nine in 10 deaths had a secondary cause listed on the death certificate.

Canadians have been victims of some of the strictest public health orders in the world, rivalling communist countries like China and Cuba.

The True North Provincial Freedom Score found that Nova Scotia, Manitoba and Ontario were the most locked-down provinces in the country when taking into account business closures, school openings, in-person dining and nearly a dozen other variables.