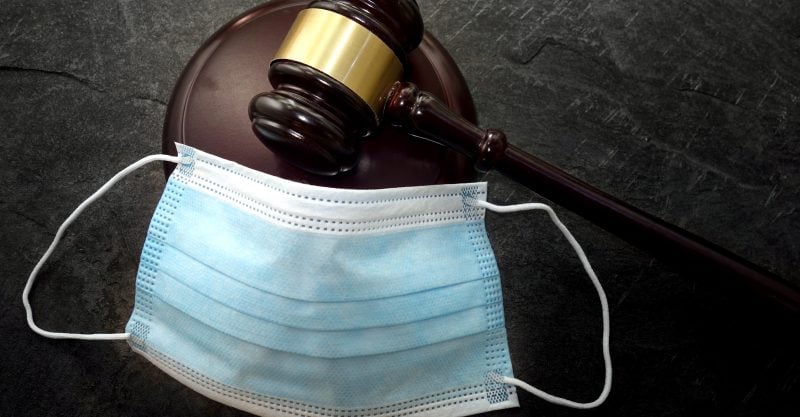 The New York State Department of Health (NYSDOH) on Aug. 27 repealed an emergency mask mandate after a lawsuit was filed Aug. 5 in federal court challenging the regulation.

The lawsuit was brought by William Ouweleen, vintner for the oldest dedicated sacramental winery in America. Ouweleen challenged the constitutionality of the NYSDOH regulation 10 NYCRR 66-3, which required unvaccinated people to wear masks while vaccinated people could go mask-free.

Before filing the lawsuit, Ouweleen was twice cited by patrons of the winery for not wearing a mask, and was informed by the local health department he could be fined or closed down, or both, if additional complaints were received.

In the complaint, Ouweleen alleged the regulation violated his constitutional rights and was not justified by science, citing confirmation by the Centers for Disease Control and Prevention that vaccination does not prevent transmission of SARS CoV-2.

In addition to challenging the mandates on equal protection grounds, the suit challenged mask mandates in general.

“Public health officials around the world acknowledge that these vaccines are for personal protection only. This mandate wasn’t evidence-based. It was meant to coerce people into taking experimental vaccines and to shame and bully those that exercise their federally guaranteed right to opt-out.”

New York’s mask mandate laid the groundwork for other coercive measures imposed on unvaccinated people across the state. Though the repeal of NYCRR 66-3 temporarily resolves some of the issues in the case, attorneys stressed the lawsuit is not over.

“Unfortunately, at the same time they repealed the discriminatory mask mandate, the NYSDOH granted sole authority to New York State Department of Health Commissioner Howard Zucker to issue future mandates, at his discretion, including mandates that discriminate based on vaccine status if he so chooses,” Gibson said.

Zucker has not yet issued any more mask mandates related to vaccine status. However, last Friday, he issued blanket mask mandates for school children and for employees in certain sectors, such as healthcare and correctional facilities.

In the complaint, Ouweleen argued:

“The science does not establish that prolonged use of masks is safe or effective. In fact, the U.S. Food and Drug Administration defines masks as experimental medical devices, and has not licensed them for use by the general public other than through Emergency Use Authorizations (EUA).”

Under the terms of the EUA, manufacturers are expressly forbidden from “misleading” the public by alleging that masks can be reused or used to stop or reduce infection.

“It is black letter law that EUA devices, including masks, cannot be mandated,” said CHD President and General Counsel Mary Holland. “This prohibition arises out of the Nuremberg Code of 1947, and reflects our obligations under the subsequent binding treaties and domestic statutes which incorporate.”