New Zealand Prime Minister Jacinda Ardern has candidly revealed that “there’s not going to be an end point to this vaccination program.” 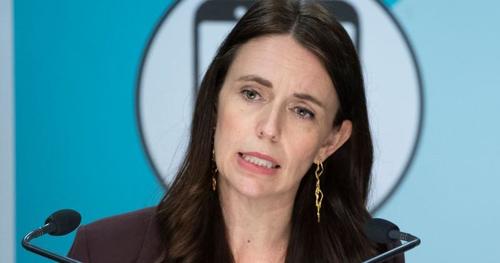 “So long as there’s people who are eligible who haven’t been vaccinated, we’ve got work to do,” said Ardern.

“Do you know, I don’t think I’ll ever be satisfied so long as there’s someone who is eligible and hasn’t been (vaccinated),” she added.

“There’s not going to be an end point to this vaccination program,” the Prime Minister revealed, while calling on people who got jabbed six months ago to come back for another shot.

Ardern delivered the message while adopting her familiar passive-aggressive smiley mannerism, as seen many times before when she casually revealed the next step in COVID authoritarianism.

People who fail to continually get vaccinated will face the same fate as those who have continued to resist compulsory shots, they’ll be out of work, face social ostracization and God only knows what else in the future.

Enjoy your lifetime booster shots and enjoy not being able to travel, visit a restaurant or eventually go in a shop if you miss out on just one.

Remember, if you don’t take the Pfizer jab for life, you’ll never be “fully vaccinated”.