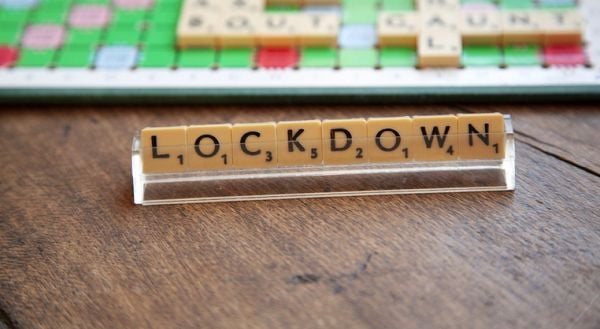 A government watchdog is revealing that records from Anthony Fauci’s agency confirm that China failed to provide key COVID information to the rest of the world at the outset of the pandemic, and American officials knew.

A multitude of theories suggest that the virus originated in China, likely at a lab doing research on such viruses, but China has consistently refused to provide information or allow researchers to look into the starting point for the health threat that has killed millions around the globe.

Fauci, Joe Biden’s top adviser on pandemics, repeatedly has downplayed the idea of a Chinese fault for the China virus.

Now government watchdog Judicial Watch is reporting it obtained 90 pages of records from the Department of Health and Human Services that show “the State Department and Dr. Anthony Fauci’s agency, the U.S. National Institute of Allergy and Infectious Diseases, knew immediately in January 2020 that China was withholding COVID data, which was hindering risk assessment and response by public health officials.”

In fact, the records reveal that some two years before the COVID attack, the U.S. National Institutes of Health sent “experts” from the NIH-supported P4 lab at the University of Texas Medical Branch to train Wuhan Institute of Virology lab technicians in lab management and maintenance due to the Wuhan lab’s shortage of trained staff.

The records, obtained under a Freedom of Information Act lawsuit, specifically sought communications with the Wuhan Institute of Virology about NIH grants that went to the organization.

The outbreak apparently began in December 2019 in Wuhan, and on Jan. 8, 2020, Dr. Ping Chen, who had been NIAID’s top official in China, emailed senior NIAID colleagues Gray Handley, Erik Stemmy, Gayle Bernabe, and Barney Graham with the subject line “PRC Response to Pneumonia Cases Shows Increased Transparency Over Past Outbreaks, but Gaps in Epidemiological Data Remain.”

Chen said, “hi, here is the cable from US Embassy Beijing reporting on the pneumonia outbreak in Wuhan, China. It has ruled out SARS, MERS, and flu. [Redacted] confirmed it is viral infection. [Redacted] The cable contains SBU information. So please don’t distribute it widely.”

The cable summary expounds: “While PRC officials have released timely and open general information about the outbreak, a lack of epidemiologic data – including an ‘epi curve’ (a summary of dates of onset of illness), characteristics of infected individuals, and other basic epidemiologic information – hinders better risk assessment and response by public health officials. Authorities have also not released information on how they are defining a ‘case.’ Given these gaps in detailed information to-date, and lack of a final confirmed pathogen, the risk to the United States and global health is difficult to assess at this time.”

The report noted that such information even was withheld from the World Health Organization.

It also noted eight Chinese were “detained” for spreading “rumors” about the outbreak.

“These FOIA documents show that Fauci’s agency has been hiding information on China’s failure to provide essential data on COVID-19,” said Judicial Watch President Tom Fitton. “The slow-rolling and stonewalling by Fauci’s agency on China, gain of function, and its COVID response generally is pure obstruction.”

Last July Judicial Watch got records from NIAID officials in connection with the Wuhan Institute of Virology revealing significant collaborations and funding that began in 2014. The records revealed that NIAID gave nine China-related grants to EcoHealth Alliance to research coronavirus emergence in bats and was the NIH’s top issuer of grants to the Wuhan lab itself, the organization reported.