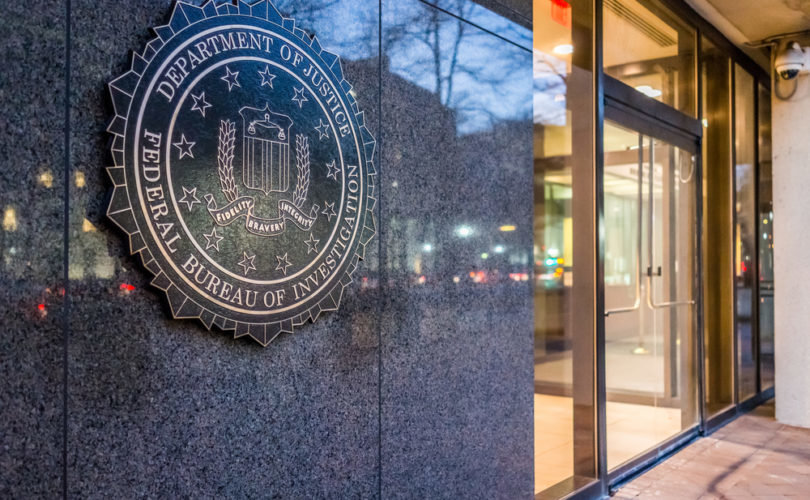 House Republicans are seeking answers from FBI director Christopher Wray as to why the federal law enforcement agency spied on more than 3.3 million Americans without a warrant from December 2020 through November 2021.

The May 25 letter, from House Judiciary Committee ranking member Jim Jordan and House Permanent Select Committee on Intelligence ranking member Michael Turner, cites the Office of the Director of National Intelligence’s (ODNI’s) April 2022 Annual Statistical Transparency Report for the startling conclusion that “from December 2020 through November 2021 the FBI conducted over 3.3 million U.S. person queries against its Section 702 holdings.”

Section 702, the letter explains, is a provision of the Foreign Intelligence Surveillance Act (FISA) that allows the Attorney General and Director of National Intelligence to “jointly authorize the targeting of (i) non-U.S. persons (ii) who are reasonably believed to be outside of the United States (iii) to acquire foreign intelligence information.”

While FISA ostensibly requires “targeting, minimization, and querying procedures that meet the requirements of Section 702 and are consistent with the Fourth Amendment,” the letter argues that questions about the reliability of the system are raised by the “dramatic” rise in such queries in 2021 per the ODNI report, “at least four occasions” in which “the FBI failed to obtain an order from the FISC [Foreign Intelligence Surveillance Court] before accessing the contents of Section 702-acquired information,” and 40 queries for investigations “unrelated to foreign surveillance,” including “healthcare fraud, transnational organized crime, violent gangs, domestic terrorism involving racially motivated violent extremists, as well as investigations relating to public corruption and bribery.”

Accordingly, Jordan and Turner call on Wray to provide a “full accounting” of all 3,394,053 queries, an “explanation of the facts and circumstances” of 1.9 million queries ostensibly related to “alleged Russian hackers who sought to compromise U.S. critical infrastructure,” the total number of Section 702 queries from 2015 through 2019, information on why the FBI failed to acquire the proper FISC orders, and more.

The letter demands a response by June 7.

For years, conservatives have argued that the FBI has been weaponized to pursue Democrat leaders’ political enemies. Recent examples under the Biden administration include the bureau’s treatment of January 6, 2021 Capitol Hill trespassers, the gunpoint raid and arrest of nonviolent pro-life activists, spying on the conservative journalists of Project Veritas, and labeling conservative parents critical of left-wing school districts as “threats.”

One thought on “Republicans demand answers from FBI on surveillance of 3.3 million Americans”