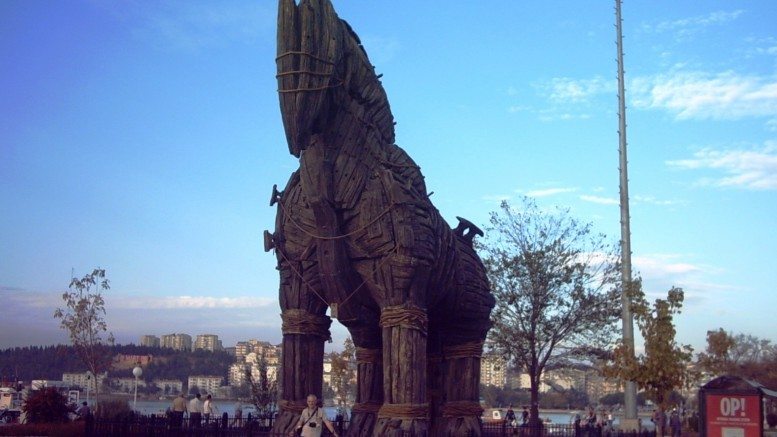 The object of war is to kill or maim as many people as possible, by whatever means. However, outright killing is often less efficient than wounding because more of the enemy’s resources are consumed in caring for the wounded than burying dead bodies. The overall goal of war is to conquer and subdue a people. In the process of conquering, the enemy must be psychologically and physically broken to the point that they give up their will to fight and their will to assert self-determination.

The current pandemic war has all the markings of more traditional militaristic war except that it is still unrecognized by those who are under attack. It is the perfect stealth war. History is full of examples of stealth attacks that were extremely successful. The victims never saw the attackers until it was too late to resist.

In today’s war, the entire health system has been weaponized and turned into a giant Trojan horse. Obey, obey, obey it cries. Humiliate yourself by donning a face mask, by staying home and retreating from normal society. Mutilate yourself by giving up your job, closing your business, injecting harmful substances into your body.

One thought on “Technocracy’s High Tech War Is Just As Effective as Rockets, Bullets, Tanks”