Although supposedly aimed at curtailing online abuse, critics have said that Britain’s Online Safety Bill would increase censorship of expression while failing to tackle the heart of internet-based abuses. 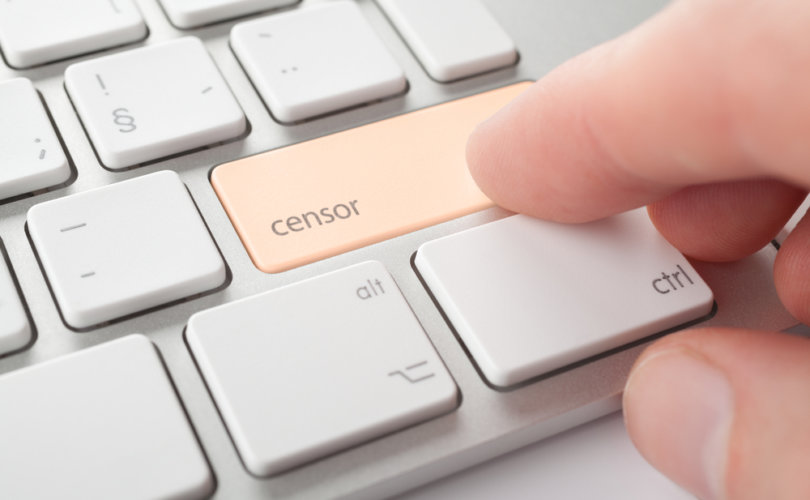 LONDON– A draft bill set to radically change the way that Brits interact with the internet is making its way through the U.K. Parliament.

Although proposed as a “world-leading” means of protecting children online by making Britain “the safest place in the world in which to use the internet,” the Online Safety Bill (OSB) has received widespread criticism. Opponents say that it will fail at protecting the most vulnerable from online predators, and simultaneously grant untold powers of censorship to powerful internet-based social media and search engine organizations.

The 225-page bill is purportedly aimed at regulating the digital space in order to protect internet users, particularly those in “vulnerable” categories (such as children) from “content that is harmful” online.

To achieve this goal, the bill proposes to levy new “duty of care” obligations upon “user-to-user services” and internet “search services” which will require tech firms like Google, Facebook, Twitter, and WhatsApp to police their platforms more closely for content considered “harmful,” regardless of it being legal.

The firms will be responsible for updating their terms of use to reflect strict new laws around content publishing while ramping up efforts to remove and censor anything that comes close to breaking the proposed legislation.

The penalty for failing to uphold the as yet unclear standard could amount to fine of 10 percent of a company’s global revenue, or even having the platform banned completely, giving tech companies strong incentive to be overly cautious in prohibiting content on their platforms.

The bill sets as its major aims the protection of children from being groomed by pedophiles online and thwarting conspiratorial and terror groups from convening over the internet and spreading propaganda.

While these look like noble aims, the draft bill has received widespread criticism, particularly within conservative circles, for seeming to “strangle free speech.” It may also breach provisions guaranteed by the European Convention on Human Rights, of which the U.K. is a signatory.

Alongside protecting children from “harmful content,” the OSB purports to outlaw “content that is harmful to adults.” Both categories stand ambiguously defined within the OSB, the latter of which is described as “content that is harmful to adults, or content … of a kind which presents a material risk of significant harm to an appreciable number of adults in the United Kingdom.”

As noted by legal advocacy group Christian Concern, that “harm” is defined in the bill as “physical or psychological” could give rise to broad and varied interpretations, specifically over what might constitute “psychological harm.” The group proffered that preaching on “Christ’s call to turn away from our sins” could be interpreted by many as “offensive” or, indeed, “harmful.”

“In a secular, democratic society where people freely espouse many different beliefs, there is no way of deciding once for all who is right,” the group warned. “The danger is that a growing anti-Christian animus in society, influencing the government, could be allowed to dictate what is ‘psychological harm.’”

‘This bill is … handing a loaded gun to the enemies of every Conservative in the land.’

Speaking on GB News, editor-in-chief of The Daily Sceptic and general secretary of the Free Speech Union Toby Young questioned why members of the Conservative Party are “essentially handing a devastating weapon to their political opponents.”

‘This bill is essentially handing a loaded gun to the enemies of every Conservative in the land.’

“Make no mistake,” Young told host Mark Steyn, “the people who will be taking advantage of our new regulated internet, in which internet service providers who post harmful content risk being fined up to 10 percent of their annual global turnover, and forcing social media companies to take down supposedly harmful content, will be political activists claiming to be acting on behalf of vulnerable people.”

Under this cloak Big Tech “will have to remove ‘hate speech’ and ‘misinformation,’ by which they mean anything they find remotely disagreeable or that poses them any kind of political challenge,” he continu

Young said that the “thing which is really alarming about this bill is that it will force social media companies to remove what the government is calling ‘legal but harmful content.’ We don’t know what the ‘legal but harmful content’ is going to be, because that is going to be brought forward, not in this bill, but in supplementary legislation, in a statutory instrument brought forward by Nadine Dorries [current Secretary of State for Digital, Culture, Media and Sport].”

This leaves future secretaries to revise the “legal but harmful” threshold according to their own views, Young warned.

“This bill is essentially handing a loaded gun to the enemies of every Conservative in the land,” he said.

‘This is a complete betrayal of the democracy most people imagine they live in.’

Writing for UK Column, journalist and researcher Iain Davis further explained that the deliberation of the kind of content that will be considered as breaching the “legal but harmful” threshold – to be decided by the Secretary of State for Digital, Culture, Media and Sport – grants the office holder unprecedented powers to change acts of Parliament.

Meanwhile, Davis wrote, the OSB is “full of references to legal concepts and terms which no one can decipher … creating a law that has no defined parameters.” In effect, it permits the government to “insert whatever objectives they wish after it is enacted,” which he likened to powers taken with the Coronavirus Act.

“This is a complete betrayal of the democracy most people imagine they live in,” Davis charged.

Referencing a summary of the bill composed by law blog Cyberleagle which highlights the distinction between “priority” and “non-priority content harmful to adults” – supposedly set up as a kind of barrier to destroying freedom of expression – Davis said that there “is no commitment in the OSB to protect freedom of expression or speech” given that those definitions “are indistinguishable in the wording of the bill.”

While granting that increasing protections for minors online is admirable, Davis argued that to achieve this goal the legislation goes far beyond outlawing grooming activities (which are already illegal and more effectively enforced as time goes on), impinging on free speech rights.

“Law enforcement already has the legal power and technological capability to detect and arrest online paedophiles,” Davis claimed, arguing that resourcing issues hold the police back and that the OSB does nothing to address those issues, specifically regarding use of the so-called “dark web.”

‘The Government is offering child protection but delivering censorship.’

In a 2019 report, the Home Office recognized that “at least 5%” of almost 3 million accounts registered on “the most harmful child sexual abuse dark web sites” originated within the U.K., yet the OSB has targeted the “surface web,” placing responsibility for internet policing on Big Tech, Davis said.

“If the Government is so worried about child grooming on … social media platforms, then a sensible start to tackling the problem would be for it to insist that Facebook – by far the biggest platform – remove its dark web site,” Davis insisted, adding that Facebook’s accessibility through the dark web makes its easier for predators to escape the law by remaining indetectable.

“The Government is offering child protection but delivering censorship,” the author stated.

A major principle upon which the eradication of “harmful content” is based, according to the OSB, is the apparent prevalence of “misinformation” and “disinformation.” Neither term is defined within the bill, simply falling under the umbrella of “content that is harmful to adults.” The understanding of the terms can be revised by secondary amendments, proposed by the Secretary of State.

The OSB appointed the U.K.’s broadcasting regulator Ofcom as an “independent regulator,” tasked with enforcing the new rules. The body will have updated powers to collect information as part of its investigatory role, be they publicly or privately shared, and to compel companies to abide whatever measures the group sees fit to banish “harmful” content.

Despite being touted as independent, Davis highlighted the ties Ofcom has to both the government from which it is to receive its new powers and the firms which are supposedly answerable to it.

He observed that over 50 percent of the regulator’s board is comprised of former government employees and the company is “directly accountable to Parliament,” while at the same time much of the organization’s funding is funnelled through the broadcasters it currently regulates.

“Other interests represented by Ofcom board members include Google, GlaxoSmithKline (via the Wellcome Trust), Akamai (the global cybersecurity and content hosting giant), numerous media consultancies and other commercial enterprises who stand to profit from Ofcom ‘regulations,’” Davis noted, prompting him to quip

the “only people Ofcom appear to be independent from are the public.”

A petition for the U.K. government to remove sections of the OSB targeting lawful but “harmful” expression has garnered over 55,000 signatures to date. The government responded to the petition online saying that it is “committed to protecting free speech” and that the bill “contains strong protections for freedom of expression and will not prevent adults from accessing or posting legal content.” At 100,000 signatures, the petition will be considered for debate in Parliament.

Meanwhile, the bill is at the “committee stage” of its journey through the House of Commons, during which time amendments may be voted on by the committee before sending the legislation back to Commons for further debate.