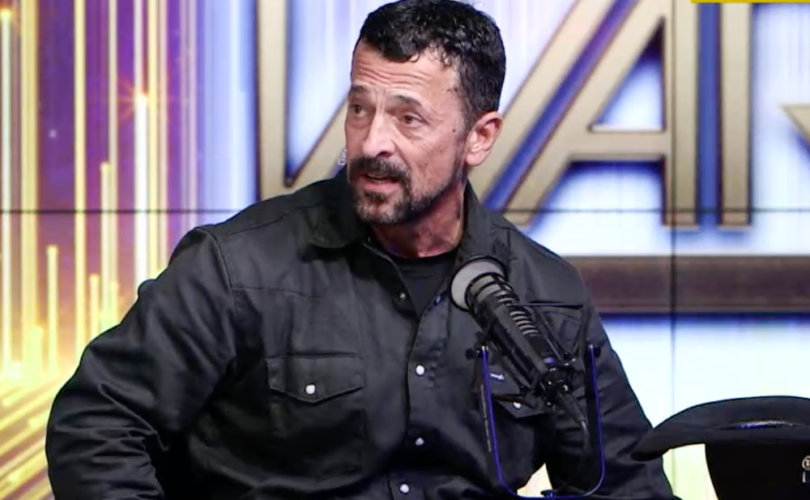 (LifeSiteNews) – A U.S. Army lieutenant colonel and combat physician has described how fellow medics in the Army were told not to enter records of COVID jab adverse reactions into official databases.

“They either look the other way or they just say, ‘Well, I can’t do that. It doesn’t exist’,” said Dr. Peter Chambers, a lieutenant colonel in the U.S. Army, Special Forces Green Beret, and combat physician.

Chambers made the comments as part of the Truth For Health Foundation’s ninth online conference, which saw the announcement of the Foundation’s new global reporting system for COVID jab injuries.

Discussing the armed forces COVID jab rollout along with Dr. Elizabeth Lee Vliet, the Foundation’s president and CEO, Chambers shed light on his recent experience as a taskforce surgeon for Operation Lone Star, a border security mission of the Texas military at the U.S.-Mexico border.

Chambers, a veteran of 39 years and a Purple Heart recipient, received Moderna’s COVID jab in January 2021, unaware of the potential side effects. He now counts himself as an advocate for the “vaccine wounded” due to the adverse reactions he experienced afterwards.

He swiftly developed “brain fog” of a kind which he had not experienced even while suffering aftershock from rockets while on active duty, and experienced loss of eyesight.

Following an eventual MRI scan, after bouts of vertigo, dizziness, and nausea which caused him to crash a truck while returning from night patrol, Chambers was diagnosed with demyelination, a disease which affects the nerve tissue.

Army medics ‘told not to enter’ adverse events into database

He recounted how he had seen “multiple soldiers” also suffering similar side effects from the injections, along with “six soldiers that have been in the ICU,” and one soldier who was forced to take a second jab despite having suffered micro-clotting after her first.

Dr. Chambers took down the details from these service personnel and entered them into the CDC’s Vaccine Adverse Events Reporting System (VAERS). However, he revealed to Dr. Vliet that “surgeons at the military hospitals were not letting them in. They were told not to enter people into VAERS.”

“Doctors told me personally in the active duty system that worked at Fort Sam Houston, that they were not to enter people into the VAERS system,” he added.

Due to the COVID jabs’ collective nature of being experimental vaccines, Chambers noted how “we can’t even enter it [COVID jab injuries] into our own defense, medical, epidemiological database.”