A scenario ripe for a zombie-horror movie has just happened. The U.S. Centers for Disease Control and Prevention revealed Tuesday that vials labeled ‘smallpox’ — an extremely deadly virus that was eradicated in the 1970s — were found at a vaccine research facility in Pennsylvania.

Just days after Bill Gates in an interview said that the next thing we need to prepare for is a smallpox bioterror attack, vials of… wait for it… smallpox dried vaccine were randomly ‘discovered’ in a research lab in Pennsylvania. What an amazing coincidence, wouldn’t you say? Don’t kid me, man, go kid your grandma.

“Behold ye among the heathen, and regard, and wonder marvellously: for I will work a work in your days, which ye will not believe, though it be told you.” Habakkuk 1:5 (King James Bible) If you haven’t figured this out by now, you’re pretty stupid, and I say that with as much charity as possible. This whole thing is such a sham that it boggles the mind that anyone believes any of it anymore.

Bill Gates held Event 201 in October 2019, and 8 weeks later it happens? In 2021 Bill Gates warns of a coming smallpox attack and days later 15 vials of smallpox are found in a lab?

Wakey, wakey, people, the wolf is at the door, and his name is Bill. 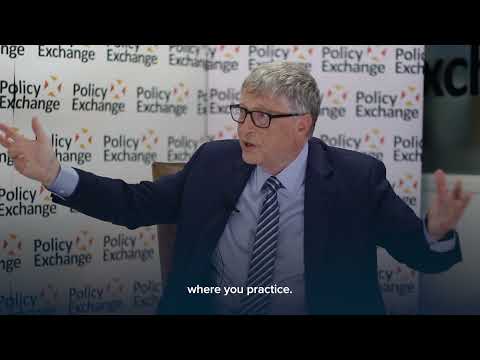