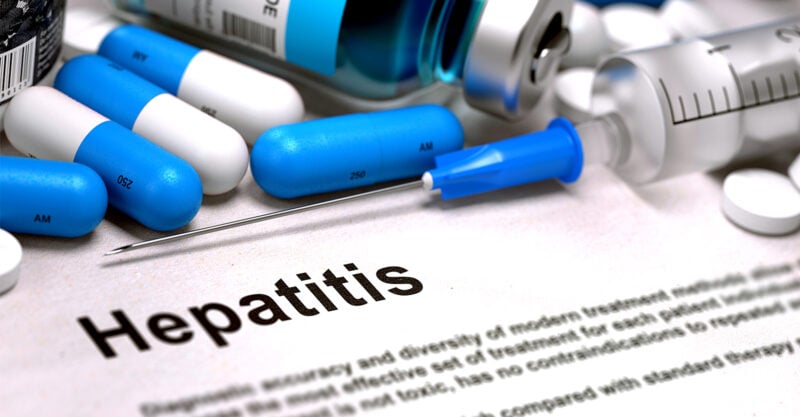 In a May 18 update, the Centers for Disease Control and Prevention (CDC) said it is investigating 180 cases of hepatitis in children, up 71 from the 109 cases the agency reported on May 5.

The cases occurred in 36 states and territories over the past seven months.

The CDC reported on May 5 that 90% of the children were hospitalized, and 5 deaths were under investigation.

According to the May 18 update, no deaths were reported since February, and the proportion of patients requiring liver transplants decreased since May 5 from 15% to 9%.

The U.S. now has as many cases as the U.K., which on May 12 updated its numbers to 176 cases. As of May 3, 11 U.K. children had received liver transplants; there were no deaths.

On May 11, the European Centre for Disease Prevention and Control reported a total of 449 probable cases of sudden and severe hepatitis in children in 27 nations, but with the updated numbers from the U.S. and the U.K., the total number is now 533.

According to Healthline, Hepatitis is the medical term for inflammation of the liver, typically is caused by one of several known viruses, medications or exposure to certain chemicals.

However, the World Health Organization (WHO) reported these common causes were ruled out in the hepatitis cases, which is what makes the cases so unusual.

Affected children were between 1 month and 16 years old. More than three-fourths of the children in the U.K. were under 5, and those in the U.S. had a median age of 2 years, according to the WHO.

Overall, 11 children died so far, and 31 were reported to require liver transplants.

“It’s extremely unusual because these are healthy children,” and most of them are younger than 5, Dr. Elizabeth Whittaker told the Washington Post. Whittaker, a pediatric infectious diseases specialist at Imperial College in London, is assisting the investigation in the U.K.

The growing number of cases has spurred an international race to identify the cause, with doctors and researchers from global health agencies, including in the U.S., the U.K., Israel, Italy and Japan, sharing data and hypotheses.

According to the WHO, the common viruses that can cause acute viral hepatitis (hepatitis viruses A, B, C, D and E) were not detected in any of the cases, nor does international travel appear to be a factor.

Seven months in, Whittaker said, “We have not had any ‘aha’ moments.”

“At present, the leading hypotheses remain those which involve adenovirus — with also still an important consideration about the role of COVID as well, either as a co-infection or a past infection,” said Philippa Easterbrook, with the WHO’s global hepatitis program, during a May 10 press conference.

Easterbrook also said (on May 10) that within the week, there would be data from the U.K. on a case control study comparing whether the detection rate of adenovirus in children with acute hepatitis differs from that of children hospitalized for another reason.

“That will really help hone down whether adeno[virus] is just an incidental infection that’s been detected or there is a causal or likely causal link,” Easterbrook said. At the May 17 WHO press conference, no further information was provided about this study.

Adenoviruses are a common family of viruses that cause symptoms ranging from the common cold to pinkeye.

The strongest evidence that adenovirus may be the cause of the hepatitis outbreak are test results that detected adenovirus in the blood of more than half the children in the U.S. and nearly three-quarters of those in the U.K.

Some of the children in the U.S. also tested positive for the adenovirus 41 strain, which is associated with severe stomach illness.

However, adenovirus was not detected in the children’s liver tissue, which would be expected if it was causing the liver injury.

Adenovirus on its own is rarely associated with severe liver damage in healthy children, but other factors could increase vulnerability.

Another possibility is that SARS-CoV-2 could be the cause, and some doctors suggest this could have contributed to liver inflammation through an old infection or a co-infection that triggered the immune system to overreact.

“The big focus over the next week is looking at serological testing for previous exposure and infections with COVID,” Easterbrook said.

Doctors in Israel favor the hypothesis that COVID-19 is a possible cause.

“Some of us think that the only thing that changed in the last year is COVID-19,” said Dr. Eyal Shteyer, head of the pediatric liver unit at Shaare Zedek Medical Center in Jerusalem, where seven children were treated.

A letter published on May 13 in The Lancet presented the idea that part of the SARS-CoV-2 spike protein resembles a bacterial toxin that could provoke an abnormal response in the immune system when there is a co-infection with adenovirus 41.

U.S. and U.K. doctors noted that few of the children they treated for hepatitis had documented COVID-19 infections.

COVID-19 vaccines not thought to be the cause

In the U.K., no COVID-19 vaccinations were recorded in cases of children under the age of 5 who developed hepatitis, and this age group makes up more than 75% of the hepatitis cases, according to the U.K. Investigation report.

In the U.S., none of the nine children in Alabama had received the COVID-19 jab.

The CDC noted on May 18 that while the 71 cases reported since May 5 may appear to be a large increase, “it’s important to understand the vast majority of these are what we consider ‘retrospective’ patients.”

According to the CDC:

“Since CDC’s investigation looks at patients reported back to October of 2021, most of these numbers involve patients that are just now being reported, rather than new cases of hepatitis — so not all are recent, and some may ultimately wind up not being linked to this current investigation.”

The CDC recommends everyday hygiene, such as regular hand-washing, to prevent infectious disease.

According to the WHO, many cases globally have included reports of gastrointestinal symptoms including stomach pains, diarrhea and vomiting, prior to requiring hospitalization. Fever wasn’t reported as a symptom.

Jaundice is an indication that something is wrong with the liver, and medical attention should be sought immediately.

Parents should also watch for symptoms that include dark urine, loss of appetite and light-colored stools.

One thought on “What’s Behind the Outbreak of Sudden, Severe Hepatitis in Kids?”