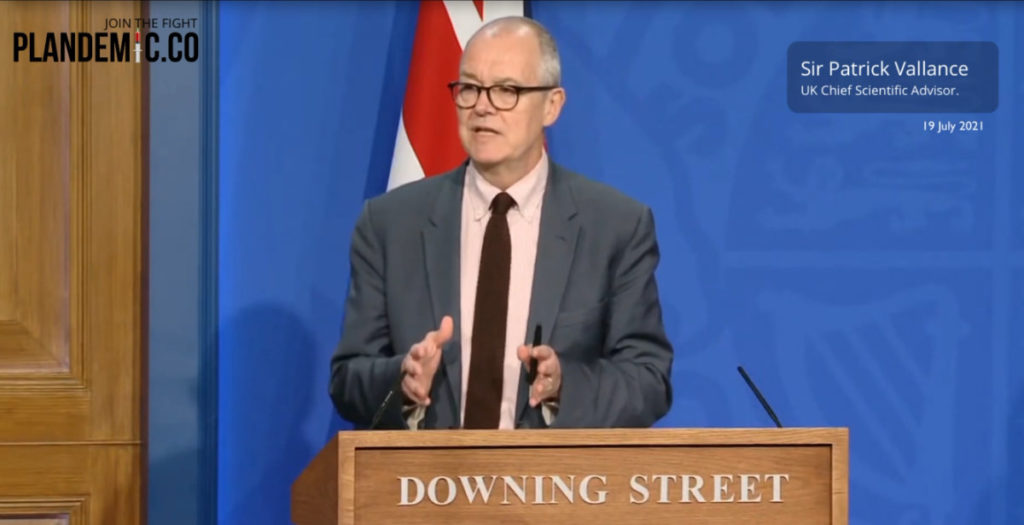 Yesterday, the UK Chief medical advisor, Sir Patrick Vallance, told a news conference 60% of coronavirus-related hospital admissions were double-jabbed admissions. He spoke at length of how the number of people admitted to hospital with COVID-19 have been double vaccinated and that is not surprising as the vaccines are not 100% effective and that you can still catch the virus and you can still pass it on.

This still does beggar the question of why the hell you would take it in the first place?

Now, there is an extra twist to this tale as Mr. Vallance later took to Twitter to announce that he had got it wrong at the press conference. It was not 60% that were double jabbed as he had flawlessly explained – well, as long as you disregard the bullshit science. It was 60% unvaccinated.

Is Mr. Vallance the tea boy at the ministry to get such a huge statistic wrong and then later say “Whoops”.

This is more smoke and mirrors bullshit to keep you from knowing if you’re coming or going, but as long as you’re jabbed! It’s always about the jab and the money people like Vallance are making from it. At the start of the #Plandemic he had £600,000 worth of shares in the vaccine maker GSK. That must have flourished nicely since, especially given his continued advice on getting jabbed with no alternatives to it. Traditionally, this would be seen as a conflict of interest but apparently no one cares.

Keep fighting for your rights!