The rapid push to replace conventional flu vaccines with mRNA-based alternatives — before mRNA COVID shots have even been licensed — raises the question, and risk, of whether mRNA flu shots might be getting emergency use authorization next. 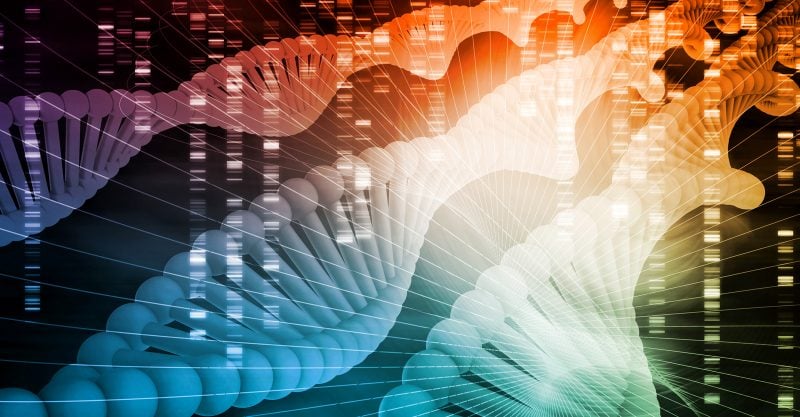 As detailed in “How COVID Vaccines Can Cause Blood Clots and More,” the gene-based COVID-19 injections are a disaster in the making. mRNA-based “vaccines” have been in the works for years, and were never perfected. Now all of a sudden, despite evidence of serious danger, a number of mRNA “vaccines” are in the pipeline.

Among them is a COVID-flu RNA vaccine combo, which is currently being tested on ferrets, and several different mRNA seasonal influenza vaccines, which have already entered human trials. As reported by The Verge, July 7:

“Moderna gave its mRNA-based seasonal flu vaccine to the first set of volunteers in a clinical trial, the pharmaceutical company announced today. The start of the trial marks the next stage of the company’s work on this type of vaccine technology after the overwhelming success of its COVID-19 vaccine, which was built using the same strategy …

“People who get an mRNA vaccine are injected with tiny snippets of genetic material from the target virus. Their cells use that genetic information to build bits of the virus, which the body’s immune system learns to fight against …

“Moderna is the second group to start testing its mRNA flu shot in human trials — Sanofi and Translate Bio kicked off a trial this summer. Pfizer and BioNTech have been interested in mRNA flu shots for a few years, and they’re pushing forward with those plans as well.”

Moderna plans to enroll 180 participants aged 18 and older in its Phase 1/2 randomized, stratified, observer-blind, dose-ranging study of mRNA-1010, a quadrivalent flu “vaccine” that aims to protect against seasonal influenza A H1N1, H3N2 and influenza B Yamagata and Victoria.

In a press release, Moderna’s CEO Stephanie Bancel stated the company hopes to be able to create combination vaccines to protect against several different infections at the same time, such as influenza, COVID-19 and other respiratory infections:

“Respiratory combination vaccines are an important pillar of our overall mRNA vaccine strategy,” Bancel said. “We believe that the advantages of mRNA vaccines include the ability to combine different antigens to protect against multiple viruses and the ability to rapidly respond to the evolution of respiratory viruses, such as influenza, SARS-CoV-2 and RSV.

“Our vision is to develop an mRNA combination vaccine so that people can get one shot each fall for high efficacy protection against the most problematic respiratory viruses.”

The rapid push to replace conventional flu vaccines with mRNA-based alternatives — before mRNA COVID shots have even been licensed — raises the question, and risk, of whether mRNA flu shots might be getting emergency use authorization (EUA) next.

Worldwide, 3 million to 5 million people come down with influenza, which places “substantial burden on health care systems,” according to Moderna, so it’s not hard to imagine the U.S. Food and Drug Administration giving EUA to any number of shots under the justification that we need to protect the health care system from being overloaded with respiratory infection cases.

Whether combo mRNA shots against several different types of respiratory viruses will actually work or have an even worse disaster potential than the COVID shots remains to be seen. What we do know is that conventional flu vaccines have the potential to cause viral interference with the mRNA COVID shots, essentially making you more prone to severe COVID-19 if you’ve received a conventional flu vaccine.

We discussed this in my May 2020 interview with Judy Mikovits, Ph.D., Dr. Michael Murray, a naturopathic physician and author, also pointed this out in his blog post, “Does Flu Shot Increase COVID-19 Risk?” The trend was particularly evident in Italy at the beginning of the COVID pandemic, where many elderly succumbed to the infection.

As it turns out, Italy had introduced a new, more potent type of flu vaccine, called VIQCC, in September 2019. VIQCC is produced using cultured animal cells rather than embryonated chicken eggs, which gives a greater boost to the immune system. It also contains four types of influenza viruses. “It looks like this ‘super’ vaccine impacted the immune system in such a way to increase coronavirus infection through virus interference,” Murray wrote.

Lessons from the 2009 swine flu pandemic

The kind of virus interference Murray was referring to had been shown to be at play during the 2009 pandemic swine flu. A 2010 review in PLOS Medicine led by Dr. Danuta Skowronski, a Canadian influenza expert with the Centre for Disease Control in British Columbia, found the seasonal flu vaccine increased people’s risk of getting sick with pandemic H1N1 swine flu and resulted in more serious bouts of illness.

People who received the trivalent influenza vaccine during the 2008-2009 flu season were between 1.4 and 2.5 times more likely to get infected with pandemic H1N1 in the spring and summer of 2009 than those who did not get the seasonal flu vaccine.

To double-check the findings, Skowronski and other researchers conducted a follow-up study on ferrets. Their findings were presented at the 2012 Interscience Conference on Antimicrobial Agents and Chemotherapy.

“Some interesting data has become available which suggests that if you get immunized with the seasonal vaccine, you get less broad protection than if you get a natural infection …

“We may be perversely setting ourselves up that if something really new and nasty comes along, that people who have been vaccinated may in fact be more susceptible compared to getting this natural infection.”

Virus interference was also demonstrated in a January 2020 study which found Department of Defense personnel who were vaccinated against influenza were significantly more likely to contract other respiratory viruses, including unspecified coronavirus infections and human metapneumovirus (hMPV).

Another is respiratory syncytial virus (RSV), which is similar to coronavirus. RSV is yet another virus shown to be very difficult to prevent with a vaccine. RSV vaccine experiments done in the 1960s ended in disaster, as several of the children studied developed antibody-dependent enhancement and died from the resulting cytokine storm when exposed to the wild virus.

Considering influenza antibodies increase your risk for hMPV and coronavirus infection, and an RSV vaccine has yet to be developed due to the well-known risk of RSV vaccine-enhanced disease, why is Moderna focusing on making an mRNA shot against all four viruses at the same time?

The problem that all of these studies highlight is that influenza vaccination confers very narrow immunity against a specific viral strain, leaving your body open to other viruses. The mRNA shots confer even more specific immunity, as your body is responding to the antigen alone rather than the whole virus.

When it comes to SARS-CoV-2 — which appears to be a genetically manipulated virus designed to attack your cardiovascular system and basic immune function — the spike protein is actually the most dangerous part. This explains why so many are having serious side effects from these COVID shots. The spike protein acts as a toxin in and of itself.

If you instruct your body to develop a narrow range of antibodies against, say, SARS-CoV-2, a couple of influenza strains, along with hMPV and/or RSV, will that make you more susceptible to other far more serious infections? Or will they start canceling each other out or cause cross-reactions?

Might such a combination exhaust and destroy your immune system entirely? These are just some of the questions that come to mind, based on what we’ve seen happen with other conventional vaccines and the current mRNA shots for COVID.