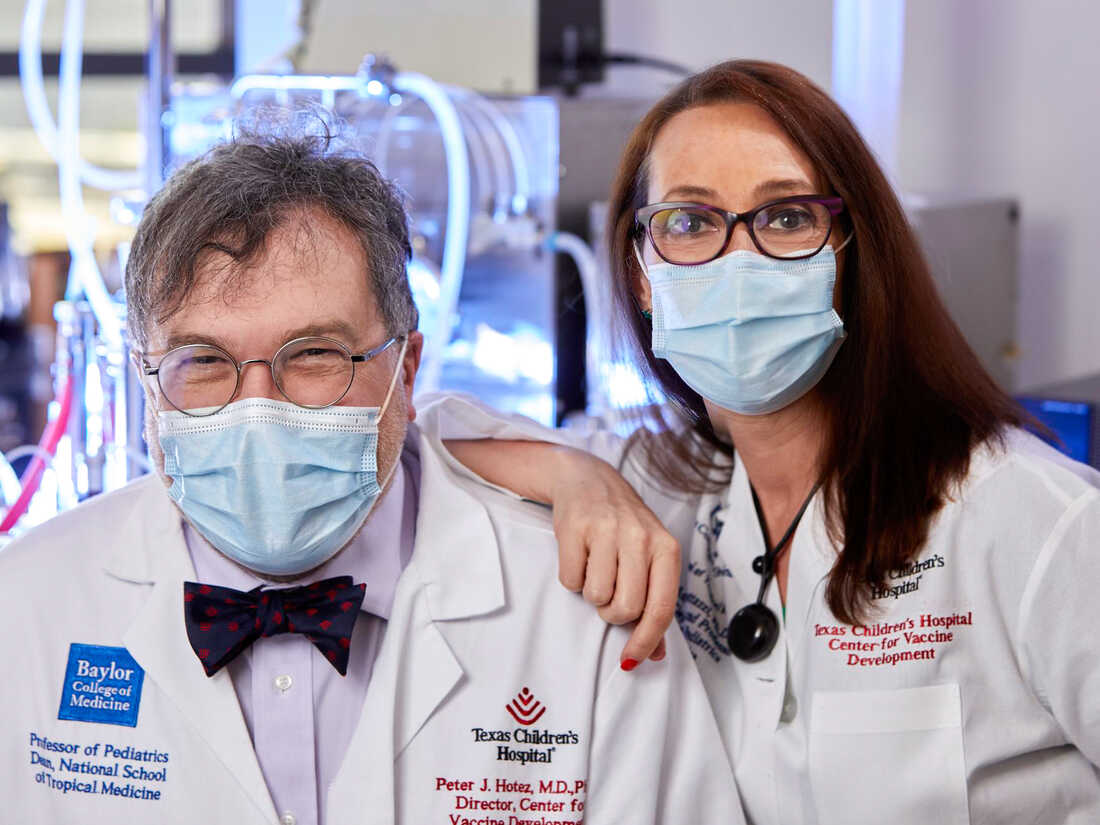 Dr. Peter Hotez and Dr. Maria Elena Bottazzi of Texas Children’s Hospital and Baylor College of Medicine have developed a COVID-19 vaccine that could prove beneficial to countries with fewer resources.

A vaccine authorized in December for use in India may help solve one of the most vexing problems in global public health: How to supply lower-income countries with a COVID-19 vaccine that is safe, effective and affordable.

The vaccine is called CORBEVAX. It uses old but proven vaccine technology and can be manufactured far more easily than most, if not all, of the COVID-19 vaccines in use today.

“CORBEVAX is a game changer,” says Dr. Keith Martin, executive director of the Consortium of Universities for Global Health in Washington, D.C. “It’s going to enable countries around the world, particularly low-income countries, to be able to produce these vaccines and distribute them in a way that’s going to affordable, effective and safe.”

The story of CORBEVAX begins some two decades ago. Peter Hotez and Maria Elena Bottazzi were medical researchers at George Washington University in Washington, D.C., where they worked on vaccines and treatments for what are called neglected tropical diseases, such as schistosomiasis and hookworm.

When a strain of coronavirus known as SARS broke out in 2003, they decided to tackle that disease. After moving to Houston to affiliate with Baylor College of Medicine and the Texas Children’s Center for Vaccine Development, they created a vaccine candidate using protein subunit technology. This involves using proteins from a virus or bacterium that can induce an immune response but not cause disease.

“It’s the same technology as the hepatitis B vaccine that’s been around for decades,” Hotez says. 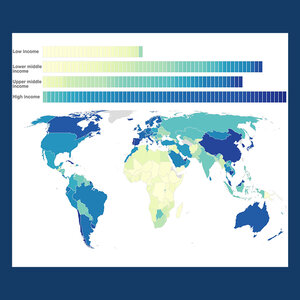 Their SARS vaccine candidate looked promising, but then the SARS outbreak petered out. No evidence of disease, no need for a vaccine.

When a new strain of coronavirus triggered the COVID-19 pandemic, Hotez and Bottazzi figured they could dust off their old technology and modify it for use against COVID-19. After all, the virus causing COVID-19 and the virus causing SARS are quite similar.

Hotez says they tried to interest government officials in the vaccine, but they weren’t impressed.

“People were so fixated on innovation that nobody thought, ‘Hey, maybe we could use a low-cost, durable, easy-breezy vaccine that can vaccinate the whole world,’ ” Hotez says.

“We really honestly couldn’t get any traction in the U.S., but our mission is always to enable technologies for low- and middle-income countries production and use,” Bottazzi recalls.

So they turned to private philanthropies. A major donor early on was the JPB Foundation in New York.

“When people say, ‘Why did we move [from Washington, D.C.] to Texas?’ Well, we knew that this was a great philanthropic environment. So this is really very much a Texas vaccine,” although there were other, smaller donors from all over the country.

Hotez says that unlike the mRNA vaccines from Pfizer and Moderna, and the viral vector vaccine from Johnson & Johnson, protein subunit vaccines like CORBEVAX have a track record. So he and Bottazzi were relatively certain CORBEVAX would be safe and effective.

“And it’s cheap, a dollar, dollar fifty a dose,” Hotez says. “You’re not going to get less expensive than that.”

Clinical trials showed they were right to be confident CORBEVAX would work. An unpublished study conducted in India involving 3,000 volunteers found the vaccine to be 90% effective in preventing disease cause by the original COVID-19 virus strain and 80% against the delta variant. It’s still being tested against omicron.

But CORBEVAX is already entering the real world. Last month, the vaccine received emergency use authorization from regulators in India. An Indian vaccine manufacturer called Biological E Ltd is now making the vaccine. The company says it is producing 100 million doses per month and has already sold 300 million doses to the Indian government.

“The real beauty of the CORBEVAX vaccine that Drs. Hotez and Bottazzi created is that intellectual property of this vaccine will be available to everybody,” Keith Martin says. “So you can get manufacturers in Senegal, and South Africa and Latin America to be able to produce this particular vaccine.”

By contrast, the makers of Pfizer and Moderna, for example, are not sharing their recipe.

One drawback to the CORBEVAX technology is that it can’t be modified as quickly as mRNA vaccines can to adjust to new variants.

“Something which can be adapted the fastest versus something that can be adapted relatively quickly, but then more importantly can be manufactured at a large global capacity and at a cost of production which is much lower,” says Prashant Yadav, senior fellow at at the Center for Global Development in Washington, D.C. The thought is some protection may better than no protection.

Of course, the ideal vaccine would have both qualities, and Peter Hotez is at work trying to develop technologies that can do that.

“There’s no issue with pushing innovation,” he says. “I think that’s one of the really positive features of the U.S. vaccination program for COVID. The problem was it wasn’t balanced with a portfolio or oldies but goodies.”

Hotez is hoping his oldie but goodie will usher in a brighter future for the world.