The United States government admitted to the existence of U.S. Department of Defense-funded biolabs in Ukraine. The Russian government has made stirring allegations regarding the contents of U.S.-funded Ukrainian labs, suggesting that the labs are home to bioweapons research that could be used against enemies of the globalist Western regime. Meanwhile, the Department of Defense has used a base in San Antonio to study human tissue and RNA material exclusively from Caucasian Russians.

U.S. State Department records show that in 2005 the U.S. Department of Defense made an agreement with Ukraine to fund biolabs to conduct research supposedly to stop the construction of bioweapons. The agreement states: “In order to assist Ukraine in preventing the proliferation of technology, pathogens, and expertise that are located at the Scientific Research Institute of Epidemiology and Hygiene (Lviv), the Ukrainian Scientific Research Anti-Plague Institute (Odessa), the Central Sanitary Epidemiological Station (Kyiv), and other facilities in Ukraine identified by the Ministry of Health of Ukraine, and that could be used in the development of biological weapons, the U.S. Department of Defense shall provide assistance to the Ministry of Health of Ukraine at no cost, subject to the availability of funds appropriated for this purpose, in accordance with the terms of this Agreement.” 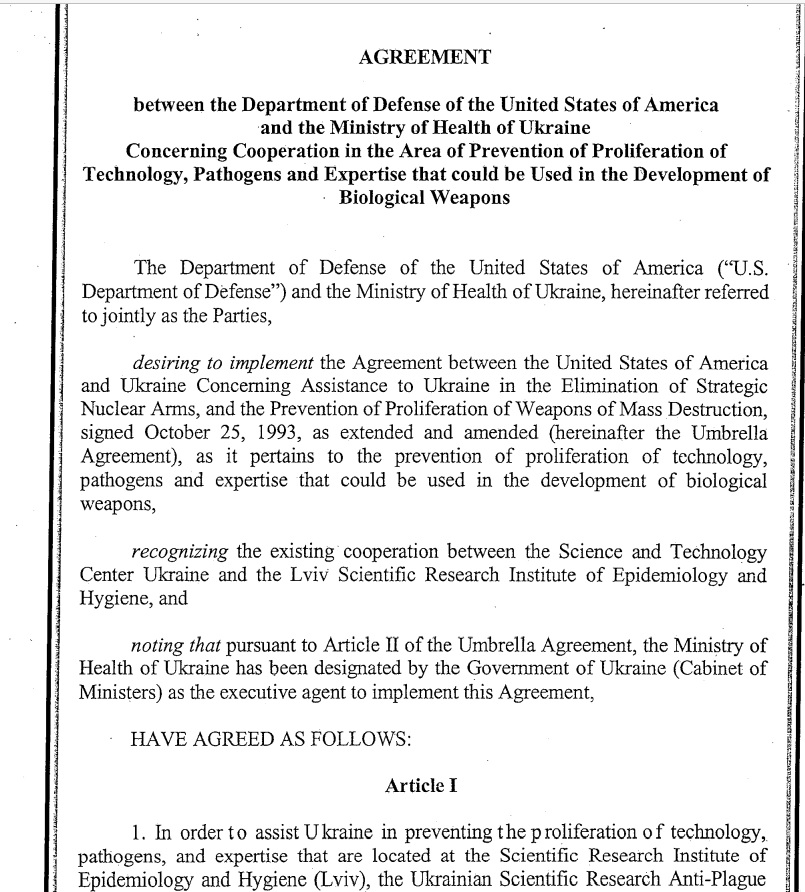 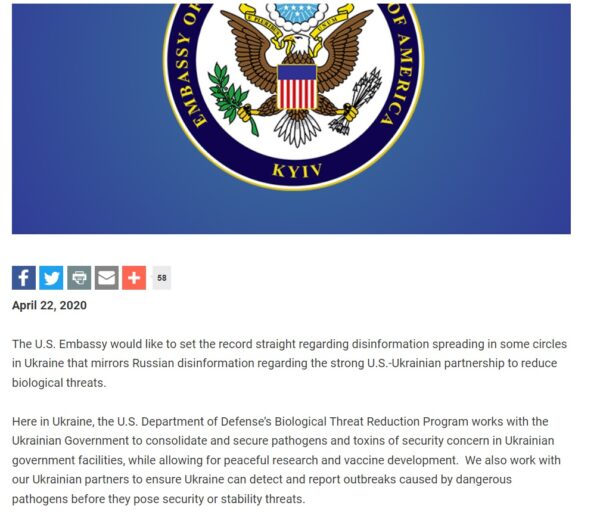