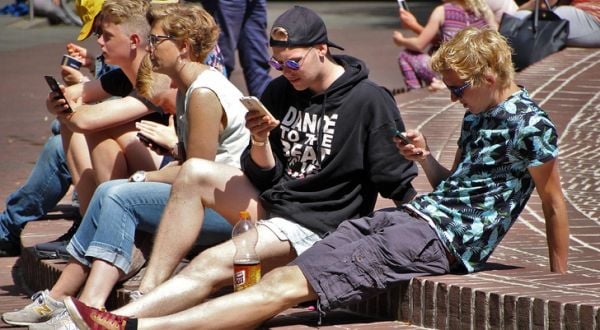 Members of an FDA panel were worried about the risk of myocarditis when they approved the Pfizer-BioNTech COVID-19 shot for children last fall, and now there is more cause for concern.

A new study published by JAMA Pediatrics found adolescents were seven times more likely to be hospitalized for myocarditis after receiving a second dose of the Pfizer vaccine.

The researchers in Hong Kong found an incidence of 39 cases of myocarditis per 100,000 inhabitants. That means that for every 2,563 teens vaccinated with two doses, one was hospitalized for myocarditis, an inflammation of the heart muscle.

The study, published Feb. 25, argued that vaccination policy “for adolescents should consider the trade-off between risks and benefits.”

The authors noted that case of myocarditis “following the second dose of messenger RNA (mRNA) vaccine are accruing worldwide, especially in younger male adults and adolescents.”

“In weighing the risk of myocarditis against the benefit of preventing severe COVID-19, Norway, the UK, and Taiwan have suspended the second dose of mRNA vaccine for adolescents. Similarly, adolescents (aged 12-17 years) in Hong Kong have been recommended to receive 1 dose of [the Pfizer vaccine] instead of 2 doses 21 days apart since September 15, 2021.”

The cohort study found 43 adolescents in Hong Kong had been hospitalized for myocarditis after receiving the Pfizer vaccine. Significantly, 84% of the hospitalizations – 36 of the 43 – occurred after the second dose.

FDA removes data
In February, after an inquiry from the Epoch Times, the FDA removed from its website a document with details about an unpublished meta-analysis that found the rates of post-vaccination heart inflammation were higher than any U.S. agency previously had reported. The incidence in males aged 18 to 25 was 148 per 1 million vaccinated. Another peer-reviewed study in Hong Kong of Chinese male adolescents, as WND reported in December, found a rate of 37 per 100,000, or 370 per 1 million. The study found the onset of myocarditis came a median of two days after vaccination.

Myocarditis also occurs among people who contract COVID-19. However, a U.K. study published in December found that men under 40 were much more likely, and females under 40 were more likely, to suffer from heart inflammation after Moderna’s second shot than from COVID-19 itself.

The results supported a study published in November by the Journal of the American Heart Association that found mRNA vaccines could be causing an increase in vascular events such as thrombosis, cardiomyopathy and other vascular events following vaccination.

‘A side effect that can’t be measured yet’
Members of an FDA panel last October that eventually approved the Pfizer vaccine for children ages 5 to 11 expressed concern about the risk of myocarditis. Eric Rubin, editor-in-chief of the New England Journal of Medicine, called myocarditis “a side effect that we can’t measure yet,” but he concluded the shots should be given to children anyway.

“We’re never going to learn about how safe the vaccine is unless we start giving it,” he argued. “That’s just the way it goes.”

‘Right into the heart’
Prominent cardiologist Dr. Peter McCullough has found from his review of studies that the rate of myocarditis produced by COVID-19 is mild and “inconsequential.” However, myocarditis caused by the vaccine can be severe, he said, citing pre-clinical studies showing the lipid nanoparticles – which deliver the spike protein in the mRNA system – “go right into the heart.”

“When the kids get myocarditis after the vaccine, 90% have to be hospitalized,” McCullough said in a podcast interview in December. “They have dramatic EKG changes, chest pain, early heart failure, they need echocardiograms.”

Dr. Robert W. Malone, the lead inventor of the mRNA technology platform that later was used in the Pfizer and Moderna vaccines, has pointed out that the Hong Kong study was an analysis of hospital records, meaning it did not include adolescents who may have developed the disease but did not seek medical attention.

Malone said the information on the risks associated with the COVID-19 vaccines is coming out despite a concerted effort by government, news media and social media to suppress it

The frequency of myocarditis in young males is so high, Malone said, “it can’t be hidden.

“What we’re finding out is that we’ve been lied to. That’s the truth.”

Malone, on his SubStack page, said there is increasing evidence that vaccinating young people for COVID-19 is “bad medicine, bad policy and shows poor decision making by the FDA on the rushed decision to grant EUA status to these vaccines, particularly for male adolescents and male young adults.”

He urged parents to “consider very carefully before making the decision to vaccinate children.”

The idea, Malone said, “that this vaccine should be mandated in our schools is absolutely wrong, and if we do not reverse these decisions by national authorities, states, and local school boards we will be sentencing a significant fraction of our youth to government-mandated heart damage.”