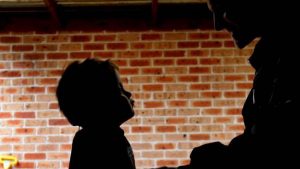 Australian children are removed from their families more often than anywhere in the Western world, nearly twice as often as in the US and almost three times the rate in New Zealand, a parlia­mentary inquiry into child welfare has heard.

Mary Moore, convener of the volunteer Alliance for Family Preservation and Restoration, told the NSW parliamentary committee yesterday that children were being taken into care based on the opinion of case workers where no harm had occurred “but because they have concerns the child might suffer harm in the future, and they’re then in care until age 18”.

Ms Moore said she had struggled in vain to find data from any government worldwide that demonstrated a higher rate of removal than Australia’s 2272 children per million. Finland, with a population of 5.4 million, was next at 1851 children per million, with the US in fourth place at 1255 per million and New Zealand sixth at 840.

Domestic Violence NSW policy manager Sophie Trower told of a woman whose children were kept from her after her jaw was broken by a violent partner, because case workers deemed her “too pretty” and therefore likely to get into another abusive relationship. This was despite the fact the agencies dealing with the woman and her two children in their out-of-home care placements recommended reunification “after incredible strength, resilience and hard work to improve safety and wellbeing by the mother had been clearly documented”.

“I think in some jurisdictions there is a culture of removal, and a culture of victim blaming … in domestic and family violence there is a significantly lower knowledge base across the board of ­people who understand the ­dynamics,” Ms Trower said.

“This was a very clear case of where a woman was told that ­because she was too attractive she was more likely to get into a violent relationship.”

Ms Trower said the case had been referred to the Ombudsman but she did not know whether, seven months on, the children had yet been returned.

Ms Moore, whose submission described Australia as “the child-stealing capital of the Western world”, said a lack of regulation in child protection “breeds an environment of incompetence, misconduct and corruption experienced daily by children and families”.

She described cases where pregnant women entered hospital to give birth in full expectation of being able to take their babies home afterwards, only to have the infants seized immediately and unexpectedly without even being allowed to suckle them.

“These are parents who believe they were going to be given help but they are not even able to give the baby colostrum,’’ she said.

“As a nurse, I would never ­recommend that.’’