The world’s No. 1 ranked tennis player, Novak Djokovic, may not be able to defend his title in the Australian Open after officials today canceled his visa over his failure to comply with the country’s COVID vaccine mandate. 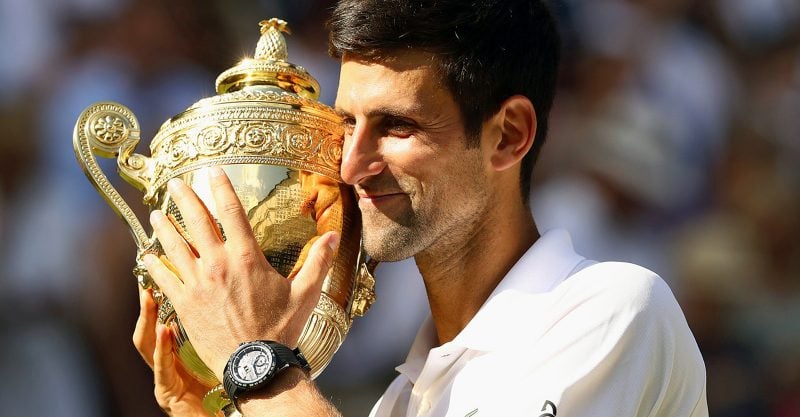 Australian authorities today revoked Novak Djokovic’s visa due to his unvaccinated status. It’s the latest twist in the ongoing battle over whether the nine-time Australian Open champion will be allowed to defend his title.

The world’s No. 1 ranked tennis player, who now faces deportation, will be detained Saturday and returned to detention.

Djokovic’s legal team will fight the decision and the case will go to a federal court over the weekend, with Djokovic’s lawyers pushing hard for a final decision on Sunday before he begins his bid for a historic 21st Grand Slam, the Independent reported.

“Today I exercised my power under section 133C(3) of the Migration Act to cancel the visa held by Mr. Novak Djokovic on health and good order grounds, on the basis that it was in the public interest to do so,” the statement said.

“In making this decision, I carefully considered information provided to me by the Department of Home Affairs, the Australian Border Force and Mr. Djokovic. The Morrison Government is firmly committed to protecting Australia’s borders, particularly in relation to the Covid-19 pandemic.”

Australia Prime Minister Scott Morrison said the minister’s decision to cancel Djokovic’s visa protected the “sacrifices” Australians had made during the pandemic.

“Australians have made many sacrifices during this pandemic, and they rightly expect the result of those sacrifices to be protected,” Morrison said in a statement. “This is what the minister is doing in taking this action today.”

Commenting on today’s news, Robert F. Kennedy, Jr., chairman and chief legal counsel of Children’s Health Defense, said, “This is a clear indication the Australian authorities regard this as a political matter, not one that has anything remotely to do with public safety.”

Kennedy explained Novak’s appeal for a medical exemption from vaccination is “squarely based in long-standing evidence” around the superior protection offered by natural immunity compared to vaccination.

“The science hasn’t changed over the last five days. Why the waffling around his visa status? Morrison’s attempt to frame the Australian citizens as the victims of Djokovic’s private health decision is a naked exercise in tyrannical political power. The ‘sacrifices’ of the Australian people Morrison refers to aren’t sacrifices at all. They are injuries borne of his nonsensical policies, and Djokovic is bringing international attention to them.”

The minister’s decision came just four days after a federal judge ordered Djokovic released from hotel detention when his visa was revoked the first time, reigniting a legal battle over the Serbian star’s entry into the country and whether he will be able to compete.

“It’s just a mess in every way,” said Titus O’Reily, a Melbourne-based sportswriter. “There are no winners in this whatsoever. They don’t have draws in tennis, but this is pretty much as close as it comes to a draw all round.”

Two independent panels associated with Tennis Australia and the Victorian state government had granted Djokovic a medical exemption on the grounds he was infected with COVID in December. The federal government argued, under its rules, previous infection with COVID is not a valid reason for an exemption.

As The Defender reported last week, Djokovic arrived in Melbourne’s Tullamarine airport on Jan. 5 to defend his title in the upcoming Australian Open tennis championship, set to begin Jan. 17.

Authorities promptly assessed Djokovic and rejected him for entry upon arrival. His visa was canceled on the spot and he was taken into temporary immigration detention on grounds he failed to provide evidence he was double-vaccinated or had a legitimate exemption to the policy.

On Jan. 7, a judge ordered Djokovic be freed from immigration detention, ruling the Australian Border Force (ABF) officers had been “unreasonable” when they canceled his initial visa to enter Australia.

Government lawyers warned at the time that Australia’s immigration minister could still cancel Djokovic’s visa, which would lead to an automatic three-year ban on his entering the country.

Djokovic will be 37 before he would be allowed to compete again in the Australian Open, although the three-year rule can be waived in special circumstances.