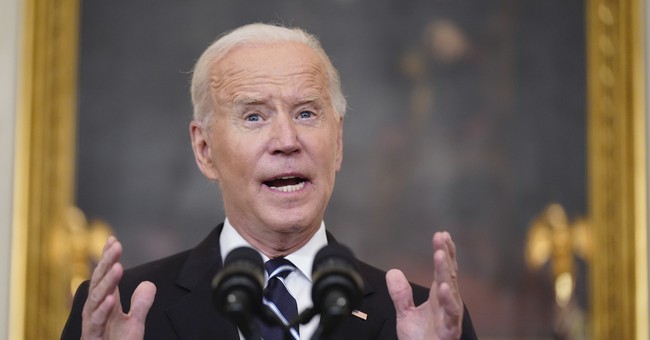 You saw the news yesterday. We’re now edging towards a period of biofascism. And we were lied to again by this administration and the experts. In July, CDC Director Rochelle Walensky said there will be no vaccine mandate nationwide. The Biden White House also said the same thing over the summer. Well, they lied. Shocker, right? If you give a Democrat an inch, they’ll take several hundred miles—and what happened yesterday is a prime example.  Any private business of 100 or more employees must tell their workers to get the shot. OSHA will be deputized as a medical SS to ensure compliance. We’re on the verge of a medical-based police state and a lot of Democrats don’t seem to care. This is American leftism after 100 years of maturation—ALL must bend to the will of the government. Luckily, not everyone in this camp has lost their marbles.

Glenn Greenwald, the co-founder of The Intercept, has been doling out scores of takes that just undercut the left-wing narrative which has earned him exile from this tribe. On his own accord, Greenwald had to resign from his own publication after they refused to publish a piece that was critical of Joe Biden during the 2020 election.

What he found is that Biden’s vaccine mandate could be viewed another way: I hate poor people.

The debate about vaccines was always touchy even before COVID. It wasn’t widely reported 24/7 but there have always been folks who were a bit nutty about this subject. That’s fine. This is America. What’s annoying is how the media now treats the vaccine debate as something new and clear-cut. It’s not. The prevailing liberal media narrative is that it’s white, MAGA-supporting Americans who are vaccine-hesitant. No doubt they make up a large chunk, but there are also key Democratic-supporting voter blocs as well, especially black Americans. The working poor is a huge chunk of the unvaccinated population, and this mandate will fall hardest on those who are not economically on solid ground. That’s all Greenwald noted. The Left apparently went nuts.

“The number of ignorant liberals responding to the above data by pointing out that the vaccine is free — and believing they’re making a clever point — will shock you if you look,” he wrote. “They still, after all these months, don’t understand why so many people are vaccine-hesitant.”

“A huge number of liberals absolutely believe non-liberals are stupid, primitive, ignorant, inferior and amoral troglodytes, and most COVID discourse has far more to do what that bigotry — and the glee they get in overriding their will — than it does anything resembling Science,” he added.

Yes, it’s a core characteristic of the American liberal: close-minded, vicious, and insufferable in their moral superiority.

And mandates is something they salivate over on…everything.