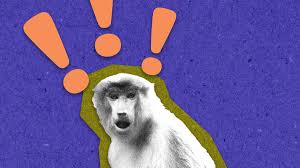 The sexual transmission of monkeypox, and asymptomatic infection, is still a mystery to scientists, the Centers for Disease Control and Prevention (CDC) has said.

Some monkeypox cases so far have occurred in men who have sex with men (MSM), according to the World Health Organization (WHO).

From this, experts have suspected that the virus has made its way into the population sexually.

Scientists already know that the main mode of monkeypox transmission is through close, physical contact. However, the question as to whether it is actually spreading through sexual fluids remains a mystery.

If it was, this would be uncharacteristic of the virus. Amid the news, the Joint United Nations Programme on HIV/AIDS (UNAIDS) has warned against “homophobic and racist stereotypes.”

“In the current monkeypox outbreak, we know that those with disease generally describe close, sustained physical contact with other people who are infected with the virus. We continue to study other possible modes of transmission, such as through semen,” the CDC said in the press release.

The CDC also said that it is “still learning” about those who are asymptomatic with the virus. It is also unknown whether a person infected, but displaying no symptoms, can spread the virus.

“We think people with symptoms are most likely associated with spread, but some people may have very mild illness and not know they are infected,” the CDC said in the press release.

The CDC’s statement comes following a week of debate as to whether monkeypox can be spread through airborne particles. The agency issued new guidance, advising those infected to wear a mask. However, many experts agree that direct contact remains the main mode of transmission.

The CDC also said in the press release that the virus cannot spread through “casual conversations,” or “walking by someone with monkeypox in a grocery store,” as other viruses such as COVID-19 can.

“Monkeypox virus is a completely different virus than the viruses that cause COVID-19 or measles. It is not known to linger in the air and is not transmitted during short periods of shared airspace,” the CDC’s statement reads.