Planet Earth is being forced into an abrupt climate shift, the ongoing global climate engineering operations are further fueling the overall process. The combination satellite / radar image below reveals an extremely anomalous and alarming scenario: a massive, bizarre, and completely unnatural, straight, south to north flow of tropical moisture from the record warm waters of the Caribbean. 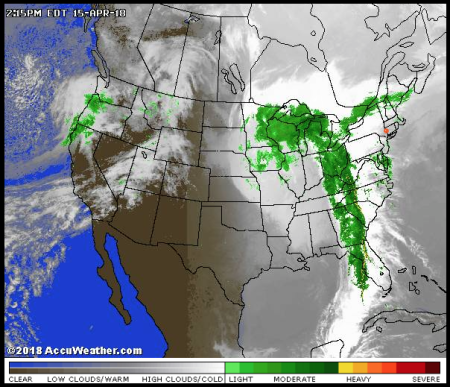 Again, the unprecedented scenario shown in the image above is warm tropical moisture which became a record breaking snowstorm as it reached the Great Lakes region. How is this possible? Massive climate engineering operations utilizing patented processes of chemical ice nucleation are at the core of this phenomenon.

Animations in the 40 second video further reveal the anomalous nature of this flow of moisture, which fueled the theatrically named “Winter Storm Xanto”.

Chemical ice nucleation (for weather modification) is a patented process, the link below is important to review in order to gain a better understanding of this process.

The next 8 links below provide further documentation and examples of the climate engineering chemical ice nucleation assault (and the processes involved).

The Departure From Normal High Temperature map below clearly shows a shocking temperature contrast scenario in the US Southeast. 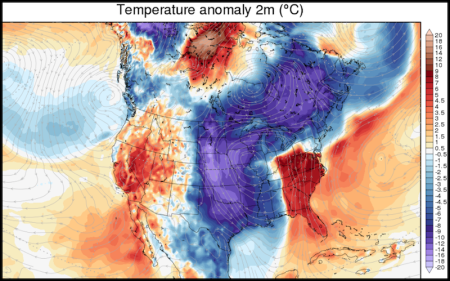 Flows of moisture can (and are) being completely manipulated by the climate engineers with the use of atmospheric aerosol saturation and radio frequency / microwave transmissions. The NEXRAD image below was captured on April 15th, 2018. 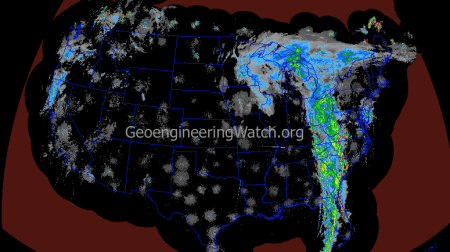 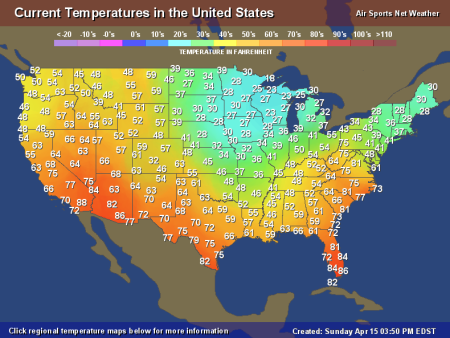 The Weather Channel temperature map below further reveals the completely anomalous and unnatural cool-down that climate engineering and chemical ice nucleation processes can create. Engineering winter weather from warmth (65 degrees and rain in Detroit, and snowing a short distance away). 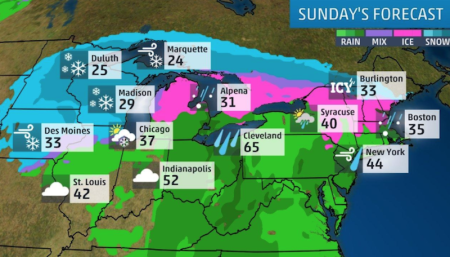 The final map below is another Departure From Normal High Temperature illustration.  The “bullseye” of cold temperatures west of the Great Lakes is very clearly visible (while most of the planet is at above normal temperatures). 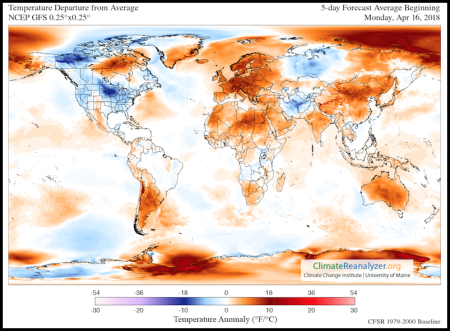 Over 70 years ago governments around the world made the decision to launch the global geoengineering experiment without public knowledge or consent, an experiment from which there is no return. There can be no legitimate discussion about the state of the climate without first and foremost addressing the subject of climate engineering. Further, there can be no legitimate discussion about climate engineering without addressing the completely engineered cool-downs via atmospheric manipulation and patented chemical ice nucleation processes. Geoenginering operations are the greatest and most immediate threat we collectively face short of nuclear cataclysm. Every single aware and awake individual is needed in the critical battle to expose and halt the climate engineering insanity Sharing credible data is key, make your voice heard while it can yet make a difference.