TUCSON (KVOA) – A rule that would have required healthcare workers to receive a COVID-19 vaccine, has been halted Friday, after a federal judge granted nationwide injunction over the mandate.

According to a tweet sent by Mark Brnovich, he stated after the federal judge’s ruling, “the Centers for Medicare and Medicaid Services (CMS) announced that it was suspending the rule.”

The letter sent by CMS to the Sate Survey Agency Directors stated that it “will not enforce the new rule regarding vaccination for health care workers or requirements for policies and procedures in certified Medicare/Medicaid providers and suppliers… while there are court-ordered injunctions in place prohibiting enforcement of this provision.”

To read those full documents, read below: 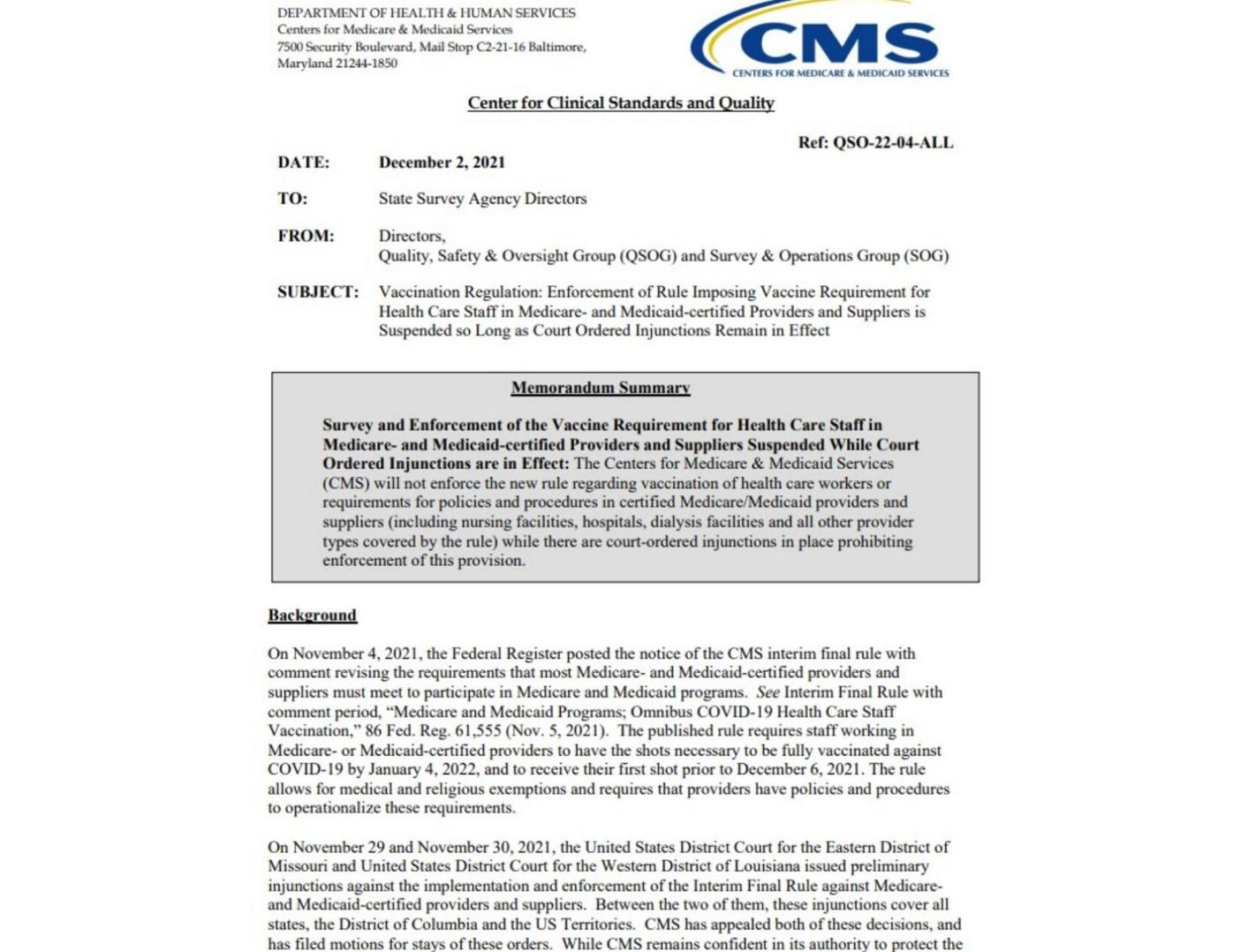 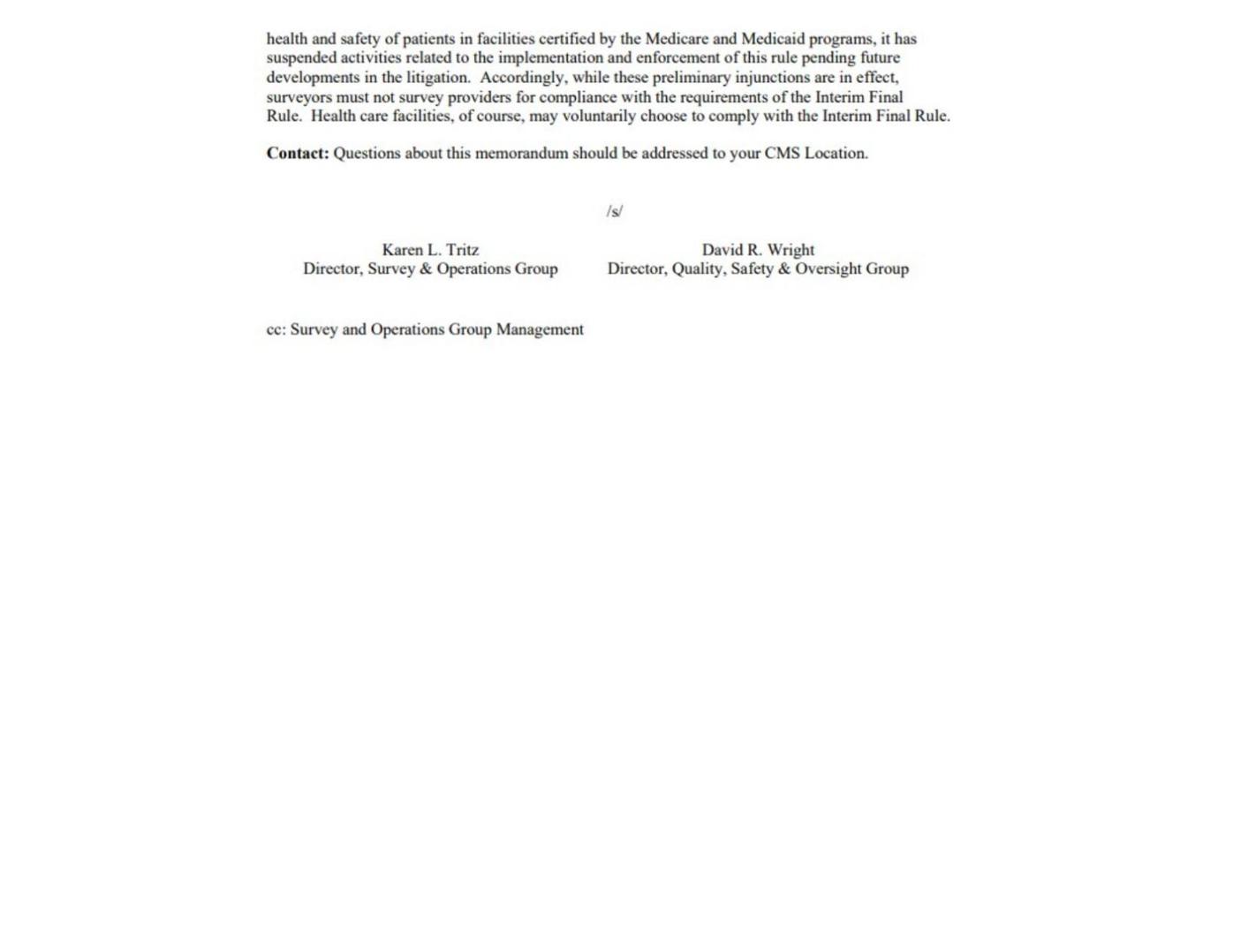