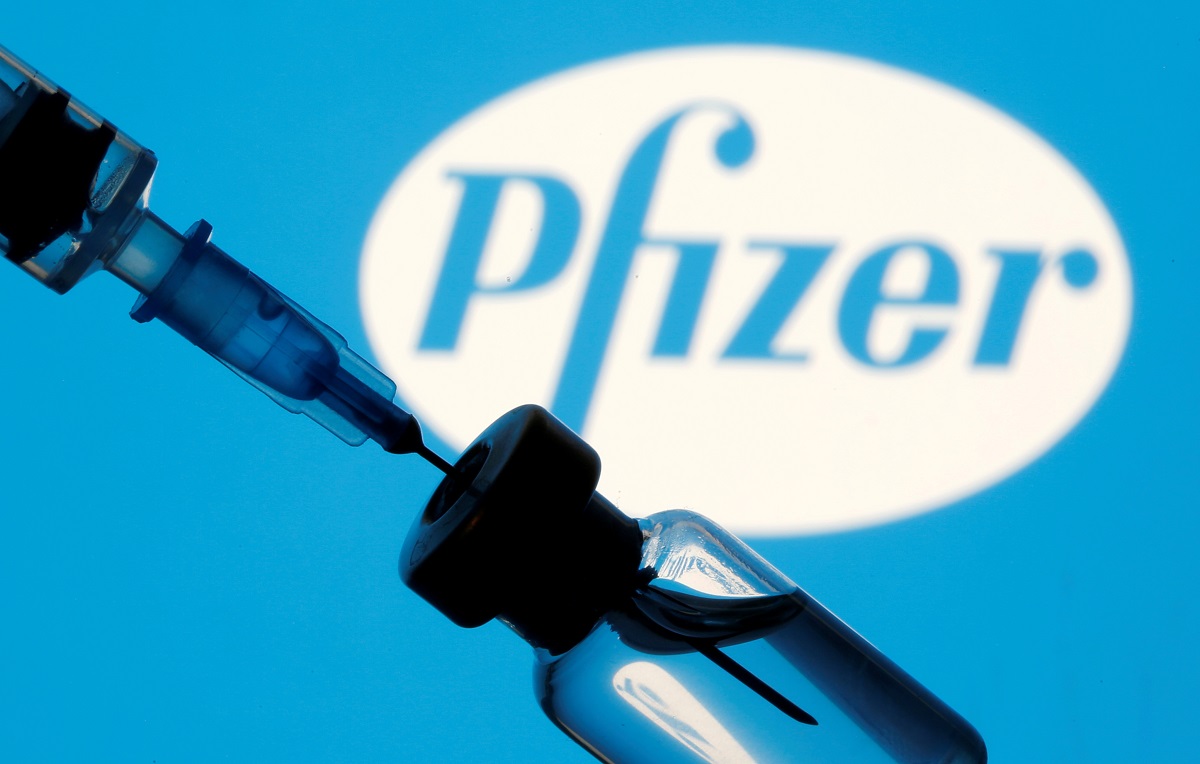 A vial and syringe are seen in front of the Pfizer logo in this illustration. Photo: Reuters/Dado Ruvic

New Delhi: A researcher who was employed by a company that oversaw three clinical trial sites of Pfizer’s COVID-19 vaccine has made shocking revelations about poor practices at the facilities that call the integrity of Pfizer’s data into question and also raise concerns about lax regulatory oversight.

Curiously, the media report has been seized upon by multiple outlets of the Russian media, including the Russian news agency TASS and the Twitter account for the Sputnik vaccine.

Brook Jackson, a regional director who was employed by Ventavia Research Group, told British Medical Journal that the company “falsified data, unblinded patients, employed inadequately trained vaccinators, and was slow to follow up on adverse events” reported in the pivotal phase III trial of the Pfizer-BioNTech vaccine.

Despite Jackson repeatedly notifying Ventavia of the problems, the company reportedly took no corrective action. This prompted Jackson to send a complaint by email to the US Food and Drug Administration (FDA) – the country’s top regulatory body – in September 2020. But less than 24 hours later, Ventavia fired her in an apparent reprisal.

In a further surprise, the FDA did not follow up on Jackson’s complaint either. Though the regulator claims it doesn’t have the manpower to actively monitor and investigate all clinical trials, one person told the BMJ she was surprised that the agency didn’t inspect Ventavia even after an employee had filed a complaint.

“You would think if there’s a specific and credible complaint that they would have to investigate that,” Jill Fisher, a former Ventavia employee, said.

The revelations reported in the BMJ article are limited to three of more than 150 trial sites, which enrolled only 1,000 of around the 44,000 overall participants.

However, the problems at Ventavia could have wider ramifications, including on efficacy data.

Another employee, on condition of anonymity, told BMJ that Ventavia didn’t have enough people to collect swab samples from trial participants who had reported symptoms that were consistent with COVID-19. Because the trial’s endpoint was to identify laboratory-confirmed symptomatic COVID-19, the revelations suggest the data could have been skewed by samples not being collected from participants who had had COVID-like symptoms.

Jackson, a regional director, had 15 years of experience in clinical research coordination and management at the time of her employment with Ventavia. However, her stint at the company lasted only two weeks, in September 2020 – in which time she said she witnessed “poor laboratory management, patient safety concerns, and data integrity issues”.

According to her, her superiors may have been aware of these problems even before she was hired. According to BMJ, in a list of “action items” circulated among Ventavia leaders in early August 2020, one executive reportedly identified three site staff members with whom the company needed to “go over e-diary issue/falsifying data, etc.” One of the staff members was also “verbally counseled for changing data and not noting late entry,” a note indicated, according to the report.

Jackson also recorded a meeting with two Ventavia directors in late September 2020 – in which one of them admitted that the company “wasn’t able to quantify the types and number of errors they were finding when examining the trial paperwork for quality control”. The executive adds, “In my mind, it’s something new every day.”

After realising that Ventavia was unlikely to perform a course-correcting, Jackson said she was frustrated and documented several matters late one night, taking photos on her mobile phone. She said she also provided dozens of internal company documents, photos, audio recordings and emails to BMJ.

ICON, the contract research organisation with which Pfizer had partnered for the trial, may also have been aware of problems at Ventavia. ICON reportedly sent an email to Ventavia in September 2020 highlighting over 100 outstanding queries older than three days whereas “[the] expectation … is that all queries are addressed within 24 hrs”.

Concerned about the scale of problems at the three trial sites, Ventavia executives seemed to expect an FDA inspection. During the meeting that Jackson recorded in late September, one executive reportedly said, “We’re going to get some kind of letter of information at least, when the FDA gets here … know it.”

On September 25, 2020 – which was the following morning – Jackson said she called the FDA and warned the agency about unsound practices in Pfizer’s clinical trial at Ventavia, and also articulated her concerns in an emailed complaint. Ventavia fired her that afternoon.

According to BMJ, she then listed a dozen concerns, including the following (quoted verbatim):

1. Participants placed in a hallway after injection and not being monitored by clinical staff

2. Lack of timely follow-up of patients who experienced adverse events

3. Protocol deviations not being reported

4. Vaccines not being stored at proper temperatures

6. Targeting Ventavia staff for reporting these types of problems

Jackson received an email from the FDA acknowledging her complaint. The email said the agency couldn’t comment on any investigation that might result from her complaint. She reportedly also received a call from an FDA inspector a few days later to discuss her report, but hasn’t heard  anything more since.

Separately, Pfizer had submitted documents to the FDA that included details of a briefing on December 10, 2020, but didn’t mention the problems at the Ventavia sites.

The FDA published a summary of its inspection of the company’s trial in August 2021, after it had given the Pfizer vaccine full (not emergency) authorisation. According to BMJ, the FDA officials had inspected nine of the trial’s 153 sites – none were Ventavia’s.

One person who had worked on over 50 clinical trials in her career said she had “never experienced such a ‘helter skelter’ work environment” as at the Ventavia-managed Pfizer’s trial sites.

“I don’t think it was good clean data,” the employee said of the numbers Ventavia generated for the Pfizer trial. “It’s a crazy mess.”

The second employee also described the environment at Ventavia as unlike anything she had experienced in her 20 years of research. She added that after Jackson was fired, Pfizer had been notified of problems at Ventavia and that an audit took place.

Pfizer has since hired Ventavia as a research subcontractor for four other vaccine clinical trials. These include trials on COVID-19 vaccines for children and young adults, pregnant women, and a booster dose.