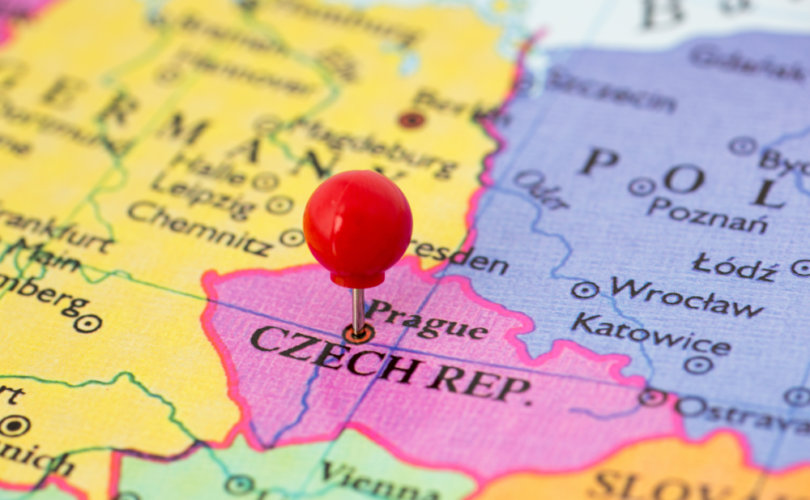 PRAGUE (LifeSiteNews) — The new prime minister of the Czech Republic has reversed his predecessor’s vaccine mandate, stating he does not want to “deepen the rifts in society.”

Prime Minister Petr Fiala announced Wednesday that he is axing former Prime Minister Andrej Babis’ vaccine mandate for senior citizens and healthcare workers that was set to go into effect countrywide in March.

“We’ve agreed that vaccination against COVID-19 won’t be mandatory,” Fiala stated in a press conference. “We do not want to deepen the rifts in society.”

The mandate was initially put in place in early December by the Babis government, and was immediately followed by massive protests and demonstrations against the coercive measure. Merely weeks after the announcement of the order, Babis and his party were replaced as Czech’s leaders by Fiala’s center-right party.

While many have taken to social media to express their gratitude for the decision, the move does not seem to signal that the Czech Republic is completely departing from the mainstream COVID narrative, as Fiala still maintains that vaccination is “undoubtedly the best way to fight COVID-19,” despite a growing amount of recent evidence suggesting otherwise.

Nonetheless, the Czech Republic’s departure from mandatory vaccination seems to be part of a larger movement sweeping across Europe as some other governments are also putting an end to their coercive so-called COVID measures.

Earlier Wednesday, U.K. Prime Minister Boris Johnson announced that he is lifting all restrictions imposed on his people over the coming weeks, including a removal of masks mandates, vaccine mandates, vaccine passports, and forced isolation of the infected.

Despite near-ubiquitous support for COVID measures by world leaders and the mainstream media over the past two years, many scientists have decried vaccine coercion measures as unscientific from the beginning, as coronavirus vaccine trials have never produced evidence that the vaccines stop infection or transmission.

In fact, they do not even claim to reduce hospitalization, but the measurement of success is in preventing severe symptoms of COVID-19 disease. Moreover, there is strong evidence that the “vaccinated” are just as likely to carry and transmit the virus as the unvaccinated.

The recognition that vaccine mandates and vaccine passports are unscientific has been forced into the mainstream as of late with the onset of the omicron variant, as many regions are reporting that the majority of infections and hospitalizations are occurring in the vaccinated. Further destroying the narrative that strict measures are needed to combat the virus is the extremely high survival rate of the “mild” omicron variant, even when compared to the already high survival rate of COVID-19 more broadly.

As recently affirmed by eminent doctor Peter McCullough, M.D., “[For] people under 50 who fundamentally have no health risks, there’s no scientific rationale for them to ever become vaccinated” against COVID-19.