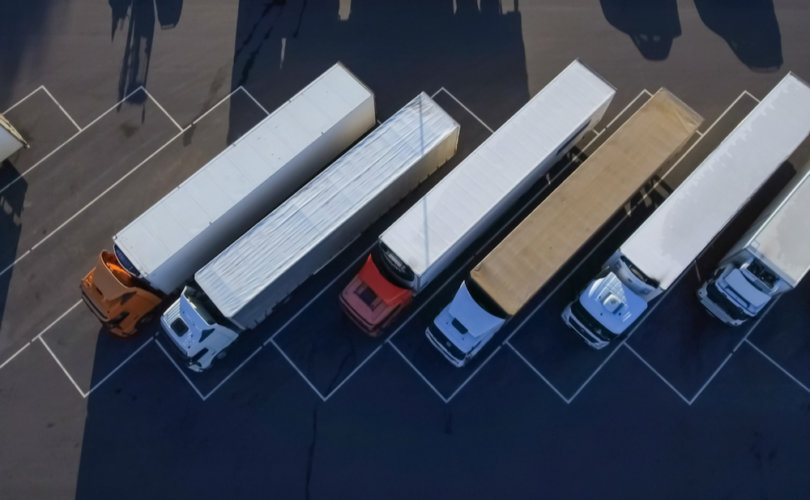 (LifeSiteNews) — A Canadian trucker has left his job over the draconian Canadian vaccine mandates for truckers, saying the damage to the economy is going to be catastrophic.

“Ladies and gentlemen, look around the house. Look at everything you got,” said the trucker who identified himself only as Lee in a profanity-laden viral video. “If you got it, a truck brought it.”

“People — the only thing I could suggest, get you’re a– to a store, first thing in the morning, stock up, because when them shelves go empty, you’re going to be looking for more trucks to bring it, and the trucks aren’t coming — not the way they are now.”

The Canadian government’s vaccine mandate on truckers went into effect on January 15. It requires all truckers entering Canada to be “fully-vaccinated” against COVID-19. The Canadian Trucking Alliance estimates that 10%-15% of its 120,000 truckers will be off the road because of the mandate. Lee asserts that the number is likely much higher.

Despite government and industry estimates, no one knows for sure how quickly and to what extent the imposition of the mandates will impact store shelves. The scenario is compounded by the Biden administration’s decision to enforce a near-identical mandate on truckers, which is expected to go into effect on January 22 and allows only fully vaccinated big-rig drivers to enter the U.S.

Lee expressed his contempt for the mandates and how people are pushing the experimental and potentially lethal COVID-19 vaccines on the unvaccinated. “Go to your pharmacist. Go to wherever you get the shot. Ask them if you can see the insert, the paperwork that comes with the shot. It’s blank. It’s blank. They don’t tell you what’s in it.”

“Everybody likes Pfizer. Go get Pfizer. Pfizer is a better one … Why? Why would Pfizer go to the [U.S. Food and Drug Administration] and ask for a 75-year extension to tell you … what’s in there?”

“You don’t see this? Wake up. Wake up and I suggest you stock up,” he concluded.