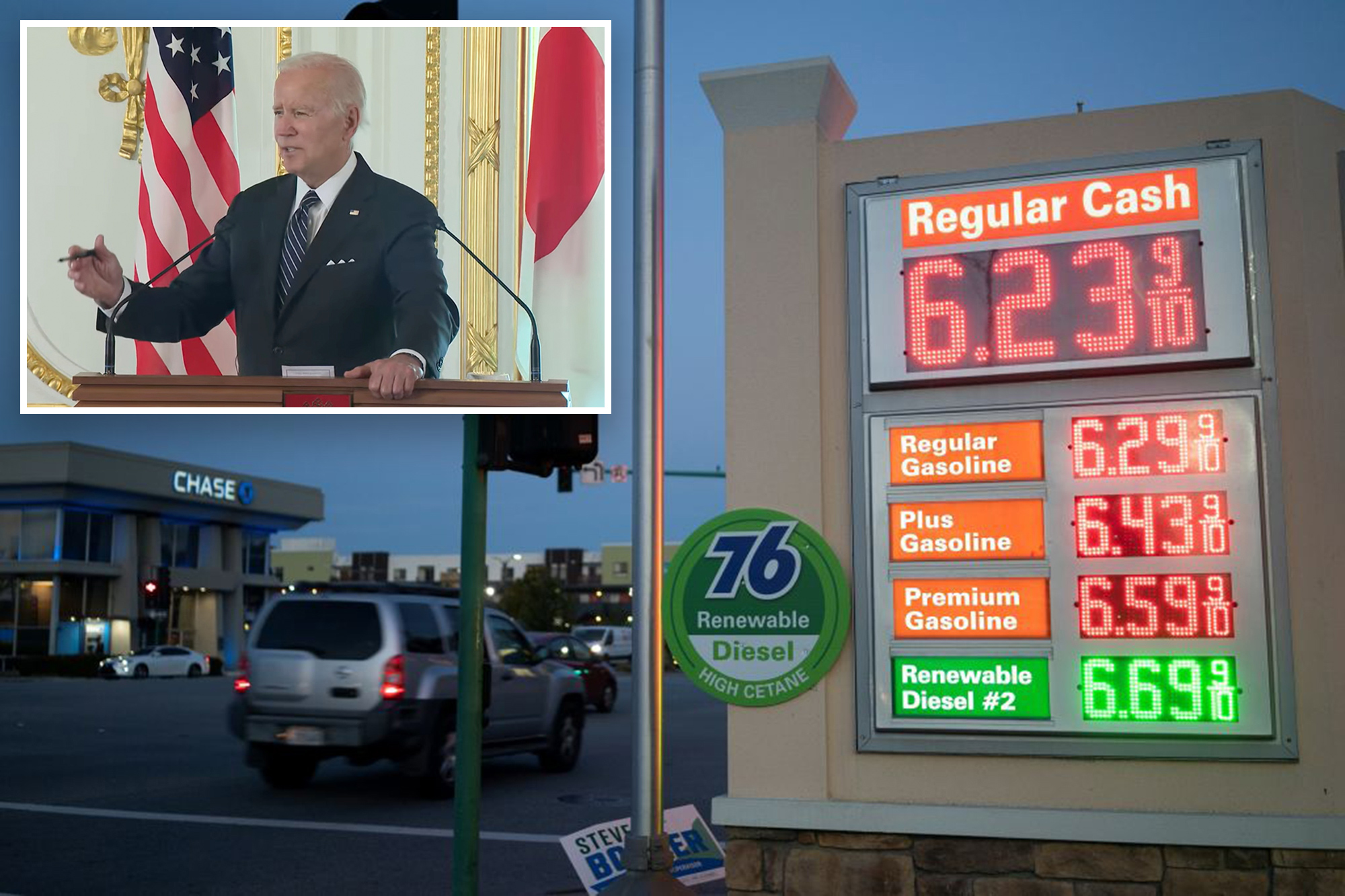 Echoing President Biden’s comments, two European leaders at the World Economic Forum meeting in Davos, Switzerland, described the record gas prices as part of a “painful” period of “transition” to alternative energy that should not be resisted.

German vice-chancellor Robert Habeck, as Summit News reported, said Monday that governments should not seek to protect their citizens from the consequences.

Norwegian finance CEO Kjerstin Braathen described the energy crisis as a “transition” full of hardship but insisted the “pain” is “worth it.”

Speaking about small and medium businesses in Davos, Norwegian finance CEO Kjerstin Braathen says energy transition will create energy shortages and inflationary pressures, but this “pain” is “worth it.” pic.twitter.com/Ne70lRle5W

Biden, meanwhile, said Monday that the pain at the pump was part of “an incredible transition” of the American economy away from oil and natural gas.

“[When] it comes to the gas prices, we’re going through an incredible transition that is taking place that, God willing, when it’s over, we’ll be stronger and the world will be stronger and less reliant on fossil fuels when this is over,” Biden told reporters after his meeting with Japanese Prime Minister Fumio Kishida.

Biden insisted that, nevertheless, his administration’s actions have been able to keep the energy crisis “from getting worse — and it’s bad.”

Germany’s Habeck emphasized that the long-term issue of “climate change,” which was the focus of the Davos conference two years ago, must be a prime consideration. And he said the world must no longer be beholden to the “rule of the markets.”

“We have to state that we collaborate in one world and have some solidarity in the world, but, therefore, we have to change the rule of the markets as well,” he said.

Biden has contended the record high gas prices are largely due to Russia’s invasion of Ukraine. But a video montage of the president’s vows during the 2020 campaign to “eliminate” traditional forms of energy, along with his actions on his first day in office, suggest there are other factors in play.

See the montage of Biden’s condemnation of the oil industry:

Wondering why gas is up $2 since Biden took office? Watch this.pic.twitter.com/X5tcDOPtT8

Biden’s campaign later clarified that “eliminating” oil-based energy meant ending subsidies for the industry and transitioning by 2050 to an economy with net-zero emissions.

Last Thursday, however, Sen. Josh Hawley, R-Mo., tied the president’s policies to the record-high gas prices in an exchange with Secretary of Energy Jennifer Granholm.

Granholm told Hawley “you can thank the activity of Vladimir Putin for invading Ukraine.”

The senator shot back: “With all due respect, madam secretary, that’s utter nonsense.”

Hawley argued that long before the Russian invasion – from January to August of 2021 – “the price of gasoline was up over 30% in my state alone.”

“It has been a continuous, continuous upward tick since then,” Hawley said.

“And here’s what your president did when he first came to office. He immediately reentered the Paris Climate Accord. He canceled the Keystone Pipeline. He halted leasing programs in ANWR. He issued a 60-day halt on all new oil and gas leases and drilling permits on federal lands and waters. That’s nationwide,” Hawley said.

The senator noted the halt affected 25% of U.S. oil production.

“He directed federal agencies to eliminate all supports for fossil fuels,” Hawley continued. “He imposed new regulations on oil and gas and methane emissions. Those were all just in the first few days. Are you telling me that had no effect on our energy supply?”

On March 31, Biden announced his decision to release oil from the Strategic Petroleum Reserve, promising prices at the pump would “continue to come down … it will come down and it could come down fairly significantly.”

Economists warned that the move could make gas even more expensive, and less than two months later, the average gas price has surged to $4.59.

Biden on March 31: Gas prices will “continue to come down … it will come down and it could come down fairly significantly”

Gas prices just reached a new record high for the 9th day in a row. pic.twitter.com/8quZblf5pQ