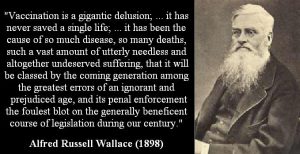 On today’s podcast show Dr Rima Laibow responds to a recent News-Corp article entitled, Vaccination safety: Eight anti-vaccine myths compared with the facts by Anthea Batsakis, Herald Sun. I contacted Batsakis to see if she would be willing to chat with us on a podcast or the Doctors live show, no response. I have copied the 8 Anti-Vaccination arguments debunked below so please read them & listen to Dr Rima’s response in the podcast. There is no debate in regards to vaccine safety or science being presented in this country with Big Pharma propaganda & name calling being the medias only response. Our children’s lives are at risk & as Australia slowly slips into a medical dictatorship I feel that it is imperative to stand up & be heard. Note; Dr Ian Mackay seems to be the main source for this propaganda piece but i may have said, Dr Brad McKey by mistake who is another big pro vaccination cult member.

It’s a Big Pharma conspiracy, they just want more money. The pharmaceutical industry is in bed with the government.

The classic alarmism go-to argument. The University of Queensland virologist Dr Ian Mackay pointed out that vaccinations are an expense you only need to make once, and so aren’t very profitable.“Ironically, with only a few vaccinations, we are protected for our entire life,” Dr Mackay said.He added the issue might be better directed towards those who make vitamins and natural remedies.“These are promoted for regular use, require repeated purchase and thus are an ongoing source for profit, yet they have largely unproven impact upon our health.”

Vaccines can cause autism and it might be because mercury is one of the ingredients.

One study, published in 1998 by UK doctor Andrew Wakefield, suggested the vaccine for measles, mumps and rubella (MMR) could activate autism.This argument fell apart in 2004 after a journalist named Brian Deer revealed Wakefield had falsified the data and had conflicts of interest he kept hidden. The scientific journal where Wakefield’s study was published was removed and he was stripped of his medical license.Since then a barrage of more than 40 peer-reviewed scientific studies has shown a link between vaccines and autism doesn’t exist, whatsoever.Some people argue a type of preservative often used in vaccines might be what’s linked to causing autism. The preservative, called thiomersal, is a salt containing a tiny amount of mercury. But this isn’t the type of mercury that accumulates in the body and causes harm.

Diseases had already started going away from better sanitation and hygiene over time.

This is true, but infectious diseases dropped in number until the point when they began to circulate among us. Vaccinations attack the serious diseases caused by this ongoing circulation.“Some diseases, like cancer due to human papilloma virus (HPV), were not even considered to be involved with infectious agents. Now we have a vaccine that reduces cancer,” Dr Mackay says.
4. FICTION: Vaccinations should be spread out over time.

The Centre for Disease Control and Prevention’s (CDC’s) vaccination schedule means children are protected from 14 different diseases before they’re two years old.Anti vaxxers incorrectly believe this is too many vaccinations in a short period of time, causing the immune system to be overwhelmed by too many new challenges. Experts have sung out time and again against this falsehood. For our entire lives, from the day we’re born, our immune system is bombarded by infectious and non-infectious challenges, Dr Mackay said.“It is the role of our immune defences not only to counter any threat from this assault, but also to ‘learn’ from each encounter and become better at defending us when we cross paths with the same threat over and over again throughout our lives,” he said.“This is the case whether the challenge comes from vaccines or natural infections.”

I’ve heard about other children who got sick after being vaccinated. Vaccinations must have too many dangerous side-effects.

Any of the rare instances of side-effects from vaccines are well-documented and continuously tracked.Just like any medicine, it’s important to ask your doctor about any concerns you might have.“Vaccines have far, far fewer risks than are attached to getting a natural infection by the viruses and bacteria they protect against,” Dr Mackay said.“It’s very possible to have been infected by a common cold virus (there are hundreds) around the same time as you get your influenza vaccine for example.“This may feel like the vaccine gave you the illness, but it’s just coincidence because the vaccine doesn’t have any infectious virus in it.”

It’s my child, it’s none of your business and we should have the right to choose for ourselves.

Vaccinations are not only safe for your child, but also ensure that those who can’t have vaccinations aren’t at risk — such as those who have gone through chemotherapy or the elderly.“Why increase the risk that your children, your parents and grandparents or your friends could become very sick and hospitalised?”“You protect more than just your child when you vaccinate,” Dr Mackay said.

Batches of vaccines called “hot lots” cause more side effects, injuries and deaths than others.

As with anything we put into our bodies, (medicine, food or natural vitamins) there have been instances of problems.When it comes to vaccines, these problems are quickly sorted out because of an ongoing surveillance system that checks for these “adverse events”.Once discovered the vaccines are pulled, studied and then a better version is created.This surveillance, Dr Mackay said, is what makes vaccines safer than less well-monitored remedies.

Vaccine manufacturers are not listing all the ingredients so they could be putting anything into our children.

This is plainly wrong. Manufacturers are required to list the ingredients in every vaccination, according to the Therapeutic Goods Administration.“And they do in quite extensive package inserts,” Dr Mackay said.anthea.batsakis@news.com.au 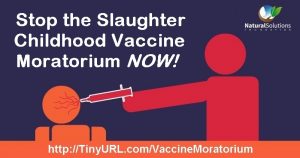 DR. RIMA TRUTH REPORTS BACK ON THE AIR!
www.Spreaker.com/show/drrima 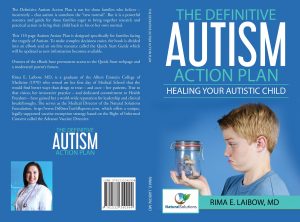 “The Advance Vaccine Directive is a valid Advance Health Directive or Living Will binding on the medical community under the law of Informed Consent. The Wallet Card our legal team developed is based on the latest US Supreme Court “I Do Not Consent” case, Missouri vs McNeely (2013). It covers circumstances in which you may find yourself facing not-consented vaccination, such as being brought into an ER and being subjected to immediate vaccination.” Ralph Fucetola JD, Natural Solutions Trustee 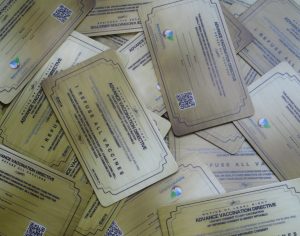