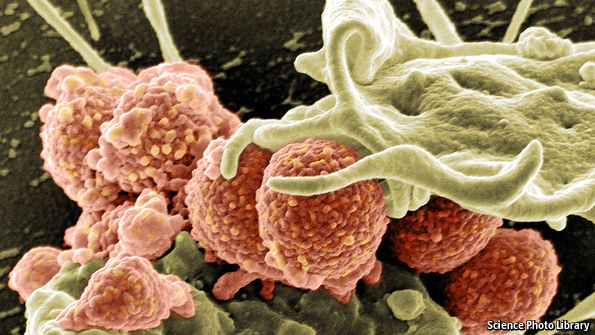 If you’re not in the medical profession, chances are you’ve probably never heard a lot about sepsis in your lifetime. Barring a vague notion you picked up from medical dramas on television that it is some kind of disease, you probably never think about it at all.

But we may be on the verge of hearing a whole lot more about sepsis, and many other formerly routine infections. Some alarming news from the Centers for Disease Control is raising some red flags concerning our future ability to fight infections using antibiotics. And the news may be much, much worse than even the most pessimistic doomsayers have predicted.

Sepsis for instance–a condition that occurs when the body’s response to infection threatens its own tissues and organs, normally treatable with a series of antibiotics of various kinds and IV fluids–has been on the rise. And it has become more deadly.

Between 2000 and 2008, the number of sepsis cases in the U.S. rose from 621,000 to 1,141,000. The number of fatalities it caused also rose, from 154,000 to 207,000, causing many to draw a connection between the declining effectiveness of antibiotics and the inability to save as many people from what has long been thought of as a serious, but very treatable condition.

And this might just be the tip of the iceberg. The CDC has produced a list of 18 antibiotic-resistant microbes that threaten the health of Americans, including drug-resistant varieties of staphylococus, candida and salmonella. Five of them, including MRSA or methicillin-resistant staphylococus cause sepsis.

So some healthcare professionals are anticipating a cascade effect: if the initial infections people present with, like staph or candida, prove difficult to treat with standard antibiotic courses, they can hang around and eventually develop into sepsis, which is now also proving difficult to treat. All of which leaves doctors–not to mention their patients–in a serious bind where one never existed before.

When we think about untreatable superbugs, most of think in zombie apocalypse-type terms: we imagine a plague creeping across the earth, devouring humanity by the millions. But the reality may turn out be much more pedestrian.

That’s because it isn’t just dramatic and deadly infections like sepsis that may come to plague us. A huge problem when it comes to infections are the ones people pick up in hospitals. Imagine a world where the risk factors for relatively simple surgeries like Caesarian sections and hip replacements become too great due to fears over potential untreatable infections.

Another example of the less glamorous effects of drug resistance is the rise in difficulty of treating gonorrhea. There are currently strains out there that are that require a stack of three antibiotics to treat, and even then they don’t always work.

The bottom line is we don’t really know where the bottom line is, in terms of how bad it’s going to get for our ability to treat infections that were once considered a mere nuisance. Perhaps the best advice you can get these days is to not get sick.

And if you do, for God’s sake, stay away from the hospital.
###
http://www.economist.com/news/briefing/21699115-evolution-pathogens-making-many-medical-problems-worse-time-take-drug-resistance