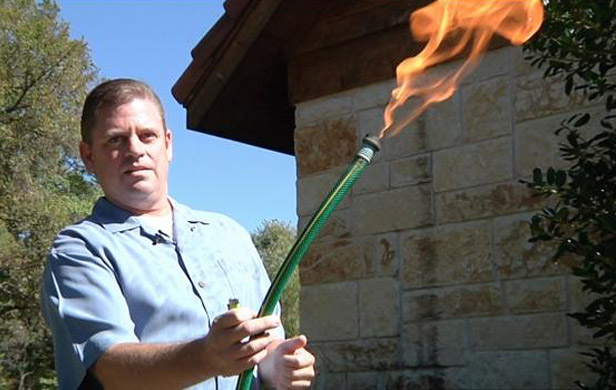 EPA: Fracking And Drinking Water Are Fine. EPA Advisory Board: ‘No. Bad Scientist!’

When your own science advisory board tells you that your science is bad, there is a problem.

Especially when we’re talking about the Environmental Protection Agency–you know, the taxpayer-funded agency that is tasked with protecting not only the environment but also us humans and the animals that live in it from the depredations of big business and their polluting ways.

But that’s just what happened this week after the EPA’s Science Advisory Board reviewed the agency’s research on the impact of fracking–or hydraulic fracturing–on drinking water.

The board, made up of thirty independent scientists, has been reviewing the 1,000-page draft report conducted by the EPA since June of 2015. They stated their concern as to why the EPA would publish a report stating that there is a lack of evidence of widespread impacts of fracking on drinking water.

“The EPA did not support quantitatively its conclusion about lack of evidence for widespread, systemic impacts of hydraulic fracturing on drinking water resources, and did not clearly describe the system(s) of interest (e.g., groundwater, surface water), the scale of impacts (i.e., local or regional), nor the definitions of ‘systemic’ and ‘widespread,’” said the advisory board’s review.

According the review, the EPA’s scientists not only chose to leave out several high-profile cases of contamination in its study, but also abandoned investigations before they reached a conclusion. The advisory board is recommending the EPA produce information regarding these anomalies in the form of detailed summaries on each one.

Hydraulic fracturing is the process of injecting the ground with high-pressure water and sand infused with a proprietary blend of chemicals including benzene and other toxins in order to break up the rock below and release trapped gas and oil. The scenes of homeowners who were able to light their kitchen tap water on fire and the like finally prompted Congress to order the EPA’s original study.

Bu the science review board’s review of the study seems to confirm what many critics have thought all along: that the EPA is a fully captive agency, beholden to the wishes of big gas and oil, and unwilling to tell the public the truth in order to protect the profits of a few.

“By choosing politics over science, the EPA failed the public with its misleading and controversial line, dismissing fracking’s impacts on drinking water and sacrificing public health and welfare along the way,” said Hugh MacMillan of Food & Water Watch. “We are calling on the EPA to act quickly on the recommendations from the EPA SAB and be clear about fracking’s impacts on drinking water resource.”

Indeed, one wonders if the big brains at the EPA have thought this through: if there’s no environment left to protect, what will they do for work?
###