In a 23-page report released Wednesday, FDA officials said, based on their analysis of data submitted by Pfizer and BioNTech, they could not yet take a stance on whether to recommend COVID boosters for the general public. 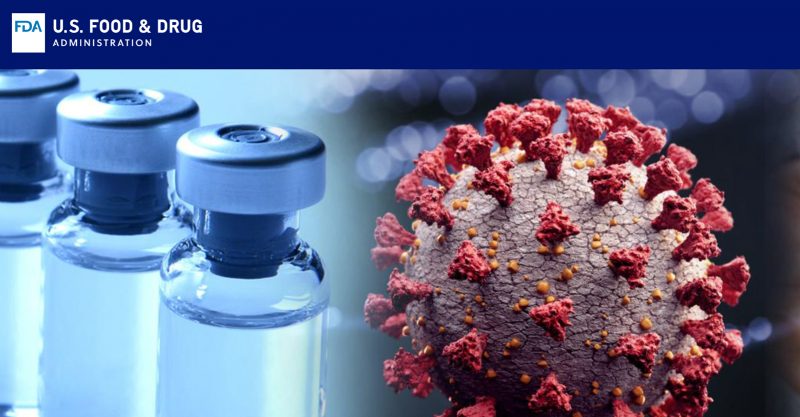 Officials at the U.S. Food and Drug Administration (FDA) expressed skepticism about the need for Pfizer COVID vaccine booster shots in a report released Wednesday.

The report analyzed data submitted by Pfizer and BioNTech as part of the drugmakers’ request for authorization for their vaccine to be given as a booster shot in people 16 years and older.

Officials declined to take a stance on whether to back additional doses of Pfizer’s COVID vaccine saying all available data hasn’t been verified.

“There are many potentially relevant studies, but FDA has not independently reviewed or verified the underlying data or their conclusions,” FDA officials wrote in a 23-page document published on the agency’s website. “Some of these studies, including data from the vaccination program in Israel, will be summarized during the Sept. 17, 2021 VRBPAC [Vaccines and Related Biological Products Advisory Committee] meeting.”

According to STAT, drug companies and some researchers point to data showing the efficacy of the vaccines to protect against all infections is waning and that a third shot will provide additional protection.

Others cite data showing the vaccines are still keeping people out of the hospital and preventing them from dying, indicating a booster is not needed yet.

In separate documents released Wednesday by Pfizer, the drugmaker argued a third dose of its COVID vaccine six months after a second shot restores protection from infection to 95%.

FDA staff took a skeptical tone on the data — as observational studies don’t adhere to the same standards as formal clinical trials.

“It should be recognized that while observational studies can enable understanding of real-world effectiveness, there are known and unknown biases that can affect their reliability,” agency staff said. “Furthermore, U.S.-based studies of post-authorization effectiveness of BNT162b2 may most accurately represent vaccine effectiveness in the U.S. population.”

The FDA’s VRBPAC will meet Friday to discuss Pfizer and BioNTech’s application to administer their vaccine as a third dose, or “booster” shot, to people ages 16 and older.

The advice of the FDA’s advisory panel on the matter will not be binding, but the agency is likely to consider it. If the FDA authorizes a booster dose, the decision on whether to administer them broadly will be taken up by the Centers for Disease Control and Prevention’s (CDC) advisory committee during a meeting scheduled Sept. 22-23.

Berenson said, “the FDA just released its briefing book for Pfizer’s request for a third dose of Comirnaty (or is that BNT162b2? No matter! It’s approved either way, sorta). It is every bit the mess we all expected.”

Berenson said, Pfizer “basically hasn’t bothered to test its booster at all in the people who are actually at risk.” In fact, it only conducted a single “phase 1” trial that covered 12 people over age 65.

“The main Phase 2/3 booster trial (beware efforts to cover multiple “phases” of drug research at once), included no one over 55,” Berenson said. “No one. As in none.”

Pfizer stated in its application for licensure of a booster dose for Comirnaty (p. 11):

“Study C4591001 is ongoing. The study was initially designed to evaluate two vaccine candidates and several dosages in healthy adults in the United States (Phase 1), of which 24 participants (n=12 per age group: 18-55 years and 65-85 years) received a 2-dose primary series of BNT162b2 (30 µg); the study population included healthy men and women and excluded participants at high risk of SARS-CoV-2 infection or with serological evidence of prior or current SARS-CoV-2 infection.”

According to The New York Times, Pfizer officials acknowledged in an interview the company’s booster study was quite small. But they said the data they delivered meets the FDA’s criteria for justifying third shots for people 16 and up.

The FDA’s analysis noted Pfizer provided data on immune response against the Delta variant, by far the dominant variant in the U.S., in only two dozen people.

Understanding the effectiveness of boosters against variants would likely be critical to the FDA’s review, the document suggested (p. 9). “Available data should support the effectiveness of the booster dose, particularly against currently circulating variants,” regulators wrote.

“We don’t have enough data — or any data, really — telling us how well the booster will work,” Berenson said. “The FDA made Pfizer go back and review its data from the pivotal clinical trial from last year.”

Berenson said out of the 300 people who received a booster, one had a heart attack (p. 5) two months later, but Pfizer concluded “it wasn’t related.”

Pfizer concluded the annual risk of a vaccinated person getting COVID is about 7%, Berenson said. However, an additional analysis, Berenson said, indicates the incidence of COVID generally increased in each group of study participants as more time elapsed after the second dose.

Dr. Anthony Fauci, whose team has tracked research from Israel, the UK and elsewhere, said in an interview with Kaiser Health News on Wednesday “there’s very little doubt the boosters will be beneficial.” But, he emphasized, the official process, which includes reviews by scientists at the FDA and CDC, needs to take place first.

“If they say, ‘We don’t think there’s enough data to do a booster,’ then so be it,” Fauci said. “I think that would be a mistake, to be honest with you.”

As The Defender reported Sept. 13, in a paper published in the Lancet, a group of scientists said evidence on COVID vaccines does not appear to support a need for booster shots in the general public right now, according to an international team of vaccine scientists, including some from the FDA and World Health Organization.

Scientists warned there could be risks to boosters if they are widely introduced too soon, or too frequently, especially with vaccines that can have immune-mediated side-effects.

“Current evidence does not, therefore, appear to show a need for boosting in the general population, in which efficacy against severe disease remains high,” FDA scientists Marion Gruber and Phil Krause wrote.

“If unnecessary boosting causes significant adverse reactions, there could be implications for vaccine acceptance that go beyond COVID-19 vaccines. Thus, widespread boosting should be undertaken only if there is clear evidence that it is appropriate,” the scientists said.

The scientists said COVID vaccines continue to be effective against severe disease, including that caused by the Delta variant — but most of the observational studies on which that conclusion is based are preliminary and difficult to interpret due to potential confounding and selective reporting, they said.

As The Defender reported Sept. 1, Gruber and Krause announced they will leave the FDA this fall, raising questions about the Biden administration and the way it sidelined the agency.

Gruber and Krause were upset that the Biden administration announced adults should get a booster eight months after they received a second dose — prior to boosters undergoing review or receiving approval by the FDA.

Neither Gruber or Krause believed there was enough data to justify offering booster shots yet, sources said, and both viewed the announcement, amplified by President Biden, as pressure on the FDA to quickly authorize them.

Earlier this month, the Biden administration announced a plan to begin offering a third booster dose to people who already received two doses of an mRNA vaccine beginning the week of Sept. 20. However, U.S. health regulators have said there isn’t enough data to recommend booster doses for the general population.