NEW YORK (AP) — Southwest Airlines canceled close to 2,000 flights over the weekend, blaming the woes on air traffic control issues and weather.  The airline canceled more than 1,000 flights or 29% of its Sunday schedule, as of 7 p.m. ET, according to flight tracker FlightAware.  That was the highest rate by far of the major U.S. airlines.  Next in line was Allegiant, which canceled 6% of its flights. American Airlines canceled 5% of its flights, while Spirit canceled 4% on Sunday, according to the flight tracker.

Harteveldt says the most troubling reason is the likelihood that some pilots who oppose Southwest’s decision to mandate COVID vaccinations are participating in a “work slowdown.” 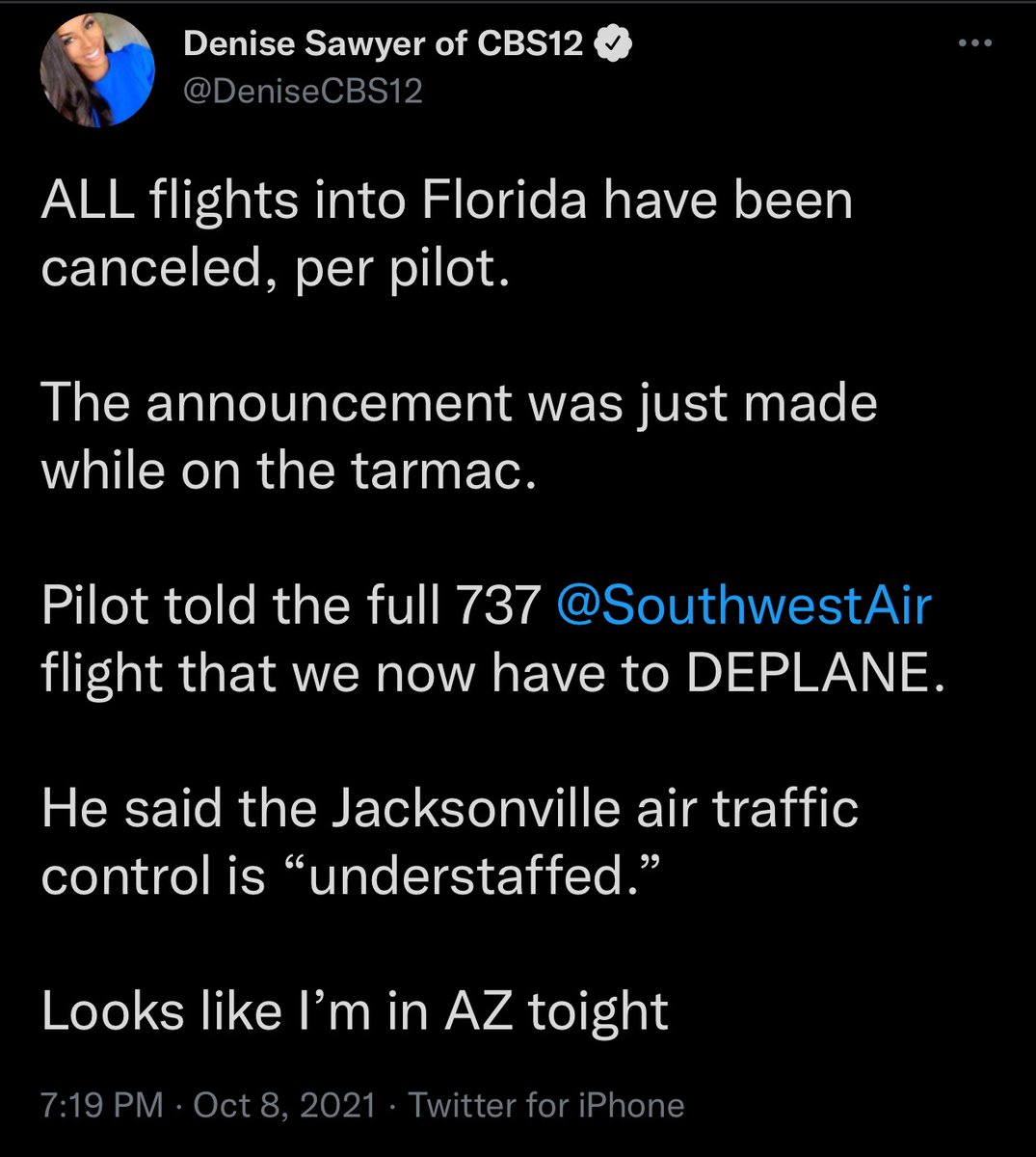 Southwest cancels all flights into Florida

The moment Orlando Airport travelers were informed of the cancellations.

Hundreds of flights today and yesterday have been postponed or canceled into and out of Florida. Legacy media is claiming the outages are due to bad weather, but word has leaked of a mass sickout at the FAA air traffic control center in Jacksonville in protest of federal Vaccine mandates.

Travelers noted that the weather was just fine…