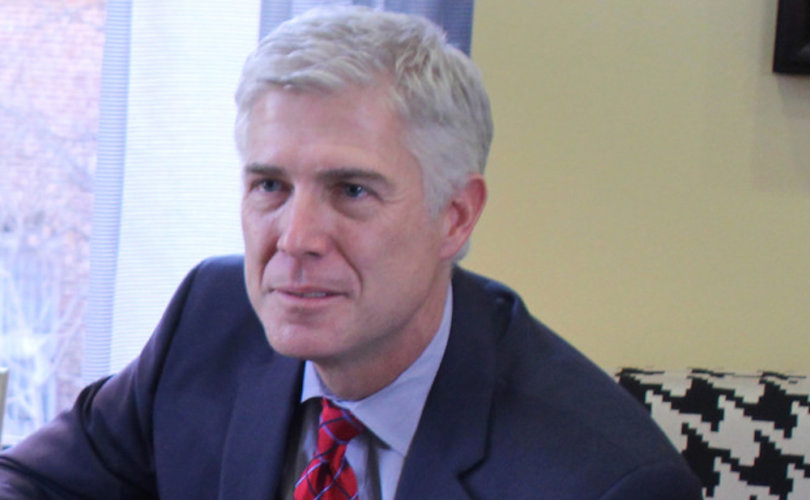 WASHINGTON (LifeSiteNews) — The U.S. Supreme Court will hear a challenge to New York City’s COVID-19 vaccine mandate for city employees after all, despite a previous rejection by one of the Court’s most liberal jurists.

The Big Apple fired more than 1,400 public workers last week for refusal to vaccinate, including more than 900 teachers. Almost 10,000 more jobs are potentially on the chopping block, though appeals for exemptions for medical and religious reasons remain pending.

On February 11, left-wing and misinformation-prone Justice Sonia Sotomayor rejected a request to take up the case by 15 city teachers who argued that forcing them to take the shots, which were developed and/or tested using fetal cells from aborted babies, violates their religious liberty. The teachers allege that the city will only honor requests with the backing of religious leaders, so Catholic exemptions are rejected on the grounds that Pope Francis has endorsed the vaccines.

However, CNN reports that the group resubmitted their application to the more conservative Justice Neil Gorsuch, who referred it to the full court for consideration next month.

While the reversal is a partial victory for mandate opponents, it falls short of the applicants’ request for a block to be issued this week, and there are reasons to doubt the outcome will be a favorable one.

While the Supreme Court did rule 6-3 against the Biden administration’s COVID vaccine mandate for private businesses, it upheld the federal mandate for federally-funded health facilities, and has been generally unwilling to interfere with vaccine mandates from lower governments.

Many Americans continue to harbor serious reservations as to the COVID vaccines’ safety, stemming in large part from the rushed nature of their creation. The Trump administration’s Operation Warp Speed initiative developed and released the shots in a tenth of the time vaccine development usually takes and a quarter of the time it took the previous record-holder, the mumps vaccine, yet their advocates have done little to address the concerns of the hesitant.

In a statement to left-wing “fact-checking” outlet PolitiFact, the Defense Health Agency’s Armed Forces Surveillance Division spokesperson Peter Graves confirmed the existence of the records but claimed that a conveniently-timed “data corruption” glitch made the pre-2021 numbers appear far lower than the actual numbers of cases for those years, which PolitiFact took at face value.

Meanwhile, data indicates that widespread dissemination of the COVID vaccines has failed to end the pandemic. The federal government considers more than 215 million Americans (almost 65% of the eligible) to be “fully vaccinated” (a moving target given the vaccines’ temporary nature), yet data from Johns Hopkins University reported last October shows that more Americans died of COVID-19 by that point in 2021 (353,000) than in all of 2020 (352,000). The Moderna vaccine has been available throughout all of 2021; the Pfizer and Johnson & Johnson shots were made available in late February.

One thought on “Gorsuch gets Supreme Court to review New York vax mandate, despite Sotomayor rejection”