The U.S. Court of Appeals for the D.C. Circuit court ruled the Federal Communications Commission failed to provide a reasoned explanation for its determination that its current guidelines adequately protect against harmful effects of exposure to radio frequency radiation. 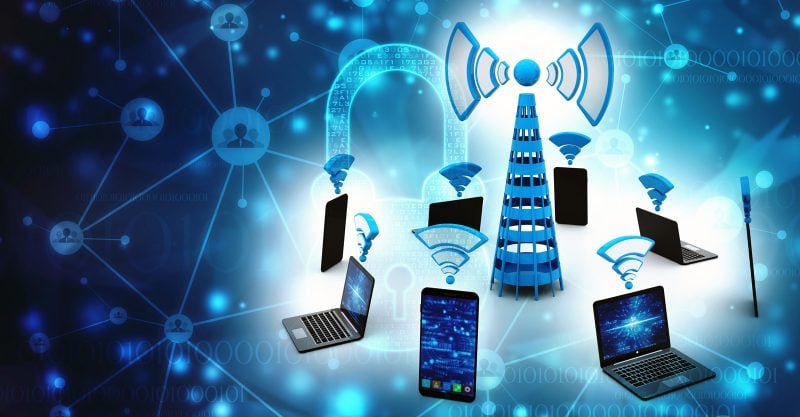 Children’s Health Defense (CHD) won its historic case today against the Federal Communications Commission (FCC), a case challenging the agency’s decision not to review its 1996 health and safety guidelines regarding wireless-based technologies including 5G.

The U.S. Court of Appeals for the DC Circuit published its decision Aug.13. The court ruled that the FCC failed to consider the non-cancer evidence regarding adverse health effects of wireless technology when it decided that its 1996 radiofrequency emission guidelines protect the public’s health.

“The court’s decision exposes the FCC and FDA as captive agencies that have abandoned their duty to protect public health in favor of a single-minded crusade to increase telecom industry profits.”

CHD’s case was consolidated with another similar case that was filed by the Environmental Health Trust. The organizations filed joint briefs in the case.

CHD’s lead attorney for the case, Scott McCollough, a telecommunication and administrative law attorney who represented the petitioners in the hearing, said:

“This is an historic win. The FCC will have to re-open the proceeding and for the first time meaningfully and responsibly confront the vast amount of scientific and medical evidence showing that current guidelines do not adequately protect health and the environment.

The court’s decision continued to say:

The petitioners in the case filed 11,000 pages of evidence of harm from 5G and wireless technology which the FCC ignored, including evidence of already existing widespread sickness.

Attorney Dafna Tachover, CHD’s director of 5G and Wireless Harms Project, who initiated and led the case for CHD, said:

“The FCC will finally have to recognize the immense suffering by the millions of people who have already been harmed by the FCC’s and FDA’s unprecedented failure to protect public health. Finally the truth is out. I am hopeful that following this decision, the FCC will do the right thing and halt any further deployment of 5G.”

The court ruling was a two-to-one panel decision. Judge Robert Wilkins wrote the majority opinion. Judge Patricia Millett joined him and Judge Karen Henderson, who presided over the panel, issued a dissent.

“The U.S. Court of Appeals decision in CHD’s case against the FCC reaffirms my faith in the judiciary. In these chaotic days, courts can still hold out the hope for sober-minded decisions according to the rule of law. I eagerly await FCC action in compliance with the court’s ruling.”

This historic case was filed by CHD on Feb. 2, 2020. The case challenged the agency’s decision not to review its 25-year-old radio-frequency emissions (RF) guidelines which regulate the radiation emitted by wireless technology devices (such as cell phones and iPads) and infrastructure (cell towers, Wi-Fi and smart-meters), and to promulgate biologically and evidence-based guidelines that adequately protect public health.

In 1996, the FCC adopted guidelines which only protect consumers from adverse effects occurring at levels of radiation that cause thermal effects (temperature change in tissue), while ignoring substantial evidence of profound harms from pulsed and modulated RF radiation at non-thermal levels. The FCC hasn’t reviewed its guidelines or the evidence since, despite clear scientific evidence of harm and growing rates of RF-related sickness.

In 2012, the Government Accountability Office of Congress published a report recommending the FCC reassess its guidelines. As a result, in 2013 the FCC published an inquiry to decide whether the guidelines should be reviewed. It opened docket 13-84 for the public to file comments.

Thousands of comments and scientific evidence by scientists, medical organizations and doctors, as well as hundreds of comments by people who have become sick from this radiation were filed in support of new rules. Nevertheless, on Dec. 4, 2019, the FCC closed the docket and published its decision, affirming the adequacy of its guidelines without proper assessment of the comments or the evidence.

The lawsuit, called a Petition for Review, contends that the agency’s decision is arbitrary, capricious, not evidence-based, an abuse of discretion and in violation of the Administrative Procedures Act (APA).

CHD’s lawsuit was joined by nine individual petitioners. Petitioners include Professor David Carpenter MD, a world-renowned scientist and public health expert who is co-editor of the BioInitiative Report, the most comprehensive review of the science on RF effects; physicians who see the sickness caused by wireless radiation in their clinics; and a mother whose son died of a cell phone-related brain tumor.