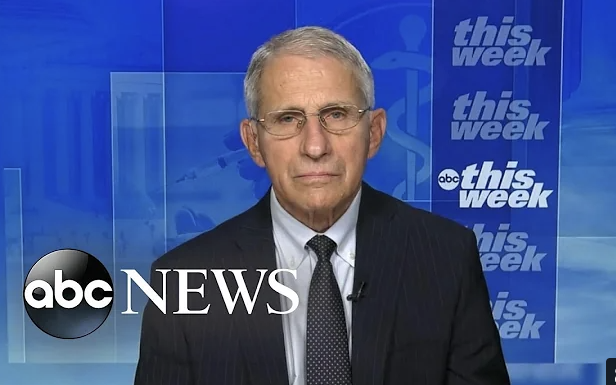 THE HILL – President Biden’s chief medical adviser, Anthony Fauci, said on Sunday that the Johnson & Johnson COVID-19 vaccine likely should have been a two-dose shot instead of a single inoculation.

ABC’s Martha Raddatz asked Fauci on “This Week” if the millions of Americans who received the Johnson & Johnson (J&J) COVID-19 vaccine should be concerned after a Food and Drug Administration (FDA) advisory committee voted unanimously to recommend adults receive a booster shot of the vaccine.

“No, not at all, Martha. I think that they should feel good about it because what the advisers to the FDA felt is that, given the data that they saw, very likely this should have been a two-dose vaccine to begin with.

“So the idea of making a recommendation that people who originally received J&J should receive a second dose 18 or older with none of the restrictions about whether or not you’re at a high risk or not at a high risk is that everyone who received that first dose of J&J who are 18 and older should receive it.”

Last week, an FDA advisory committee met to vote on whether to recommend Americans receive a booster shot of the Johnson & Johnson vaccine … READ MORE.

Mixing and matching COVID-19 vaccines appears to be safe, but the most effective combination isn’t yet known

PhillyVoice – Now that it looks like the U.S. health officials soon may authorize booster shots of the COVID-19 vaccines developed by Moderna and Johnson & Johnson, the question of whether mixing and matching vaccines is safe and effective has become more critical.

Many experts believe that the strategy will increase vaccine availability and allow people to receive boosters more quickly. Studies also have suggested that, in some cases, combining vaccines may increase protection for recipients.

A recent National Institutes of Health study found that people who received the Johnson & Johnson vaccine produced a stronger antibody response after receiving a Moderna or Pfizer booster. And people who first received the Pfizer or Moderna vaccines and later received the other as a booster dose also had a strong immune response.

The findings were presented to the U.S. Food and Drug Administration’s advisory committee during its votes to recommend the use of Moderna and Johnson & Johnson booster shots. The advisors, however, didn’t vote on the mix and match strategy … READ MORE.