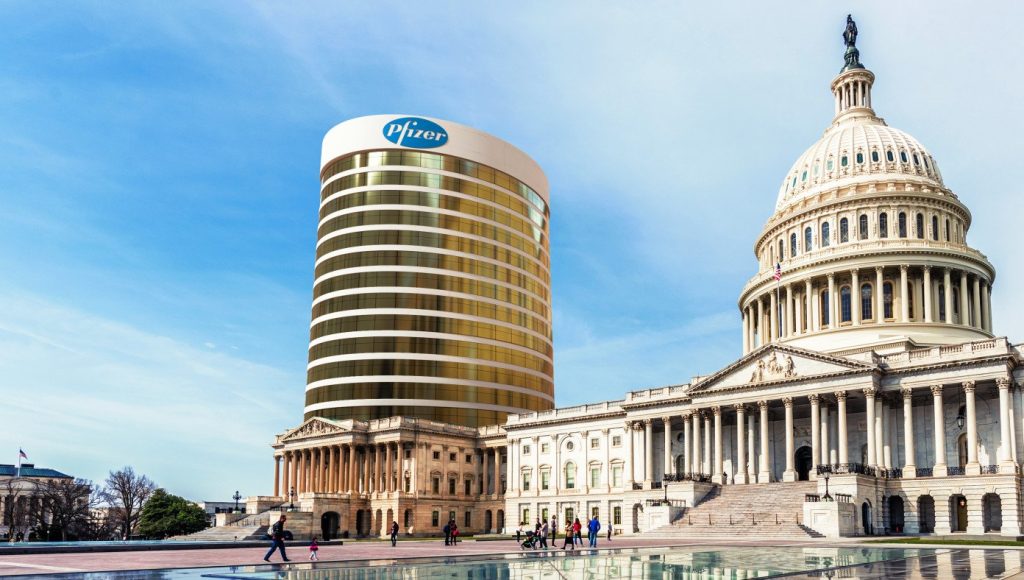 WASHINGTON, D.C.—Senate leaders revealed today that Biden’s “Build Back Better” infrastructure plan will include $86 Billion for a brand-new Capitol Building construction project. The Capitol will be expanded to hold 100 Senators, 435 Representatives, and 1,423 Pfizer lobbyists.

There’s plenty more lobbying where that came from:

Pfizer’s full FDA approval could lead to even greater profits

In 2020, Pfizer spent $13.2 million on its lobbying efforts — that’s up from $11 million in 2019 and the most the company has spent on lobbying since 2009 during the debate over the Affordable Care Act.

Pharma giant Merck is facing accusations of price gouging after it charged the U.S. more than $700 per patient for a taxpayer-funded coronavirus treatment that, according to research, costs just $17.74 to produce.

And plenty of ways to potentially lobby:

Political staffers and top bureaucrats score good Pfizer jobs. Nice career path if you can get it:

Many of the new Big Pharma hires have come from consulting firms with deep and historical links to the current White House, and President Joe Biden himself. In October alone Pfizer tapped Sudafi Henry, Joe Biden’s former legislative affairs director from his days as Vice President.

David Schiappa, a longtime Republican staff member of the Senate holding the role of Secretary for Leader Mitch McConnell, is also lobbying for Pfizer.

It might be all legal. What would stop this trainwreck? An investigative media.