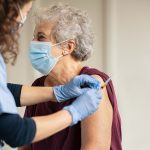 (NaturalHealth365) It’s not uncommon to hear about major drug recalls due to concerns over contamination.  Just three years ago we reported on a major recall by the U.S. Food and Drug Administration (FDA) over a high blood pressure medication found to be tainted with a cancer-causing chemical called NDEA.

In breaking news, drug contamination is the reason for a recent Japan recall of a batch of COVID shots, although regulators in the European Union (EU) are still allowing production to continue at the plant where these shots originated from.

On August 26, Japanese officials halted the use of 1.63 million doses of the Moderna COVID shot that were sent to over 860 jab centers across the nation.  This suspension occurred more than a week after the Japanese distributor Takeda Pharmaceutical found evidence of metal contaminants within many of the shot vials.

According to Japanese health ministry officials, the contaminant found within the botched shots was shown to react to magnets – a finding which certainly calls into question the media’s blanket dismissal of numerous accounts of people showing that their bodies were unusually magnetized following their COVID jab.

Moderna, meanwhile, insists these metal contaminants are “particulate matter” from manufacturing or production, and do not pose any safety or efficacy issue.

The contaminated shots distributed across Japan originally came from a plant in Spain run by pharmaceutical firm Rovi.  Interestingly, drug regulators from the European Union are not going to require the plant to halt production at this time, despite the fact that the investigation over the contamination is still ongoing.

Do NOT ignore the health dangers linked to toxic indoor air.  These chemicals – the ‘off-gassing’ of paints, mattresses, carpets and other home/office building materials – increase your risk of nasal congestion, fatigue, poor sleep, skin issues plus many other health issues.

Unknowingly putting metals into the body can have a variety of harmful health effects.  But it’s not just what shouldn’t be in these drugs that are concerning some.

For example, information from Moderna reveals that their COVID shot – which is now called Spikevax in the EU – contains an ingredient called polyethylene glycol/macrogol (PEG).

According to the PEG Safety Data Sheet, there is no information available on this chemical’s carcinogenic effects, mutagenic effects, endocrine-disrupting effects, teratogenicity effects, reproductive effects, OR developmental effects.  In other words, there isn’t enough evidence to prove that this chemical is safe for human consumption – yet it’s found in common household items including cleaners, baby wipes, and cosmetics.

As a “penetration enhancer,” PEG also makes it easier for other substances – both toxic and non-toxic to pass through the skin and enter the body.

It’s an eye-opening experience to look up the Safety Data Sheet information of each COVID shot ingredient.  For example, another compound found in the Moderna shot called Sodium Acetate Trihydrate has known mutagenic effects in animals (meaning it has shown to be able to mutate DNA).

Consider researching these ingredients yourself as you make informed decisions about your health.